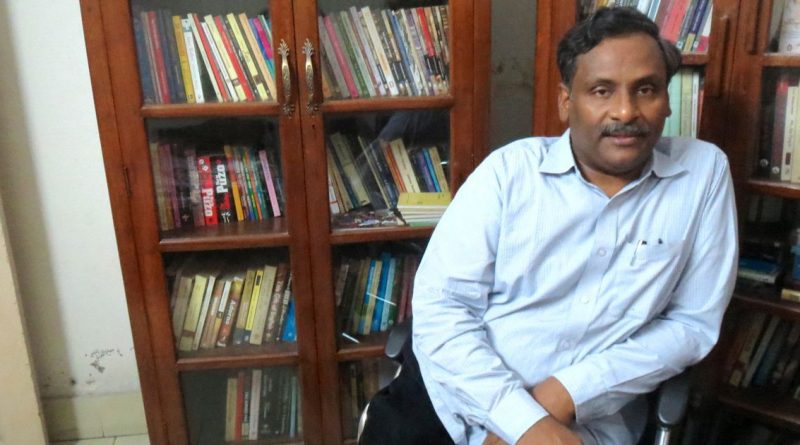 HYDERABAD: Several civil society groups, adivasi student bodies and political parties like CPI and CPI(M) have demanded that professor GN Saibaba be immediately provided with blankets and other medical facilities at the Nagpur Central Prison. They held a round-table discussion on the issue at ICSSR Hall in Osmania University on Friday.

The meeting happened following a letter written by the Professor to his wife Vasantha. He had mentioned that he was not given a blanket though the winter had set in. Saibaba, who has 90 per cent disability and is wheelchair-bound, also said that he was not getting his medicines regularly, causing his health to worsen further.

“Though his lawyer visits him every week with medicines, they reach him only 7-10 days later,” said revolutionary writer Varavara Rao. “Barring the right to mobility, a prisoner has all the other rights. But it’s not happening in this case. So Saibaba wants to be shifted to Cherlapally Central Jail in Hyderabad,” he added. Prof Saibaba has been lodged in Nagpur Central Jail since his conviction eight months ago for having links with Maoists.

A petition to shift him was submitted on August 23. The panel discussed ways to expedite this process, while also taking up a campaign to get him and the six others convicted in the case released.