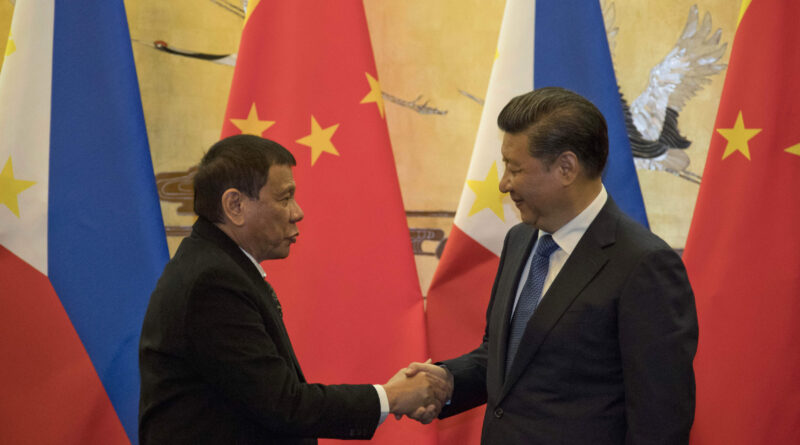 As the Filipino people observe the traditional Independence Day today, the National Democratic Front of the Philippines in Southern Mindanao enjoins all freedom-loving Filipinos to struggle more resolutely in these times of the US-Duterte regime’s treachery, tyranny and shameless sell-out of the country’s patrimony and sovereignty.

The entire revolutionary movement is one with the masses in condemning all reactionary regimes, from the time of the turncoat Emilio Aguinaldo to the current one, that have reduced “national independence” into an empty rhetoric, all the while maintaining the status quo of the reactionary ruling class dominated by big landlords, big bourgeoise comprador and their imperialist masters.

Duterte is an imperialist dream puppet. In instituting neoliberal and fascist policies and programs such as rice tarrification law, Build, Build, Build, TRAIN law, and anti-terror law to name but a few, he caters to both China and US economic, political and military aggression at the expense of the Filipino people’s welfare. The country remains to be a neocolonial cog in the international imperialist production chain, supplying cheap labor and raw materials, and remaining a servile market for surplus products and capital. Meanwhile, the lives of the masses of Filipino peasants and workers remain backward, having been deprived of genuine land reform or national industrialization.

For five years now, Duterte has treated Philippine independence, territories and sovereignty as commodities to be sold to the highest US or Chinese imperialist bidder. He has allowed China to pilfer our economic resources and build military bases in the West Philippines Sea, and effectively crippling the livelihood of over 300,000 Filipino fishermen. Like a dog to its master, Duterte has chosen Chinese interest in belittling and disparaging the Filipino people’s victory in the United Nations Convention on the Law of the Sea ruling that upheld the Philippine’s exclusive economic zone.

Despite his toothless bravado, Duterte has maintained the chains of US imperialism in the country, fluctuating between subservience and blackmail in order to force the US to provide either loans or military aid. Not only has he not scrapped a single military pact between the Philippines and the US, but he has in fact ensured a stronger foothold of US imperialism in the country. However his sycophantic trolls might spin it, electing to protect foreign interest over the Filipino people’s is sheer puppetry, not astute foreign policy.

In refusing to stand up to China’s aggression because the Philippines is supposedly “powerless,” Duterte insults the Filipino people’s spirit and legacy, especially of the Katipuneros who made June 12 a historical possibility, of never cowering in the face of an exploitative, albeit stronger, enemy.
The national united front must be strengthened in order to resolutely fight the Duterte regime’s sell-out of our sovereignty to US and China, especially that the regime is clearly using the Covid-19 pandemic in order to curtail the Filipino people’s basic freedoms. In these times, the armed struggle being waged by the New People’s Army—imbued by the spirit of the very first armed resistance of Datu Lapulapu 500 years ago and the Katipuneros during Spanish colonization—remains the masses’ strongest weapon against the Duterte regime and their fervent expression of freedom and struggle for national independence and democracy.

Today and during how ever many other regimes to follow, the Filipino people shall wield their freedom to resist until victory!