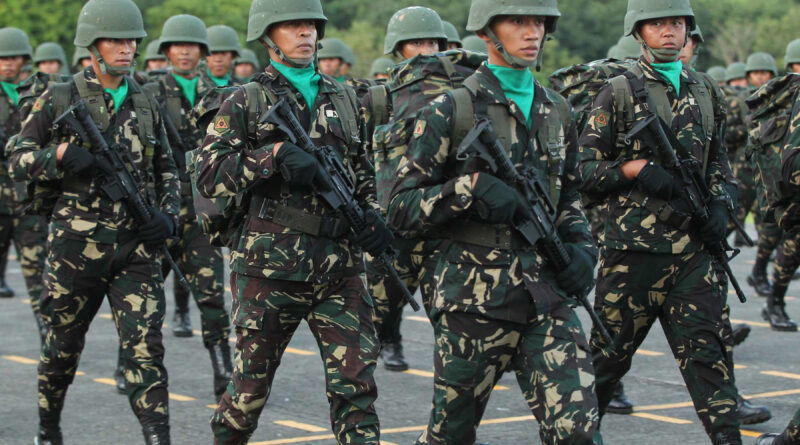 For the truly national and patriotic members and officers of the AFP-PNP-CAFGU,

On this Day of False Freedom, we would like to extend our congratulations and recognition to some of your sincere and sincere desire and commitment to serve and protect the country and the Filipino people.

We know many of your ranks, especially those like us from the ranks of the peasantry, workers, progressive intellectuals and other exploited and oppressed people. You have also felt the hardship and suffering of the masses oppressed in a society like ours semicolonial and semifeudal and dominated by landlords, big capitalists and bourgeois compradors and foreign slaves.

You yourselves are part of the oppressed and exploited masses. In fact, most of you have chosen to become soldiers or police because there is no other opportunity to work and earn a living. While some of you have been chosen to become soldiers and police because of a genuine desire to serve as a servant of the people and a protector of the country’s patrimony and sovereignty, lives will be sacrificed.

But have you ever asked yourselves why in disputes between landlord and farmer you find yourself siding with the landlord? Or why in the workers’ strikes have you become a tool of big capitalists and foreign corporations? Or why when there are protests and mass movements your weapons are aimed at both your oppressed masses, at your own brothers, parents and relatives? Or why is your sworn duty to serve and protect the country the present equivalent of your opposition to your fellow masses?

We know, many of you are tired, very weak and very disgusted or maybe there are many questions about the US-Duterte regime’s continued harassment of you in its “wars”, in fact and in essence wars against -people.

From the “war on drugs” that killed at least 30,000 civilians and drug suspects; the “war in Marawi” that destroyed homes and property and expelled thousands of our Moro brothers; the “war on insurgency” that Duterte and government brainwashed are now using to suppress the democratic rights of the people and intensify state terrorism in both rural and urban areas; in the “war against corruption” so you also witness the worst corruption of high-ranking officials in the AFP and PNP institutions; and even in the “war against Covid-19” where you are placed as the “front-liners” of the government’s militarist response but no proper protection and solution is in place by the government to save your families and the entire people from the continuing spread of the pandemic .

We urge you to ask yourselves: For what and for whom are these wars where you are being targeted and forcibly fed by the US-Duterte regime? Does it serve the majority of the people? Or is Duterte just using you, his generals, exploitative classes and foreign imperialists to advance their interests and greedy usurpation of power?

Like the majority of the Filipino people, you are a victim of a ruling system deprived of basic rights, development and true social democracy.

At a time when Duterte and AFP–PNP officials have ordered you to side with the exploiting classes and imperialists, it is only fitting that you have the honor and stand to fight for the interests of the people. If you issue the order to suppress and kill the peasant masses, workers and other democratic and national sectors of the people, you have the duty and right to take sides and sort out the oppressed and long-suffering. suffer the exploiter of them.

We therefore urge you not to trust a power that has trampled on our sovereignty and exploited the people. Get rid of the mercenary orientation of the AFP-PNP and do not use the exploitative class of society.

We will rely on the heroism, courage and ability of the masses to defend themselves against the classes and forces that exploit them. As long as the exploitative social system remains, the AFP-PNP will never be able to suppress and crush the resistance and struggle of the people. And as long as the US-Duterte regime remains in control and the AFP-PNP institution is exploitative, it will remain an enemy of the masses of the people.

We will rely, above all, on the strength and national unity of the people. We urge you, true national and patriotic members and officers of the AFP-PNP, to side with the broad masses of the people who are already hated and want to end the tyrannical, corrupt and oppressive US-Duterte regime.

History has proven that there are many ways to do this-through your participation in the expulsion movement and progressive movement against the US-Duterte regime, or either through open or covert support or actual solidarity with the people’s revolutionary movement. Either way, history has once again proved that the masses of the people will wholeheartedly accept and embrace the courage you feel.

At this point in our history, we urge you to ask yourselves: Would you rather be an enemy to the masses of humanity, or be a friend and true servant of humanity?