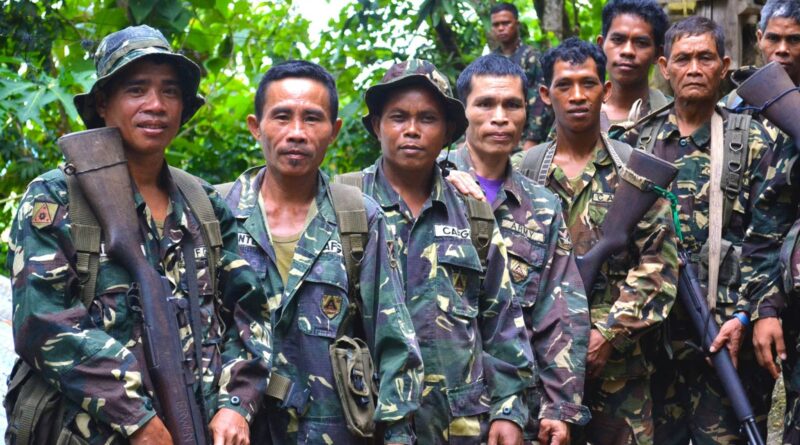 Duterte’s coalition of force multipliers is but a coalition of mercenaries–a rebranded paramilitary group that will serve as an extension of the AFP-PNP-CAFGU in defending and upholding the interests of his fascist regime. It will perpetuate, rather than fight criminality and terrorism. It will endanger, rather than secure the lives of the entire populace.

Truth is, Duterte’s call for the civilian population to take up arms is not new. Every reactionary administration has abused the Commander-in-Chief’s Constitutionally-granted power to call out the citizens to protect the state in order to recruit more goons. CHDF, ALSA MASA, CAFGU, MASA MASID and even state-sponsored bandits like the ABB-RPA all serve to protect no one but the ruling class. To assert, or even try deceiving the people that these mercenaries serve the Filipino people is utter disrespect to the victims of State-sponsored killings and abuses.

Armies created by the fascist state are innately corrupt and murderous. Their primary function is to serve and protect those who pay them well and on time. They use force to coerce and terrorize the people. They kill and kill and kill with no principle or conscience, secured that the State that hired them will never put them behind bars or hold them accountable.

The State’s civilian army has put the people in greater harm, as evidenced by several cases in the region. In 2017, a CAFGU element, alongside his military masters, raped and murdered Diana Razo inside a military detachment in Sorsogon. Her remains were found within the perimeter of said headquarters.

Using their mastery of the physical and social terrains, the State’s civilian army are the ones who betray community members and treacherously murder their neighbors, becoming assassins and active members of the State’s death squads. A CAFGU element, Raymundo Fombuena, was one of the elements of the death squad responsible for the murder of Brgy. Kgwd. Bernabe Estiller in Sta. Lourdes, Sorsogon on November 8, 2019.

Duterte has, once again, failed to learn from history. The people will never take up arms to serve the State that oppresses and exploits them. But they will always do so, ever more willingly and fervently, to join and advance the armed revolution being waged by the CPP-NPA-NDFP. They have done so for the past five decades, and they will continue to do so until they triumphantly crush the fascist state machine along with this semicolonial and semifeudal society that enables its existence.