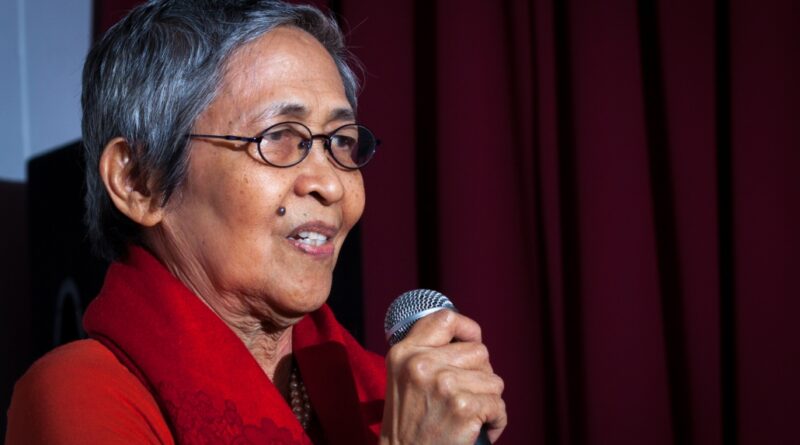 NDFP chief political consultant Jose Maria Sison told Kodao that de Lima is the most senior and most available among the members of the Left’s peace panel.

Sison added that de Lima, his wife, is also the “most secure for relating to the third party facilitator with matters pertaining to the NDFP section of the Joint Secretariat and Joint Monitoring Committee of the Comprehensive Agreement on Respect for Human Rights and International Humanitarian Law (CARHRIHL).”

Established in June 2004, the Joint Secretariat is tasked, among others, to receive and investigate complaints of human rights violations.

The Government of the Republic of the Philippines (GRP) has refused to hold offices in the Joint Secretariat’s Cubao, Quezon City headquarters for several years already, however.

Signed by both parties in March 1998, the CARHRIHL is the first of four substantive agenda on the peace talks based on The 1992 GRP-NDFP Hague Joint Declaration.

The three other substantive agenda are social and economic reforms, political and constitutional reforms, and the cessation of hostilities and disposition of forces.

The Royal Norwegian Government has been the third party facilitator of the GRP-NDFP peace negotiations since 2002.

It has been engaged in on-off peace negotiations with the Philippine government since 1986 after the downfall of the late dictator Ferdinand Marcos.

‘No rush to appoint replacements’

Sison also told Kodao in an online interview that there is no rush to appoint replacements to Agcaoili and NDFP Negotiating Panel Reciprocal Working Committee vice chairperson Randall Echanis who has brutally murdered last August 10.

Sison said that the lack of peace negotiations while Duterte is in power is temporary and will not last long.

“The National Council of the NDFP has enough time to complete the NDFP Negotiating Panel with the replacements of Ka Fidel and Ka Randy and revitalizing the working committees before peace negotiations will probably resume after (GRP President Rodrigo) Duterte is gone,” Sison said.

Duterte shall end his six-year term in June 2022.

“The broad united front against Duterte expects that his successor will opt for peace negotiations,” he added.