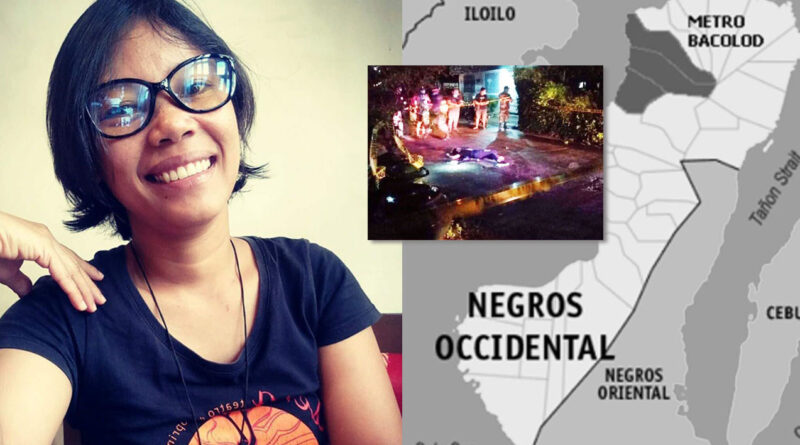 The Communist Party of the Philippines (CPP) today condemned the Duterte regime and its fascist terrorist agents for carrying out the assassination last night of Zara Alvarez, 39, a community health worker and human rights advocate in Negros.

Alvarez was gunned down in Barangay Mandalagan, Bacolod City at around 8 p.m. last night. According to Karapatan Human Rights Alliance, she was a paralegal officer of its Negros branch. She was also research and advocacy officer of the Negros Island Health Integrated Program (NIHIP). Alvarez was the second activist killed by state forces in a week following the assassination of Anakpawis chairperson Randall Echanis last August 10.

“The killing of Alvarez amid the pandemic is a brazen assault of the Duterte regime against the democratic rights of the Filipino people in its attempt to suppress the people’s seething indignation over the regime’s bungled pandemic response, corruption, treachery, brutality and mendacity,” pointed out Valbuena.

For several years, Alvarez was subjected to threats and harassment by the Duterte regime which tagged her as a terrorist in the proscription case filed by the Department of Justice against the CPP and the New People’s Army (NPA) in 2018. State forces circulated fliers and posters bearing her name and photographs accusing her of being an NPA leader in Negros.

Her colleagues, however, disputed the military’s claims asserting she has been helping the NIHIP in providing basic medical services and training to marginalized communities in Negros Island. She was chair of Anakbayan-Negros, deputy general secretary of Bayan-Negros, and education director of Karapatan Negros. She was a political detainee in 2012-2014 under the Aquino III government. All trumped-up charges filed against her have been recently dismissed.