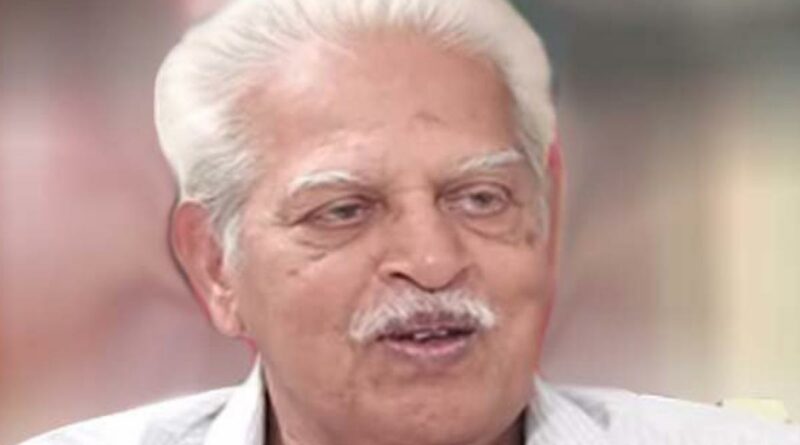 Mumbai, January 19, 2021: The counsel for poet and political prisoner Varavara Rao, who is an accused in the Elgar Parishad case and is currently admitted in a private hospital in Mumbai, today requested the Bombay High Court to grant him bail on medical grounds, saying the Taloja Prison hospital in Navi Mumbai lacks adequate infrastructure to treat him.

Senior advocate Anand Grover told a bench of Justices SS Shinde and Manish Pitale that the Taloja prison where Varavara Rao was lodged as an under trial does not have the necessary infrastructure to provide proper medical care to him.

Mr. Rao, 81, is currently admitted in Nanavati Hospital in Mumbai. His latest medical report from the hospital says that he is “hemodynamically stable and fit for discharge”, Anand Grover told the high court.

“However, once discharged and shifted to the Taloja prison, Mr. Rao will require constant monitoring and medical attention, for which the infrastructure at the Taloja prison hospital will be inadequate,” Mr. Grover said.

Anand Grover said Varavara Rao was suffering from kidney failure and other ailments for which he was being administered around 20 different medicines a day when he was admitted at the Taloja prison hospital.

These medicines were for serious health issues like heart ailments, blood pressure, and recurring delirium with dementia-like symptoms, he said, adding they included blood thinner and anti-depressants.

Anand Grover urged the high court to let Varavara Rao be with his family to recover fully and be fit to face trial in the case.

“The Taloja prison hospital is not equipped to monitor him. There are structural problems. And we do not want the public exchequer to be used for this (Mr Rao’s treatment) always, especially when there are two doctors in his house. His daughter and son-in-law are doctors,” Mr. Grover told the court.

He said when Mr. Rao was admitted to the government-run JJ hospital in Mumbai last year, he was not taken care of “properly”, and hence he had to be admitted to Nanavati Hospital.

The bench, however, intervened saying state-run JJ Hospital and St. George Hospital are considered to be among “the best hospitals” with competent doctors.

“However with the influx of patients amidst the COVID-19 pandemic, the hospital must have been overwhelmed,” the bench said.

“Many citizens, including a former Chief Justice of this court, preferred state and civic run hospitals like JJ and St George over private hospitals,” the high court said.

Anand Grover further submitted that Mr. Rao was accused in 24 cases, and that he was acquitted in all of them.

“He is willing to stand trial tomorrow (in the present case). But that will not be fair. He suffers from a neurological problem. If he is allowed to be with his family, he will be in a position to stand for trial,” he said.

National Investigation Agency’s (NIA) counsel Additional Solicitor General (ASG) Anil Singh told the bench that Mr. Rao has recovered enough to be discharged from the private hospital and be shifted to the Taloja prison.

The ASG also said that Mr. Rao’s initial medical reports did not mention that he suffered from dementia.

At this point, the bench asked if dementia was a reversible condition, “and how could it be that Mr. Rao’s counsel said he suffered from dementia but the NIA said he did not”.

“This delirium brings about repeated symptoms of dementia,” he said.

The high court will continue hearing the arguments in Mr. Rao’s bail plea on Wednesday.

Varavara Rao has been in and out of JJ Hospital and the Taloja prison hospital since his arrest in June, 2018.

On July 16 last year, the activist had tested positive for coronavirus, after which he was shifted to Nanavati Hospital.

He was discharged from the hospital following a final assessment report on July 30 and sent back to the Taloja prison.

In December last year, Mr. Rao was admitted to the private hospital again following the intervention of a bench of Justice Shinde and Justice MS Karnik.

Besides his bail plea on medical grounds, the high court is also hearing a writ petition filed by Mr. Rao’s wife Hemlatha, alleging a breach of his fundamental rights due to his continued incarceration without adequate medical care.

Varavara Rao and a few other left-leaning activists were arrested for alleged links with the CPI (Maoist) following the Elgar Parishad conclave in Pune on December 31, 2017.