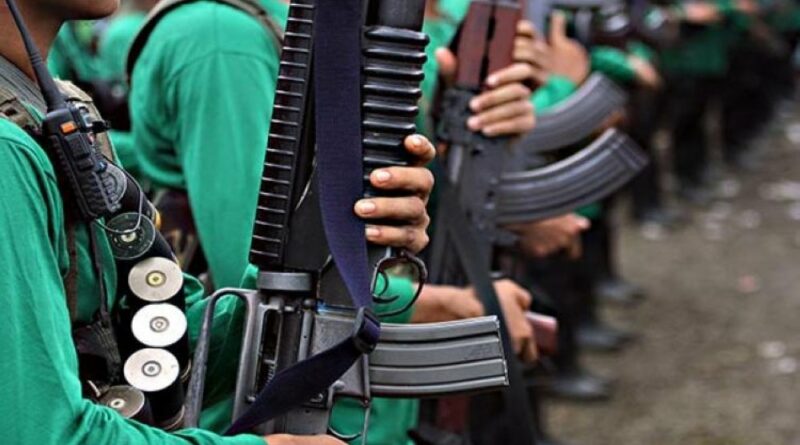 January 17, 2021: Three (3) were killed, one was wounded and three firearms were seized in a successful ambush launched by the Santos Binamera Command unit – New People’s Army Albay against elements of the 31st Infantry Battallion – Phil. Army in Brgy. Banquerohan, Legazpi City on January 17, 2021 at 8:00 am.

The ambush was in response to the demand of the Albayano masses for justice in the overlapping fascist crimes of the 31st IB, one of the bloodiest and brutal battalions deployed in Bicol that is now also plaguing the Sorsoganon masses. This includes the murder of civilian Eddie Bellugo in Brgy. Banquerohan and other human rights violations caused by the Anti-Terror Law crackdown on residents and LGU officials of the villages now covered by the military operation of such battalion. The Bicolano people will also never forget the horrific massacre of 5 farmers in Brgy. Dolos, Moon town in Sorsogon. It is also in response to the request of some friends of officials in the local government unit to punish RTF-ELCAC for its insistence that the civilian government submit to military dictation and control.

It also shows the NPA-Albay’s determination to defend the people from Duterte’s imminent widespread repression after the Anti-Terrorism Council formally “designated” the CPP-NPA as a terrorist organization at the end of December 2020. As of 2021, the military and police in the region have unleashed a series of fascist attacks in which a series of recorded cases of political killings, illegal arrests and fake surrenders have been recorded. Such violations shape the vision of “Jakarta Style”, a bloody murder campaign that is part of Duterte’s anti-communist pursuit. Beyond simple Redtagging, any suspicion related to the revolutionary movement as well as other military fascist intimidation is explicitly executed.

It will also take steps to get the Joint Task Force Bicolandia and its Commanding Officer Maj. Gen. Henry Robinson in the illusion that the war against the people of their chief commander Duterte in the region is winning. The JTFB’s blasphemy is based on the shocking fact that Bicol is one of the leading regions in the recorded human rights violations under Duterte. Bicol is nationwide leading the recorded victims of political killings (34), massacre cases (4) and barangays affected by military attacks (144). In addition, hundreds of cases of forced surrender, illegal arrest, torture, beating and bombing of helicopters in communities have been recorded.

SBC-NPA Albay calls on the people to prepare and to be alert for the insane vengeance of the 31st and 49th IB. The Red Army’s tactical offensives are in response to the demands of the masses and allies in the LGU for justice and the continued strengthening of the NPA despite the fake surrenders.