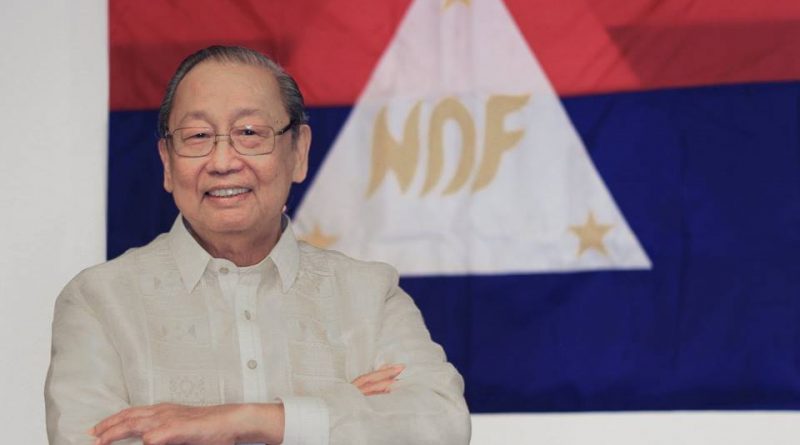 It is a matter of fact that Duterte has already used the Covid-19 to grab emergency powers and to rob the people of public funds by getting the authority to dispose of more than 350 billion pesos and realign the trillions of pesos in the 2020 budget of the reactionary government.

He has imposed a series of lock downs on the people and has deprived them of incomes, means of livelihood and food as well as public transport to any medical facility. He has not fulfilled his promise of providing food assistance to 18 million families, social compensation for wages lost, mass testing and treatment of patients for Covid-19 and other illnesses and adequate compensation and protective gear for the health workers.

He has continuously engaged in military offensives against the NPA and the communities suspected of supporting the NPA. Now, he and his military minions have invented a few incidents and magnify these to misrepresent and slander the New People’s Army as fouling up the supposed government distribution of food and money to the people. Thus, he covers up the scandalous plunder of public funds which have been misappropriated through contracts for overpriced goods and services under the pretext of fighting Covid-19.

Worst of all, he has threatened to declare martial law formally and to suppress legal progressive organizations, the critics and opponents of his regime and the broad masses of the people in both urban and rural areas. He has been in fact engaged in imposing military and police rule over the people and is exposing his ultimate goal of formally declaring martial law, imposing his Marcos-type fascist dictatorship on the people and perpetuating himself in power beyond 2022.

Duterte has no real intention to fight Covid-19 but to use it to advance his scheme of fascist dictatorship. The malice and evil character of Duterte and his regime are well-exposed by his refusal to reciprocate the ceasefire declaration of the CPP, to release the prisoners in congested ordinary and political prisons and to heed the call of the NDFP and the PEPP for the resumption of the GRP-NDFP peace negotiations.

Duterte has long been crazed by power and greed. He wants to perpetuate himself in power but is oblivious of his advanced age and bad health condition. And he seems to be ignorant that within his own armed forces and police there are anti-Duterte groups like the Magdalo and so many more officers and enlisted personnel who oppose their use as the private army of Duterte for the purpose of keeping himself in power, letting him plunder the country and selling out sovereign rights to US and Chinese imperialism.

Given the rapidly worsening crisis of the world capitalist system and the domestic semi-colonial and semi-feudal ruling system, the broad masses of the people are not at all frightened by the threats of Duterte to declare martial law formally. Instead, they are deeply pained and enraged by the intolerable suffering that they are being made to suffer. They are therefore desirous of revolutionary change in accordance with their own national and democratic rights and interests. In so many forms of public manifestation, they are in fact urging their own revolutionary forces to intensify all forms of resistance.