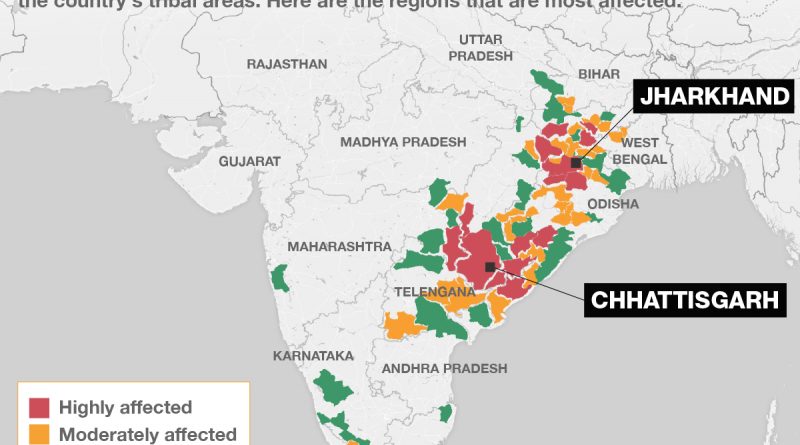 RAIPUR: A woman fighter of the banned CPI (Maoist) was killed in an exchange of fire with the security forces at Chotedonger in the edgy district of Narayanpur in south Chhattisgarh on Wednesday.

The joint party quickly took cover and retaliated, Garg said, adding that the gunfight continued for over 45 minutes following which the rebels fled crossing the river.

“We have recovered the body of an unidentified woman Maoist in uniform from the encounter site. The injured security personnel were airlifted to Raipur for medical treatment”, the SP said.

The forces also recovered one SLR rifle, one 12 bore rifle, some ammunition and Maoist literature from the area.

Narayanput is among the seven worst Maoist-affected districts in the conflict zone of Bastar.