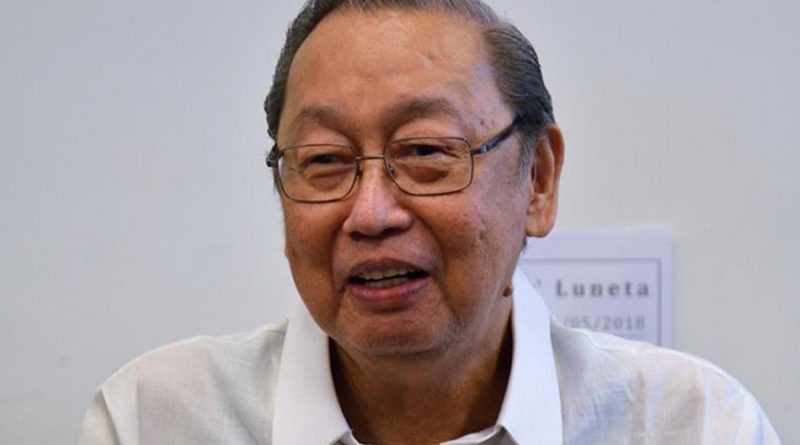 Economists and statisticians of the Philippine reactionary state and the IMF claim that the Philippines is a “newly-industrialized country” or an “emerging market”. The illusion of industrial development is conjured mainly by understating the share of agriculture in production output and employment and overstating the shares of industry and services, especially the latter, which are not founded on Philippine industrial development.

In fact, under the neoliberal policy for the last four decades, the underdeveloped pre-industrial and semifeudal character of the Philippine economy has been aggravated and deepened by making it more consumption-oriented and dependent on imported equipment and consumer manufactures, mounting foreign debt, volatile flows of portfolio investments, foreign exchange remittances of migrant workers and the income of call centers.

The GDP for 2019 is USD 376 billion. Divide this with the population of 109 million to get the GDP per capita. The GDP shares by sectors as of 2018 are supposedly as follows: agriculture 7.4%, industry 34 % and services, 58.6 %. The labor force of 45 million is distributed as follows: services 58.9 %, agriculture 22.0 % and industry 19.1%. These figures for sector outputs and employment are unreliable to say the least and need to be corrected by further research.

Dividing the GDP by the population to get the GDP per capita and understating the number of poor people at 16.6 %by using only USD 3.20/day to set the poverty line are a sneaky way of covering up the gross inequality in which the foreign monopoly corporations take their superprofits and the less than 1% of the population, who are the big compradors and landlords, take most of the pie at the expense of more than 90 % of the population.

The Agricultural Sector and the Peasantry

The share of agriculture at only 7.4 per cent of the estimated GDP for 2020 is too small. The peasants, landlords and the merchants do not declare fully the market value of the agricultural product. Statisticians work mainly on estimates, aerial reconnaissance of farms and limited precise data. It must also be taken into account that most of the food crop does not reach the market because it is consumed by the peasants themselves. Swidden farming, backyard animal husbandry, localized fishing, handicrafts, carpentry, intra-community peddling and other sideline occupations are also not taken into account.

The share of agriculture in employment is supposed to be only 22 per cent of the labor force of 45 million. Even by the official statistics, employment in agriculture still accounts for more than 53 per cent in relation to that in the industry sector as the other basic productive sector. There are supposed to be only 10 million Filipino farmers. It is unclear as to how this figure has been arrived at and whether it refers only to heads of farming households. It is obviously a false figure because it is surpassed even by the number of migrant Filipino workers abroad who are estimated at 10 to 12 million. We know for a fact that peasant households, including children who are 10 years old or even younger, work as a productive unit on the farm.

The average size of the peasant family or household is larger than the national average of 4.4 members per family. There should be at least 44 million peasants. The peasants cannot be counted as if they were workers formally employed individually and then put to assembly line work in factories. It is a matter of necessity that a peasant household works as a collective and attends to farming and some sideline occupations.
Entire peasant households or families fall under the category of a social class on the basis of their means of livelihood and other related criteria. That is also true in the case of families belonging to other classes, unless the individual member leaves the class in a certain way.

This is an important point in the class analysis of the population in view of the systematic attempt to reduce the number of peasants. A member of a peasant family remains in the peasant class even if he or she works as a seasonal farm worker or is labelled as unemployed or underemployed, unless such peasant shifts to another class, such as a peasant who becomes an industrial worker or a rich peasant becomes a small landlord through merchant-usury operations or his son gets high formal education and joins the urban petty bourgeoisie. In big numbers, poor and lower middle peasants double as seasonal farm workers on the land of others as or seasonal odd jobbers in urban areas to augment their inadequate farm income.

In combination with the big foreign banks and firms, the comprador big bourgeoisie and the bureaucrat capitalists have profited most from construction booms, accelerated mining and semi-manufacturing in the industrial sector. What is passed off as Philippine industry does not produce machine tools and most metals and chemicals of strategic importance. Even semi-manufacturing dependent on imported equipment and components has declined.

All subsectors of Philippine industry are dependent on the importation of equipment, fuel and other components and on the export of mineral ores, some semi-manufactures, fruit crops, rubber and palm oil. Mining has been extremely profitable for the big compradors and their foreign partners because the values of mineral products are extremely underdeclared to reduce tax payments. There are gross disparities between the declared values at the Philippine ports and those at the foreign destinations.

The surplus population or reserve army of labor has rapidly increased in both the urban slums and rural areas. The previous accumulation of unemployed and odd jobbers in slum areas generate their own kind. And continuously the rural areas provide the urban areas with new waves of unemployed and odd jobbers aside from those who choose to remain in the countryside to compete for the dwindling odd jobs on allotted farms and plantations or to engage in slash and burn farming in forest regions and on mountain slopes.

Because of the lack of genuine land reform and national industrialization and stagnation and decline of the basic productive sectors of agriculture and industry, the semifeudal and pre-industrial character of the economy has been aggravated and the surplus population or unemployed has increased rapidly from the population growth in both rural and urban areas.

In the wake of the global economic stagnation since the financial crash of 2008, the demand for Philippine exports of the has weakened. The trade and budgetary deficits have grown. Servicing the accumulated foreign debt and getting new loans are becoming more difficult. The conditions of underdevelopment, unemployment and mass poverty are worsening.

In the months previous to Covid-19, the Duterte regime boasted of making the highest rate of economic growth in Asia at 6 to 7 % and keeping the unemployment rate low at only 4.5 per cent, better than the unemployment rate in a number of more developed countries. But the impact and consequences of the pandemic have unmasked and aggravated the crisis of the world capitalist system and that of the semicolonial and semifeudal ruling system in the Philippines.

Unravelling of Neoliberalism and Probable Consequences

After four decades of dominance, neoliberalism is unravelling even for the imperialist countries. It has caused more frequent and worse economic and political crisis. This 2020 a crisis worse than the Great Depression has come on top of the prolonged global stagnation since the financial crash of 2008. We can be certain that the basic semifeudal and pre-industrial character of the Philippine economy and the peasant majority of the labor force will become more exposed.

The illusion of the Philippines becoming a newly-industrialized country with a dwindling peasant population will be dispelled by the global depression, the drying up of international credit, the withdrawal of hedge funds and the decreased incomes of OFWs and call center employees.

There will be a dwindling of funds to sustain private construction and some public works; maintain the consumption-oriented and debt-dependent economy; and cover the ever growing trade and budgetary trade deficits and the worsening international balance of payments.

What will happen to the Philippines as the global capitalist economy goes into a worse state of stagnation and depression and the demand for cheap raw materials, cheap semimanufactures and cheap labor from the Philippines goes down, international credit becomes tighter and the problem of maintaining a consumption-oriented and debt-dependent country worsens?

The Philippine social volcano will erupt more violently than ever before. As the socio-economic and political crisis worsens, the reactionary government and the ruling classes will become ever more exploitative and oppressive. As a consequence, the broad masses of the people are driven to resist along the line of new democratic revolution through people’s war.