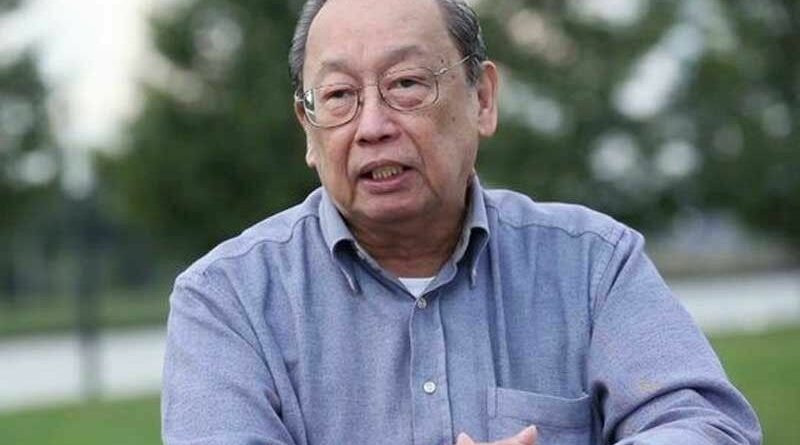 At the outset, I declare that the charges of terrorism and common crimes being made against me by the Duterte regime are patently false, puerile and futile and do not bother me a bit. These trumped up charges constitute gas lighting to deflect public attention from the gross and systematic crimes of treason, mass murder and plunder that the regime is committing against the Filipino people. Please read this statement closely.

In the course of intermittent peace negotiations between the Government of the Republic of the Philippines (GRP) and the National Democratic Front of the Philippines (NDFP) up to 2017, the so-called war hawks of the GRP used to harp on the line that as NDFP chief political consultant I was detached and disconnected from the armed revolution led by the Communist Party of the Philippines (CPP) and conducted by the Filipino people and the New People’s Army (NPA).

But there were times, such as during the Arroyo regime when the GRP war hawks like General Hermogenes Esperon carried out a “legal offensive” to trump up charges of “terrorism” and common crimes against me. In November 2001, the GRP requested the US government that I be designated as a “foreign terrorist” alongside the CPP and the NPA and and also prodded the Dutch government to file charges of multiple murder against me and cause my arrest in August 2007.

It was impossible and unnecessary for me to go to the the US and challenge before any US court the foreign terrorist designation. But I filed a case for the removal of my name from the so-called EU terrorist list and I won my case before the European Court of Justice in 2009. I also defended myself against the false murder charges, resulting in my acquittal by the District Court of The Hague and by the Appellate Court of the Netherlands within the year of 2007.

Even before I won the aforesaid cases, the legal grounds for my stay in The Netherlands were strong and unassailable. And I continue to enjoy the absolute protection of Article 3 of the European Convention on Human Rights and the principle of nonrefoulement in the Refugee Convention. The Dutch state cannot extradite or deport me to the Philippines or any other third country. That’s why as early as in 2006, the GRP failed to have me extradited to the Philippines on the basis of its trumped-up charges of multiple murder.

Furthermore, it was established before the Dutch courts and the European Court of Justice that from the time of my arrest and my detention in November 1977 by the Marcos fascist regime, I ceased to be the Chairman of the Central Committee of the Communist Party of the Philippines and likewise ceased to be the operational leader of the CPP, NPA or any other armed revolutionary organization in the Philippines. The frequent reference to me as Founding Chairman of the CPP is but a historical honorific title actually started by the press.

But once more, General Hermogenes Esperon is in the GRP as the top henchman of Duterte in his scheme of fascist dictatorship and campaign of state terrorism. He has assisted Duterte in sabotaging and terminating the GRP-NDFP peace negotiations. He has used Proclamation No.374 and then the Anti-Terrorism Act of 2020 to designate me as a “terrorist”. He and the NTF-ELCAC have also directed the Criminal Investigation and Detection Group (CIDG) to file a series of false charges of common crimes, like human trafficking and rape, against me and legal social activists.

Duterte’s running dogs are making charges that are patently false. It is the height of absurdity and stupidity to misinterpret the alleged act of recruiting young people to become members of Anakbayan as human trafficking and then to link me to further allegations of rape. These patently false allegations are a puerile and futile attempt to slander and intimidate me and to make a psywar campaign against me.

As they have done for some years already, the armed minions of Duterte claim that the false criminal charges will cause the Interpol to arrest me. Especially because the criminal charges are politically motivated, patently false and beyond my capacity to commit, the Interpol has no authority to override the jurisdiction of the Dutch state, Article 3 of the European Convention on Human Rights and the principle of nonrefoulement in the Refugee Convention..

All these false charges against me are intended to distract public attention from the crimes of treason, mass murder and plunder committed by the Duterte regime, from the well-founded charges of crimes against humanity against Duterte before the International Criminal Court and from the glaring failure of the Duterte regime to destroy the armed revolution of the Filipino people.

The Duterte regime’s crimes of treason, mass murder and plunder and the rapid escalation of the oppressive and exploitative conditions are driving the Filipino people to wage armed revolution for their national and social liberation. They are currently outraged and agitated by the failure of the regime to respond properly and adequately to the Covid-19 pandemic and by the regime’s taking advantage of the pandemic to plunder the national treasury.