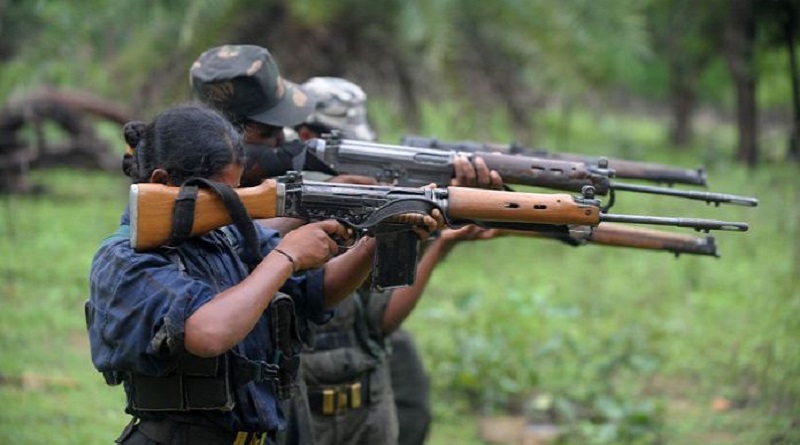 Noida, Oct 16 The Uttar Pradesh Police’s Anti-Terrorism Squad (ATS) has busted a Maoist module in the National Capital Region and arrested 10 people including their “area commander” who is suspected to have links with Maoists outfits in Jharkhand, police said on Sunday.

“The extremists were expert in making bombs and were planing some incidents in the Delhi-NCR region… a huge cache of arms and ammunition was recovered from their possession,” said Inspector General of Police, ATS, Aseem Arun.

Nine Maoists were arrested from Noida in a night-long raids, while one more was arrested from Chandauli in Uttar Pradesh, Arun said.

“Pradeep Singh Kharwar, a self-styled area commander, a native of Bariatu village in Jharkhand’s Latehar district, was hiding in Noida since February 2012 and had a reward of Rs 5 lakh on his head. A reward was also declared on Ranjit Paswan, a former self-styled commander who was earlier active in Maoist-hit Sasaram district (of Bihar),” Arun added.

The arrests came following a tip off during a raid conducted in an apartment in Sector-49 Hindon Vihar in Noida, where 550 live cartridge, an assault rifle, two other rifles and three self-loading rifles and magazines, huge quantity of explosives and detonators were recovered.

“The arrested Maoists were active in eastern UP and adjoining parts of Bihar and had made their new base in Noida to conduct operation in NCR area. They had rented two flats and posed as property dealers. The crackdown on the left-wing extremists would continue and more arrests were likely,” the IG said.

“During interrogation they revealed that they wanted to shift their base in NCR to commit crimes like ATM heists, robbery and abduction as they could not get enough money in Bihar and Jharkhand area,” he added.

The gang also opened two shops in the locality and pretended to work as property dealers.