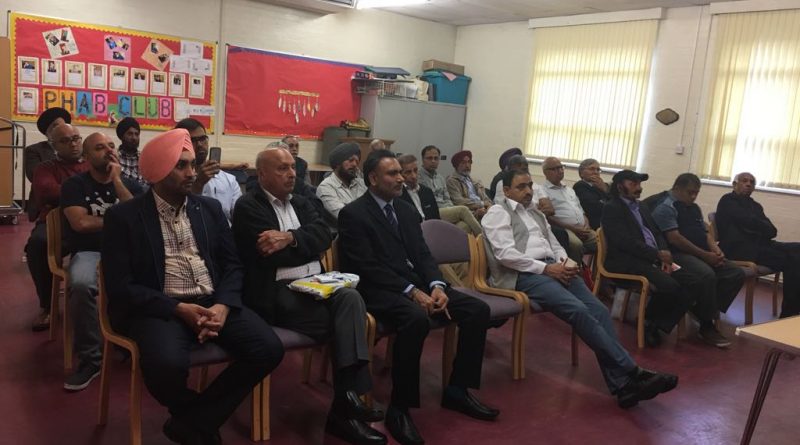 [On 30th July 2017 a meeting Birmingham marked 50th year of Naxalbari Uprising. It was also the occasion of announcing the local branch committee to take forward of the revolutionary work of the Indian Workers Association. The following is the speech delivered by the General Secretary of the Central Organising Committee of the Indian Workers Association – Great Britain]

I thank you Chair for giving me this opportunity to share my thoughts with you. I congratulate you and the comrades in Birmingham for having organised this meeting to mark 50 years of Naxalbari uprising.

This year, 2017, marks 50 years since the armed uprising in a small village called Naxalbari in the State of Bengal. On March 3, 1967, some peasants seized a plot of land in that region and started the harvesting of the crops. By 18 March the peasants started seizing other land from the landowners. Violent clashes occurred when the peasant committees seized the land, food grains and arms from the landlord gentries. The CPI-Marxist government of Bengal called in the police and an inspector of Jharugaon village was killed by the peasant committee members. In retaliation the police opened fire in Naxalbari, killing nine women and one child on 25 May 1967. By June the peasant committees gained hold in the regions around Naxalbari, Kharibari and Phansidewa seizing lands, ammunitions and food grains from the jotedars. The tea garden workers around Darjeeling region participated in strikes supporting the peasant committees. The upheaval lasted till July 19 when the paramilitary forces were sent by the government. Leaders like Jangal Santhal were arrested. Some of them like Charu Majumdar went underground, others were killed. Naxalbari exposed the revisionist character of CPI and CPI-M and their true anti-revolutionary colour. 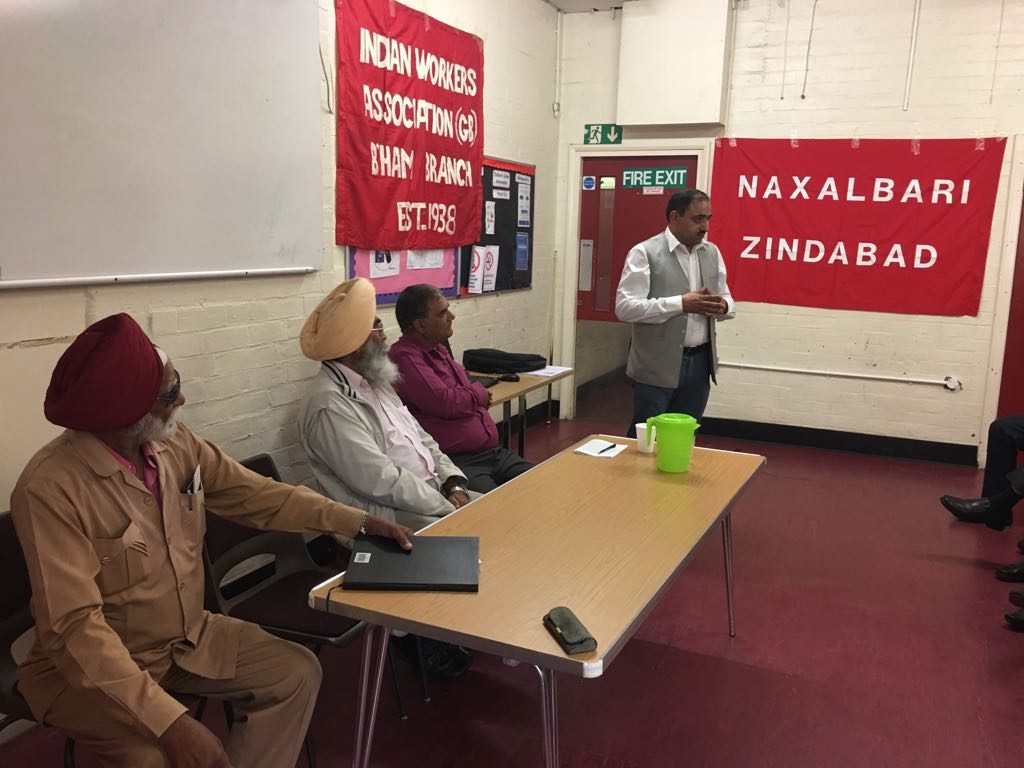 The CPI(M) expelled many of its members who supported the uprising including Charu Majumdar, Souren Bose, Mahadeb Mukherjee and Dilip Bagchi. Expelled communists later on organised themselves into one organisation (AICCCR). This later on developed into the CPI-Marxist Leninist. CPI(ML) remained the centre of Naxalite movement till 1975. A large number of enthusiastic youth joined the movement. Thousands were killed during torture and in fake encounters. An estimated 150,000 Naxalites were put in prison. Although the Naxalbari uprising was suppressed, it remains a landmark in the history of the Indian communist movement, giving inspiration to thousands of Naxalites. Several other similar kinds of movements took place in many parts of India. Today the Naxalbari movement is perhaps most visible in the Peoples War under the leadership of the CPI-Maoist. Today the Maoists are leading the fight of the Dalits and Adivasi which has spread over one third of India and has been recognised as the biggest internal security threat.

The Maoists have correctly identified the Indian state as semi-feudal and semi-colonial. By recognising the semi-feudal character they have determined the need to organise the Peasants against the landlords. Maoists see the revolutionary potential in the Peasants and see them to be an integral part of the New Democratic Revolution, which will come under the leadership of the working class.

The Maoist fully understand how the multinational corporations, backed by foreign capitalist countries, like the USA, UK, Japan, etc. are hell bent on exploiting the Indian People by extracting and looting the mineral wealth of India. These foreign powers through their the policies of Globalisation, Privatisation and Liberalisation have signed thousands of MOUs with the Indian Central and State governments allowing full access to the land, mountains, rivers and the jungles in India. Indian government, in the name of development, has granted the corporations hundreds of Special Economic Zones, in which India’s laws do not apply, thereby assigning huge areas of India to foreign interests. The Maoists have therefore correctly identified India as a semi-colonial state.

The Maoists have correctly identified women to be one of the most oppressed sections of the Indian Society. They have empowered the Adivasi women with arms to defend themselves and have given them the military training to defend themselves and their people against State and Caste atrocities. Today in India women constitute near 50% of the People’s Liberation Guerrilla Army. The PLGA is fighting with the Adivasi against the Indian government forces to defend their Jal, Jungle and Zameen. The government forces have deployed hundreds of thousands of paramilitary forces to crush the Adivasi resistance in the red corridor which includes Bihar, Jharkhand, Chhattisgarh, Orissa, and Andhra Pradesh, amongst other states. This war has been going for nearly two decades and the government forces have been unable to defeat the Maoist led Adivasi People.

The Maoists have made another major contribution to the revolutionary thinking in the Communist movement and that is their analysis of the Caste System in India. This subject has until recently been ignored by the Communists of all shades based on the erroneous understanding that Caste is a social problem which will disappear after the Indian Workers succeed in bringing about a Socialist revolution. The CPI-Maoist correctly applied the understanding of contradictions to this problem and realised that the Indian working class is divided on Caste basis. The Caste contradictions within the working class is hampering workers unity and is presenting itself as an obstacle to realising the New Democratic Revolution. The Maoist have given lead in the Indian Communist movement by calling upon the Indian workers to whole heartedly participate in the struggles of the Dalits, in their fight to Annihilate Caste. Equally they say to the Dalits that they cannot succeed in isolation. Dalits must forge links and form alliances with other economically deprived sections of the society and fight the common battle of defeating feudalism, capitalism and imperialism. It is this new thinking on the Caste problem in India which has given rise to the recent slogans that reverberate in India, which is Lal Salaam, Jay Bhim. What is becoming apparent from the present day struggles, in India, is that where Caste is a divisive, class can be a uniting force. Once there is effective unity of Dalits fighting Caste oppression and Workers fighting exploitation then revolution can only advance.

We need to understand the dreams of Gadhari Babas and the many revolutionary fighters that followed. Revolutionaries like Bhagat Singh, Udham Singh and many more, whose dreams remain unfulfilled. India is in the grip of capitalist, feudalist and neo-colonial exploitation. India is one of the most corrupt States in the world. The politicians, the bureaucracy, the police are so corrupt and only serve the interest of ruling classes. India’s rich get richer and poor get poorer. India’s 47% of the children are malnourished. Hundreds and thousands of peasants are committing suicide because they cannot pay their debts to loan sharks who impose unaffordable interest rates. The fascistic Modi government is establishing, unashamedly, Hindutava rule in India. This rule can only serve the exploiters and subjugators in the country. 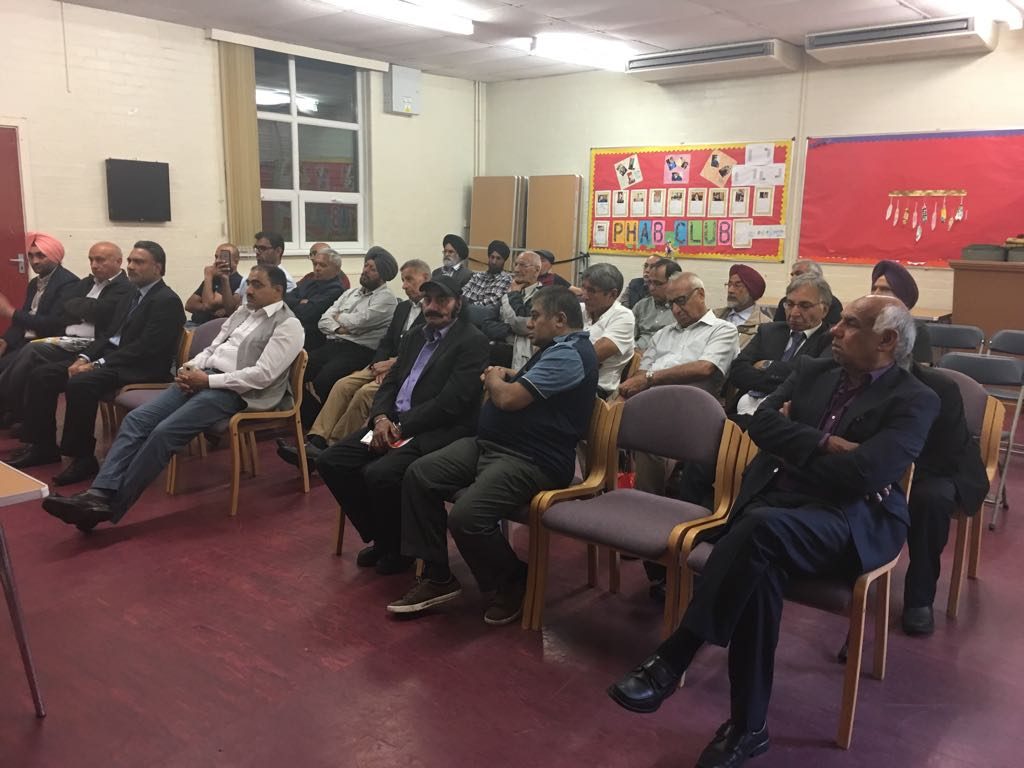 Chair you are to be congratulated on your determined effort to re-establish a branch of the Indian Workers Association Great Britain here in Birmingham. Birmingham was of course the township in which our beloved Jagmohan Joshi lived. Sadly, after Joshi’s death, the revisionists have taken hold, abandoning the revolutionary path. Joshi was the General Secretary of the IWA-GB from 1964 to 1979. I would like to note here that the evolving history of the IWA-GB closely mirrored the evolving events in the Indian Communist movement. When the CPI split occurred and saw the emergence of CPI-M, the IWA in Britain also split on the same political line. When the Naxabari uprising happened and gave rise to the Naxalite movement the CPI-M further split and saw the emergence of CPI-ML. On this reflection the IWA split again with Jagmohan Joshi leading the IWA-GB with empathy towards Naxalites back in India.

I must point out here that the IWA-GB under the leadership of Jagmohan Joshi played its full part in the Peoples struggle in Britain. We led and were involved in several industrial disputes. We tried hard to play our part in the British working class movement. We fought against racism and fascism. We forged alliances with other migrant population in Britain and succeeded in establishing Black Peoples’ Alliance. We were and are an integral part of the International Peoples movement for national liberation, be it in Asia, Africa or parts of Latin America.

On the 50th Anniversary of the Naxalbari uprising we salute Comrade Jagmohan Joshi for his inspiring poetry and leadership in the Peoples movement in Britain. We salute all political prisoners unjustly held in Indian jails today for fighting to see a free, fair and democratic India. In particular we remember Comrade Kobad Gandhi and Professor G. N. Saibaba both of whom have committed no crime but have been locked-up under the draconian UAPA law. Kobad Gandhi has been in Thiar jail for nearly 9 years and no trial has been held against him to convict him of any crime under the Indian law. Professor Saibaba, a wheel-chair bound, 90% disabled intellectual, from Delhi University, has been sentenced to life imprisonment, along with other intellectuals, for un-proved charges of waging war against the Indian state. We pay homage to countless Dalits and Adivasi who fought brave battles against the Brahmanical oppression and against all odds to free society of the scourge of the Caste system. We salute the heroic Adivasi People who are fighting a life and death struggle to save their Jal, Jungle and Zameen. We pay homage to the countless Naxalites revolutionaries who gave their lives towards the struggle of realising the dawn when exploitation of man by man will end.

I thank you and your comrades in Birmingham for your great initiative in organising today’s event.