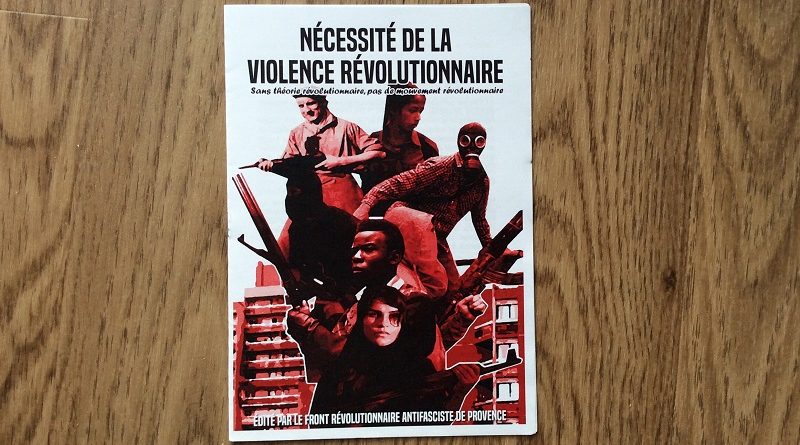 “The history of all hitherto existing society is the history of class struggles. Freeman and slave, patrician and plebeian, lord and serf, guild-master and journeyman, in a word, oppressor and oppressed, stood in constant opposition to one another, carried on an uninterrupted, now hidden, now open fight, a fight that each time ended either in a revolutionary reconstitution of society at large, or in the common ruin of the contending classes”

I. The situation today

With the rise to dominance of financial capital a financial oligarchy is created which exercises a reactionary domination over politics.

The state apparatus is at the service of monopoly groups. Members of these groups are integrated into the state apparatus. “The monopoly, when it is formed and makes billions, penetrates imperiously into all spheres of social life, independent of the political regime and all other ‘contingencies’.” The financial oligarchy spreads bourgeois thought into the working class because it controls science, education, literature, art, the media, and so on. This helps them to maintain the dominance of financial capital.
In the imperialist countries, financial capital controls the state machinery, and the state machinery also actively participates in economic activity in the service of financial capital.

Imperialism is the dictatorship of the capitalists.

The interests of capitalists and of workers are IRRECONCILABLE. The capitalist system is based on private ownership of the means of production and on the exploitation of workers through the extraction of surplus value.

Example: For 1 hour worked a worker produces a value of, say, 100: 10 goes into the worker’s pocket, 30 serves to maintain machines and renewed production and 60 goes into the boss’s pocket; this 60 represents surplus value.

We the workers produce wealth, it is thanks to us that this society works. The bourgeoisie is a parasitic class, they need us, we do not need them.

In order to rid ourselves of the base of this exploitation, we must topple capitalism.

Let us first look at some counterrevolutionary theories that have spread since the 19th century and which continue up to today:

Reformism: Social democracy (today structured around the PCF, the FI, etc.) is represented by legalist parties. For them it seems possible to reconcile the interests of the proletariat and the bourgeoisie though winning elections and passing “progressive” reforms. It is a false position, one that leads the people into disaster. The state apparatus is at the service of monopoly groups. Members of these groups are integrated into the state apparatus. “The monopoly, when it is formed and makes billions, penetrates imperiously into all spheres of social life, independent of the political regime and all other ‘contingencies’.”

An example: In Greece, Syriza (a “radical” left coalition) won the elections with a progressive program. However there has been no major or decisive change, the situation has continued to decay, and in the final analysis this has helped lay the foundations for fascism.

Reformism, in not understanding the antagonistic character of classes, imagines that one can resolve the class struggle through conciliation, imagines that the bourgeois state could be used to improve the living conditions of the people. History has already proven the contrary, the dominant class maintains its power by any means necessary; when it finds itself in danger it resorts to repression. Thus any proposal to take hold of the state apparatus through the parliament and elections and to transform it from within is an absolute illusion and leads to the betrayal of the class interests of the proletariat.

There are also other ideologies that are widespread in the labor movement, such as cooperativism: factories that were closed due to relocation or other economic problems are recovered by the workers (eg FRALIB). The surplus value is distributed equally among the workers and the workers collectively decide on the future of the company. It is, of course, an undeniable proof that the workers do not need “bosses” to organize themselves, but this is in no way a model of society; private ownership is not abolished, competition arises anew between the different cooperatives and, worse, with the companies that are not cooperatives. So to survive, the cooperative must be able to compete with other private companies; this often leads to a frantic self-exploitation so as not to end up high and dry. We cannot build a new society without sweeping away the old one.

Faced with these reformist and opportunist theories, we affirm that the only solution for the emancipation of the people, for putting an end to capitalism, is revolution; and this revolution must serve to smash the old state apparatus, which will necessitate clashes and thus violence.

III. Revolutionary violence to sweep away the old capitalist world!

~ 20 million deaths per year in the world due to situations generated by capitalism (wars, misery, famines …), this is an estimate of the deaths of capitalism!

Violence is a universal law, without exception. Violence is the creative force of history, as Marx said, it’s the midwife of history. Revolutionary violence: this is the violence that allows us to solve the fundamental contradictions linked to the capitalist mode of production, it is the resolution of class antagonism through the overthrow of one class by another. This violence is the solution to put an end to oppression, to regain our dignity.

We view the problem of war like this: war has two aspects, destruction and construction with the aspect of construction being principal. And to not view things as such is to undermine the revolution, to weaken it. On the other hand, as soon as the people take up arms to overthrow the old order, the reaction seeks to crush the people, to destroy them, to annihilate them; and it uses all means at its disposal, from slander to genocide. In our country we have seen, we are seeing, and we will see it even more, until we have demolished the state.

The reaction, by means of its armed forces and its repressive forces in general, applies its will to sweep us away and make us disappear. And why? Because we want the same thing for it: to sweep it away and make it disappear as a class. A new social order can be engendered only through destroying, through demolishing, the old order. The annihilation of the forces of the enemy and the preservation of ours. And we know very well that the reaction has applied, is applying, and will apply massive repression. On this point we are extremely sure. And therefore the problem of the price to be paid is posed for us: to annihilate the enemy, in order to preserve our own forces and still more to develop them, “We must pay the cost of war, pay with our blood.”

The revolutionary movement was often slandered as terrorists when it won victories over the capitalist. Is it not imperialism that accuses us, the revolutionaries, of terrorism? Thus they seek to discredit and isolate in order to better crush us; this is what they dream of. The terrorists are the capitalists who plunder oppressed countries, who arm feudal fascists and fractions in the oppressed countries to defend their interests, who use rape as a weapon of war to make terror prevail in the countries they dominate. In fact, one must bear in mind that in contemporary war in particular it is precisely reaction that uses terrorism as one of its means of struggle, and as has been proven a thousand times this is a form of warfare used daily by the French armed forces and other imperialist powers.

“Fortunately, the times are past when, for lack of a revolutionary people, the revolution was made by ‘isolated revolutionary terrorists’. The bomb has ceased to be the weapon of the individual ‘poseur’ and has become a necessary element in arming the people”

The state does not serve the people; it’s up to us, the people, to organize to break the chains of exploitation!

The exploiters make war against the exploited, let’s unite, organize, and strike the oppressor!

Against the attacks of the state and the bosses we meet blow with blow!