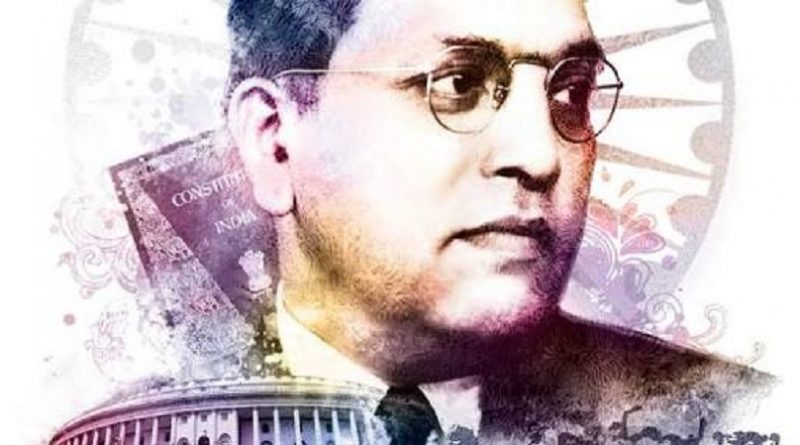 The parade and the grandeur of the Republic Day is over. While the Saudi Prince counted his blessings on the Republic; as the street children are now busy collecting the discarded tri-colours from the roadside; as the hired artists who displayed a make belief opulence of eachstate are headed home, to battle yet another year of real life which would sharply contradict the vulgar prosperity they showcased, what if we were to ask some difficult questions. 26th January 1950 is said to be the day our country adopted the Constitution drafted by Babasaheb Ambedkar. It was the day when we completed the process of transforming what were erstwhile colonial subjects into independent citizens of an independent Republic. Today, this Constitution is under threat from fascist forces who never believed in it, and thus we need to save it from them. Or thus goes the story repeated often by liberals, Congressis, Ambedkarites and even leftists. However, given my irredeemable “anti-national” thought process, what if we were to slightly tweak this story?

Nevertheless, the imprint of Babasaheb Ambedkar, despite the majority of the constituent assembly being unfavourable to his ideas, is quite evident in the Constitution that was finally adopted. Untouchability was made a criminal offence, and everyone was to be judged equally before the eyes of the law. But did the insertion of certain words in a document really make our country into a secular, democratic, independent republic. In the last 67 years, the Republic has grown old. Some say it has even matured, and the democracy that Babasaheb laid the basis for has deepened.

One, however, wonders what Bhaiyalal Bhotmange, the lone survivor of the Bhotmange family most of whose members were brutally raped and killed by dominant castes in Khairlanji in 2006 would have had to say about this Republic? If questions of Republic and Democracy are to be viewed through the lens of justice, the history of last 67 years has an entirely different story to tell. Why is it that if everyone is equal in the eyes of the law, Bhaiyalal Bhotmange,who died last week of a heart attack did not even receiveeven a semblance of justice in his life?At this juncture, it is thereby extremely pertinent to ask can a document and super-imposition of new modern ideas transform an old reality if we dont simultaneously change the very social relations that constitute this reality.

Today, it might seem contradictory to many that Hindutva fascists, corporate scamsters and manuwadis rule over us – after taking an oath on the Constitution that promises us independence, democracy, secularism and by later addition also socialism. But the resolution of this contradiction demands a resolution of another contradiction – the one between what the constitution promises us in the realm of ideas and the material reality of our country.

We must never forget that it was not the drafting of Constitution, but rather the fight for Annihilation of Caste that was the central fight for Ambedkarslife. Ever wondered, the entirely different meaning the thousands of Ambedkar statues across the country would have conveyed, if in the place of the Constitution, it was Annihilation of Caste that was in his fist. In his lifetime, Babasaheb fought relentlessly for the annihilation of caste and in the process adopted several tactics. Agreeing to become the Drafting Chairperson of the Constituent Assembly was only one of those many tactics. This, it may just as well be argued, turned out to be the master stroke of Congress at that time, to legitimize itself by getting one of their most consistent critics at the helm of affairs.

It is a fact in history that initially the Congress along with others tried in 1946 to ensure that Ambedkar was not even elected to the Constituent Assembly. It was the prudent intervention of Jogendranath Mandal, the dalit leader from Bengal, who ensured Ambedkars safe victory in the Constituent Assembly from Bengal. When the same Congress party makes him the Drafting Chairperson, it needs to be seen with some suspicion.The insertion of a cartoon in a NCERT book a few years back where Nehru was shown as whipping Ambedkar offended several of us. But strong passions aside, it nonetheless showed a period of history where Congress got the better of Ambedkar, used him and later dumped him when he was seen as going too far. The story of what the Congress, under Nehru did, when Ambedkar pushed for the Hindu code bill is well known.

Let me say this at this risk of committing sacrilege in the name of the person who wrote the constitution, that the fight for the economic and social justice that Ambedkar spoke may not be always confined to constitutional boundaries. The ever magnifying social and economic inequalities in a caste ridden society are enforced by the social contract that constitutes the law of the land. The law that could never ensure land reforms or equal access to resources to the majority of landless dalits has nonetheless been cavalierly used to frame them as extremists and Naxalites.The fight for annihilation of caste, for economic and social democracy in that sense, to paraphrase Arundhati Roy is always going to be breach of peace.

The preamble of the Constitution promises us lofty and grand ideals. But they will remain illusionary unless we simultaneously fight for the transformation of the social relations that constitute our country. The ruling classes of our country, that has iconised Babasaheb Ambedkar and frozen his ideals into mere statues, wants to blindfold us of the brutal reality of brahminism that continues to manifests in the form of most vicious and heinous violence and discrimination. But visiblizing that requires us to turn the world upside down. The fight for a real democracy, a real secularism, a real independence, a real socialism, and of course a real republic demands today no less than a real revolution.