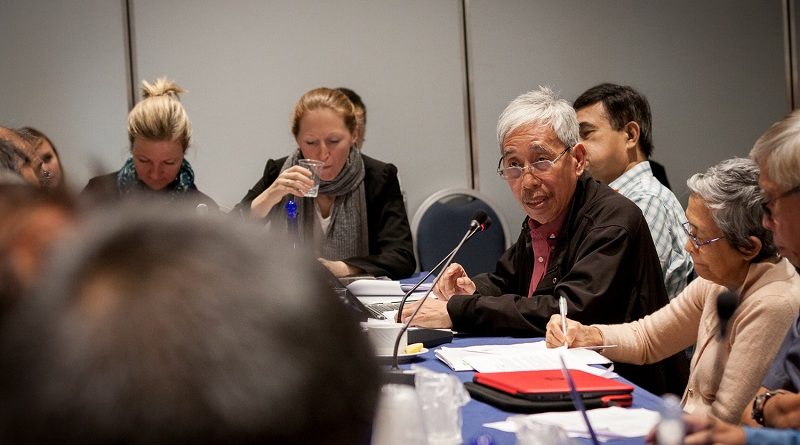 Bilateral talks between the reciprocal working committees on socio-economic reforms (RWC-SER) of the National Democratic Front of the Philippines (NDFP) and the Government of the Republic of the Philippines (GRP) ended today, with agreements already reached on the Preamble and Declaration of Principles, and common ground found in the Bases, Scope and Applicability (Part II) and Desired Outcomes (Part III). Discussions have also already begun on Agrarian Reform and Rural Development (Part IV).

In an interview, NDFP RWC-SER spokesperson Randall Echanis said that with the SER talks proceeding as scheduled so far, they expect to finish the draft Comprehensive Agreement on Socio-Economic Reforms (CASER) within the year. The RWCs of both panels held four working meetings between January 20 and 24.

Talks on SER comprised the bulk of the working meetings in the third round of the peace negotiations held in Rome. In the second round last October, the parties agreed on a common outline consisting of a Preamble and 15 Parts. They proceeded to flesh out their respective drafts upon their return to the Philippines.

The NDFP conducted a series of sectoral consultations in November and a national consultation in December, and exchanged drafts with the GRP in the second half of January. Copies of the drafts were also provided the Royal Norwegian Government which is acting as Third Party Facilitator in the talks.

The NDFP draft describes the Philippine economic situation and the revolutionary organization’s proposed reform solutions, said Echanis. It paints the economic and social suffering of the peasantry and working people in the country. Its premise is that Philippine society is semifeudal and semicolonial and thus needs genuine agrarian reform, national industrialization and a free and independent foreign trade and monetary policy for national development.

While there has already been some consensus, Echanis said that there are many provisions that will be needing greater discussion and resolution in the course of the negotiations. “These cover the most important measures for redistributing assets and income, asserting independent foreign economic policy, providing social services and utilities especially for the country’s poor majority, government support for Filipino farms and enterprises, and ensuring democracy in the economy. These are critical,” he said, “for reversing neoliberalism and developing the national economy for the benefit of the people.”

Echanis stressed that should an agreement on socio-economic reforms be signed, the next and more important phase would be the implementation, both jointly and separately. There will be areas of cooperation, but for the most part, the GRP will be enacting, amending or repealing laws as needed to implement the CASER and launch programs within the government framework. The NDFP, on the other hand, will also be implementing the CASER’s provisions through the revolutionary organs of political power in the countryside.