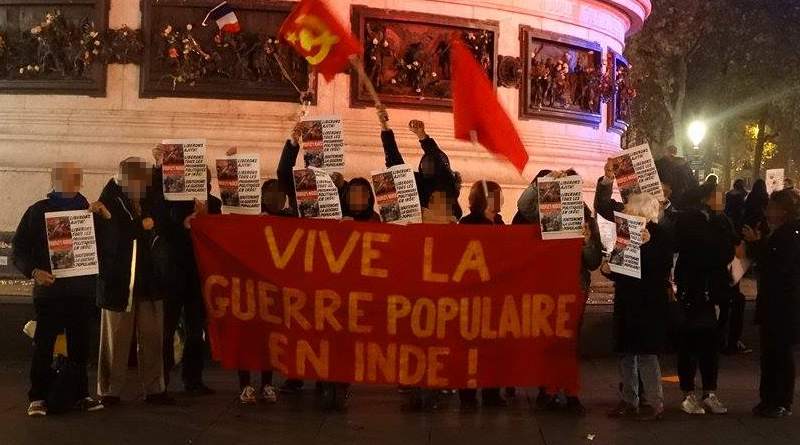 On November 24 was held an international day of action to support the People’s War in India to pay homage to Comrade Kishenji, leader of the Communist Party of India (Maoist) killed five years ago in the area of Jangalmahal in West Bengal. This day was at the initiative of the International Committee of Support to the People’s War in India and also coincided with one month of the massacre of Malkangiri. It was therefore a strong day of actions of solidarity with the revolutionary movement in India.

Here are some pictures: 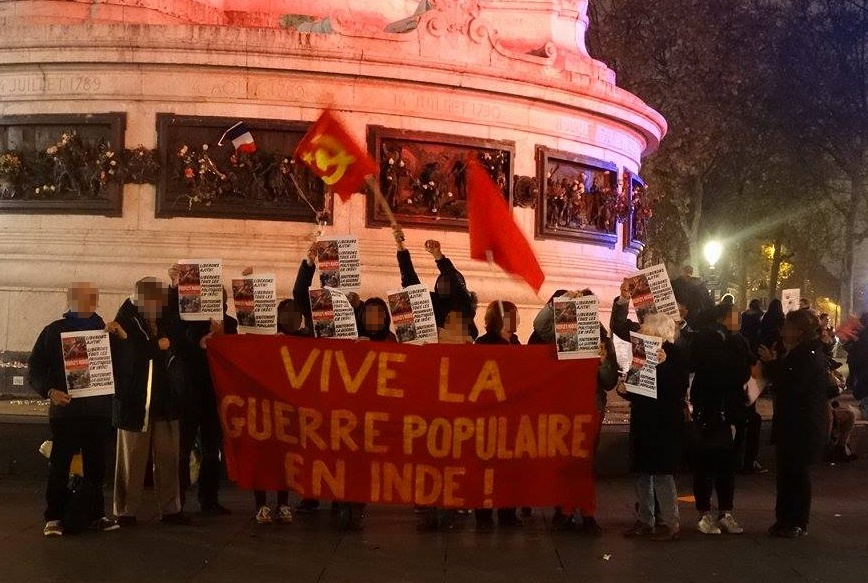 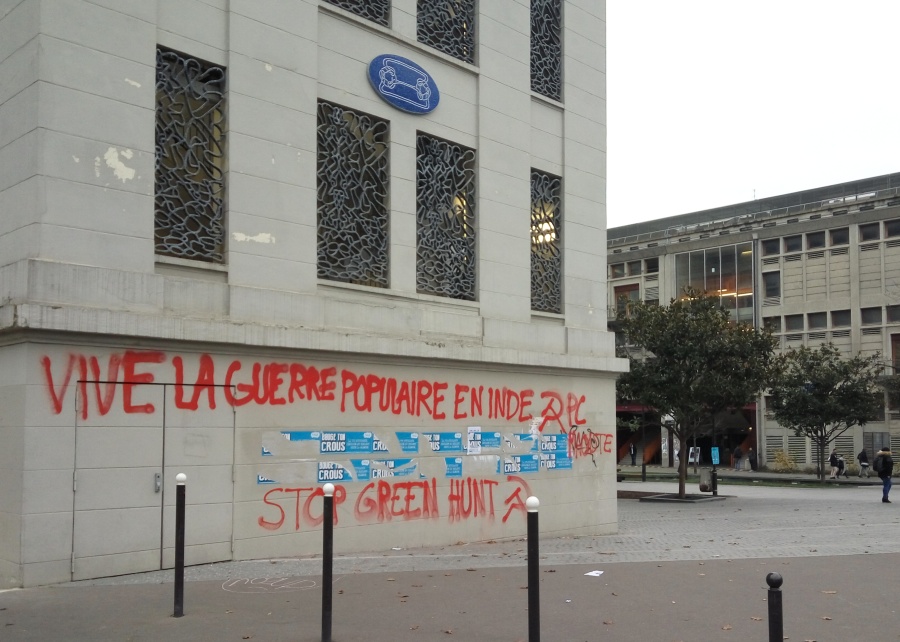 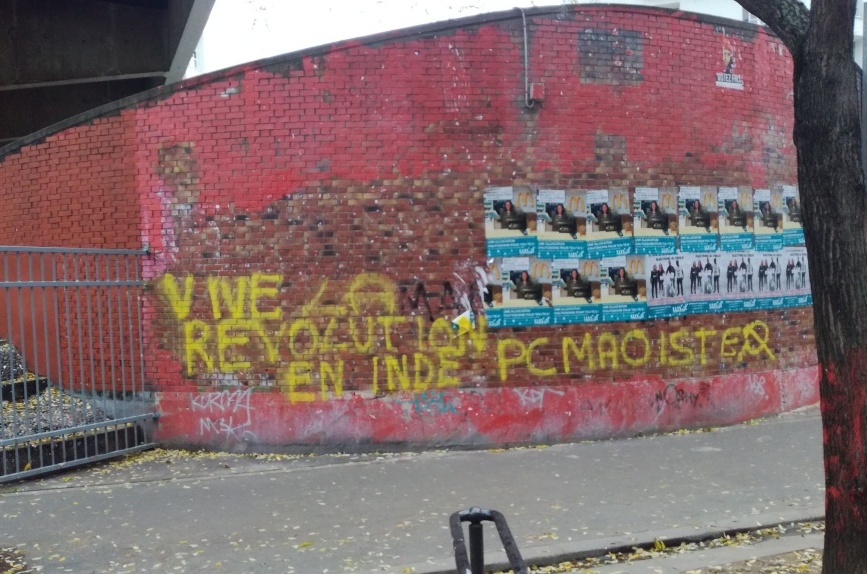 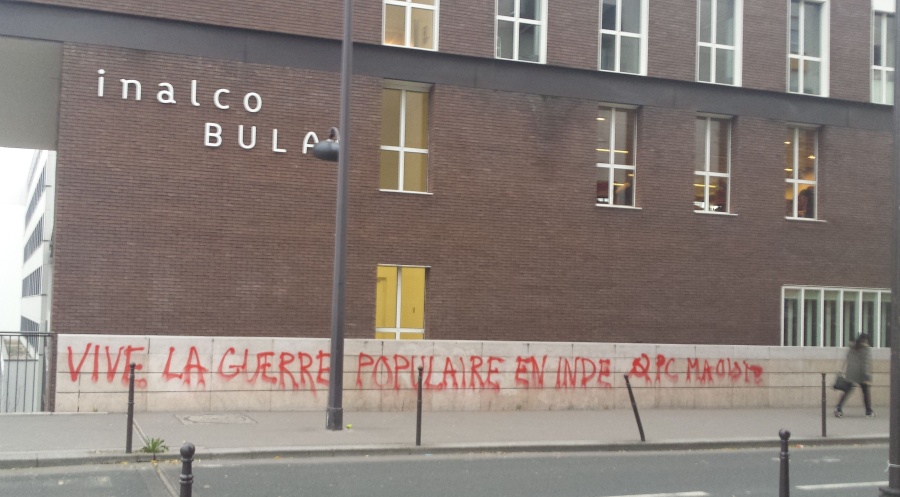 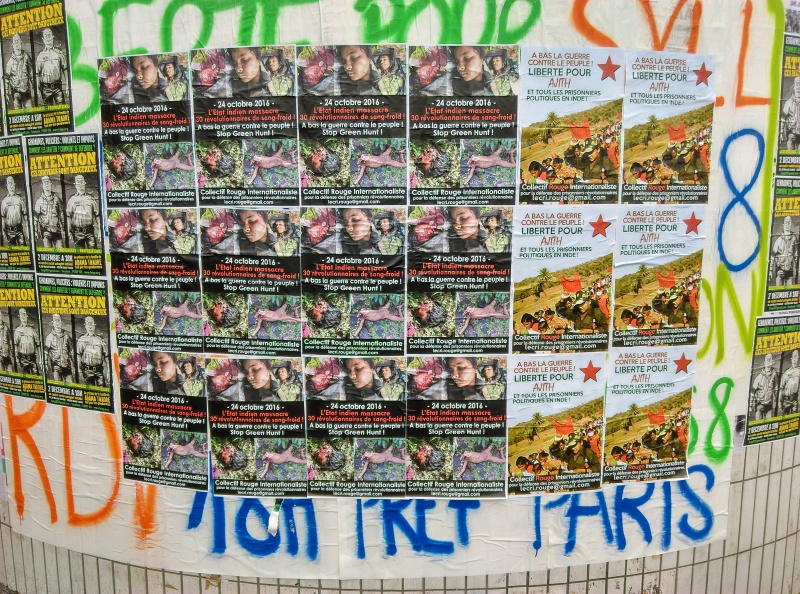 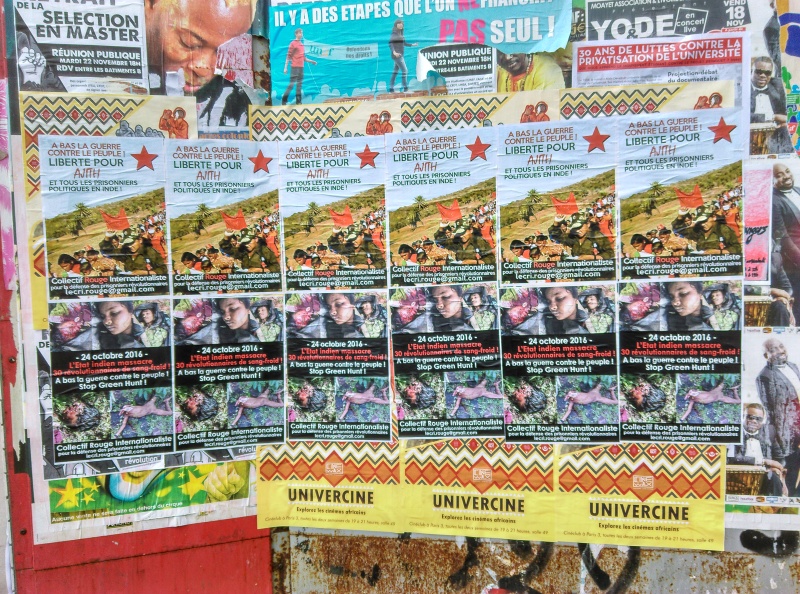 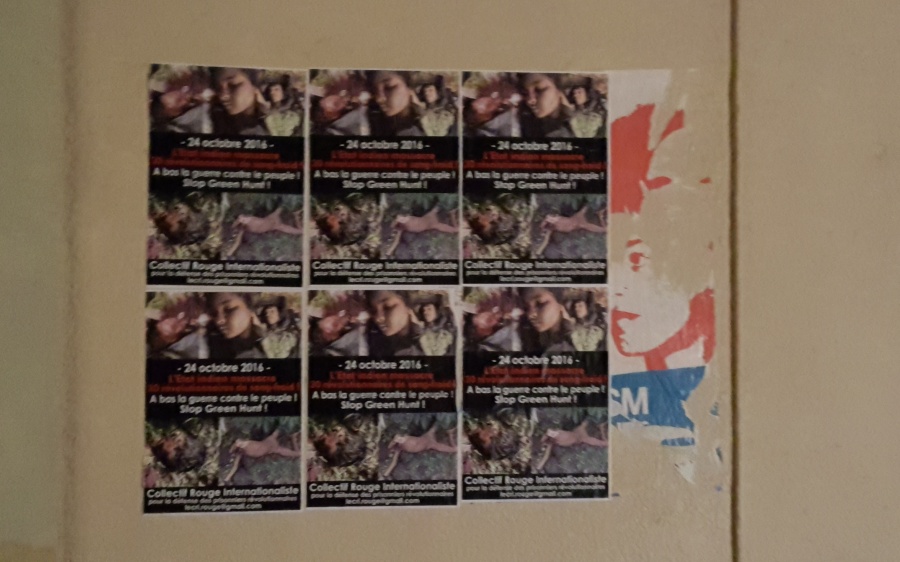 Clermont-Ferrand, deployment of a banner in front of the imperialist group Michelin on the initiative of the CARA (Revolutionary Antifascist Cell of Auvergne) 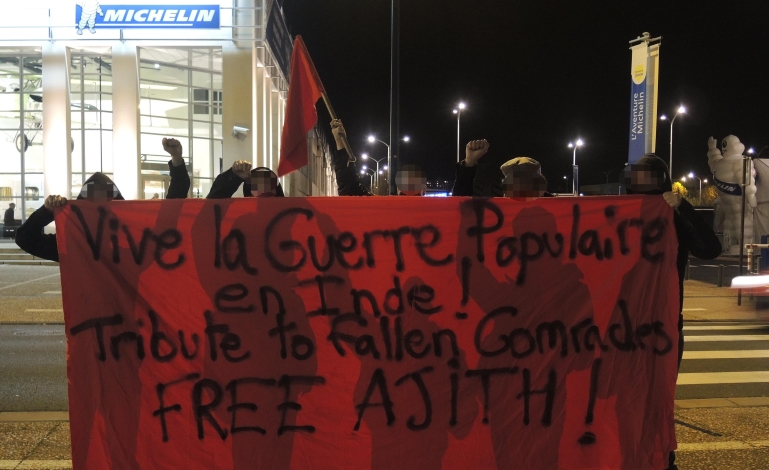 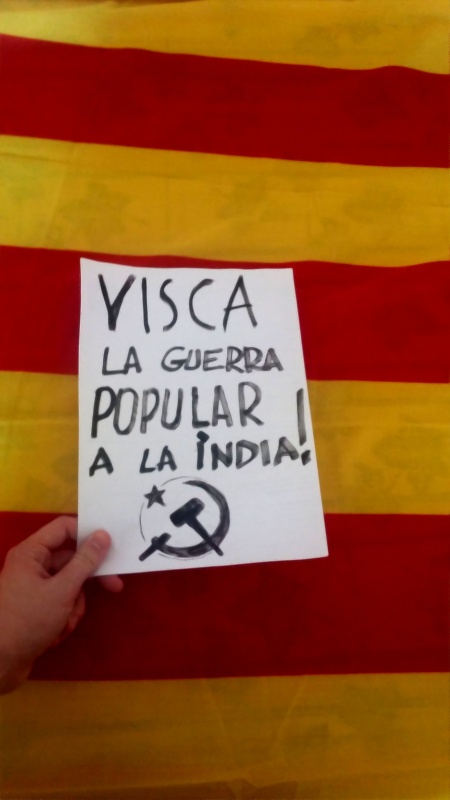 At the same time, a new information site “Inde Rouge” was launched to spread news on the People’s War in India: http://www.inderouge.fr