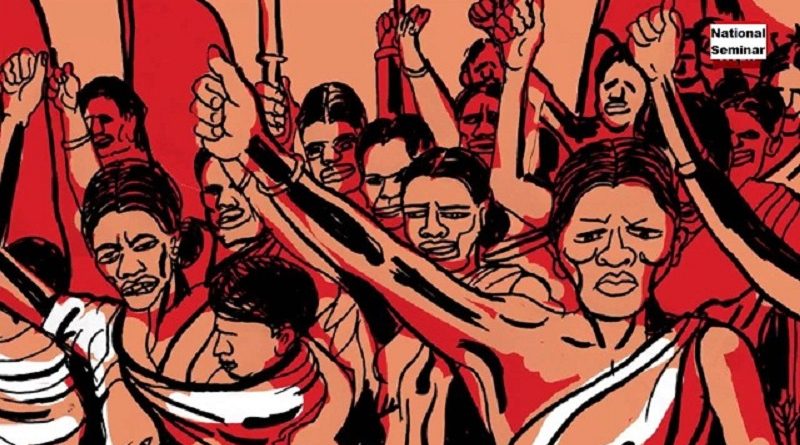 National Seminar on..
The Impact of Naxalbari on Indian Society, Its Achievements and Challenges

This is the 50 th anniversary of the spring thunder over India. Naxalbari carved the path of Indian revolution by restoring the essence of Marxism on this soil and it was the great turning point in Indian political scenario. The spark has spread to various regions though out the country withstanding ruthless violence and repression unleashed by the state. The movement rose again in some areas where it was setback. Even though it was suppressed badly in some places it could constantly spread to new regions and could also develop as the alternate political force of the masses.

Fifty years is not a big period in the larger history of human society but it is indeed a considerable journey. In India the period has witnessed considerable developments in socio economic and political aspects. Due to the complexity and heterogeneity of Indian society, we can say every region is a society of its own variety. The systemic changes in these years have been making it even complex and diverse. At the same time India continues to remain in the clutches of feudalism and imperialism.

Since 50 years Naxalbari is fighting to change this reality in various sectors by evolving the people into revolutionary force. All along its path it has been influencing every particular society making some great achievements. No doubt it has become weak and stepped back in some regions because of bloody repression by ruling class and systemic changes in socio economic and political aspects on which the Maoist revolution could have acted on timely. But with the present rise of religious fascist forces in the bed of imperialist new economic policies destroying the parliamentary institutions and throwing the system into severe crisis Naxalbari remains as the only hope. While the bourgeois democracy is pushing all the sectors into the black hole of severe crisis, the Naxalbari path, being implemented in Dandakaranya, Bihar and Jharkhand, AOB, Western Ghats and Jangalmahal, has put forth the alternative self sustaining peopleʹs development programe and true democracy of the people and by the people.

Naxalbari made an indelible impact not only on the revolutionary movement in the
country but also has a tremendous influence on the social relations, emancipation of women, education, art, culture and literature. Since the beginning it has given the alternative ideology and politics in each and every aspect of the society. In fact there is no other movement then Naxalbari which could influence the Indian society to such an extent after 1947. But in contrast it is the most poorly documented history not to say the political and theoretical analysis of the movement.

Marking the 50 th anniversary of Naxalbari, Revolutionary Writers Association attempts to hold a national seminar on the practice of Naxalbari politics in various states of India, in various sectors and its achievements and challenges it has faced and is facing ahead. The seminar will be on 9 th and 10 th of September 2017.