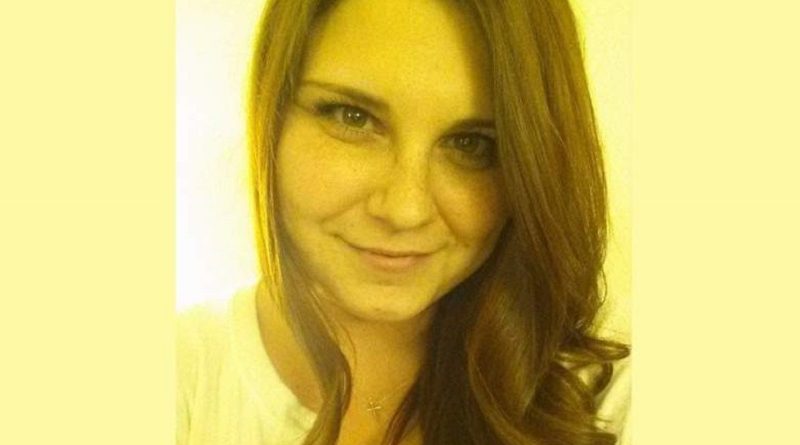 The Popular Front for the Liberation of Palestine mourns the martyr Heather Heyer and wishes speedy healing to the wounded anti-racist protesters in Charlottesville, Virginia in the United States as they confronted a racist, fascist rally on Saturday, August 12. The martyr and the wounded are part of the global list of those who have fallen in the struggles of all peoples to confront racist powers and they will always be remembered as such.

Contrary to the assertions of some corporate media in the United States, the fascist rally in Virginia in “defense” of a Confederate statue is not a divergence from U.S. ruling politics but a reflection of them. The United States has always been built on the genocide of Indigenous people and the theft of Indigenous land, the genocidal confiscation of Black lives and Black labor and the globally murderous power of capitalism and imperialism.

The rise of these kinds of demonstrations of racism are also an expression of the crisis of U.S. capitalism and imperialism in the Trump era, as well as the “debate” of the two imperialist political parties. The actions of anti-racists in Charlottesville and elsewhere disrupt this “debate” and highlight the true history and reality of the United States.

The bombastic framework of Trump’s threats against peoples and nations around the world and the officially-sanctioned scapegoating of oppressed communities comes hand in hand with the attempt by Trump to label racist attacks as “violence on many sides.” Indeed, it is reminiscent of attempts to label the resistance of the Palestinian people to occupation, oppression and colonialism as a “cycle of violence” or “hatred” rather than a just fight for liberation against a brutal colonizer.

The protesters who confronted the racist forces are, by and large, Left and revolutionary forces, including Black movements who have been on the front lines confronting U.S. state violence and repression, Communists, anarchists and radical socialists who are committed to fighting and stopping racism and oppression. The denunciation of racist terror on the streets of Charlottesville must also be combined with the denunciation of U.S. racist terror in police uniform on the streets of cities across the country as well as that in advanced armored vehicles and warplanes on peoples around the world. Trump’s current threats are nothing more than an ongoing continuation of U.S. imperialism’s bloody wars on the peoples of the world, especially of Africa, Asia, Latin America and the Caribbean, which have continued in an uninterrupted imperial march for well over a century.

Whether in Palestine or in Virginia, it is right to resist racist terror, including and especially that of the state. The far right in Europe, the United States and the Zionist movement share information, resources and propaganda against Black, Arab and other movements, peoples and communities (even while the far-right spouts anti-Jewish slogans alongside its anti-Black and anti-Arab hatred on American and European streets) – and the racist state powers and police authorities in the United States and the Israeli occupation are linked together with aid, resources and the common goals of Zionism and imperialism. We must also be united to fight racism, Zionism, capitalism and imperialism in all of our diverse, connected struggles for justice and liberation.

Zionist organizations and movements within the United States have been engaged in long-lasting alliances with fellow right-wing and racist forces around the world. While some are attempting to position themselves after Charlottesville as opponents of racism, these organizations are in fact defenders and proponents of racist oppression, not only in Palestine but in the United States and elsewhere where they have pushed for profiling and repression of Arab, Muslim, Black and other community organizing and even engaged in direct spying and surveillance on a range of anti-racist forces. Just as Israel traded arms and support with apartheid South Africa, the Zionist movement today is deeply engaged with other racist forces as has been vividly displayed on the streets in the U.S., Canada, the UK, Germany and elsewhere.

These racist and fascist mobilizations in the United States have taken a specific interest in targeting Arab and Muslim communities, immigrants and refugees and framing them as a “danger” or a “threat.” The targeting of Arabs and Muslims by these groups comes hand in hand with intense police surveillance and so-called “anti-terror” legislation that seeks to criminalize the Palestinian liberation movement and drive the community into fear.

Palestinians in the United States are deeply involved in the fight against racism and oppression of all forms, confronting the forces inflicting that violence on the world, and the Palestinian flag is a worldwide symbol of resistance to racist terror. We stand with the movements in the United States fighting back against racism and fascism as part of our global struggle. Long live international solidarity!