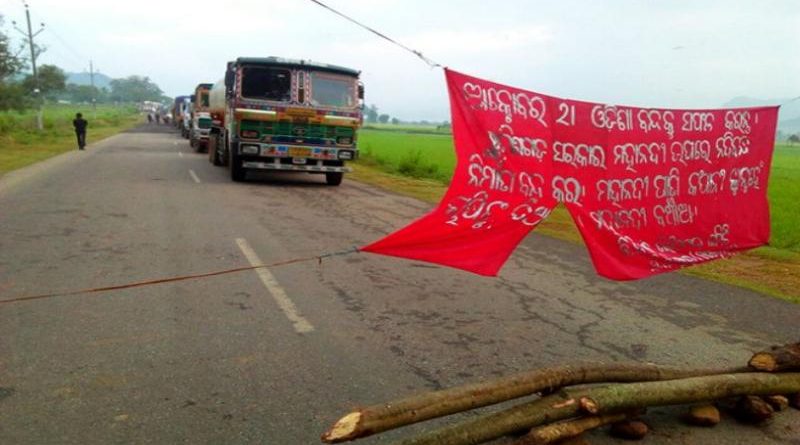 According to reports from Indian news agencies, the bandh, (general strike and movilization) convened by the banned Communist Party of India (Maoist) paralyzed five districts of Odisha State.

The bandh was convened to demand the immediate arrest of the accused for gang rape of a minor girl in Kunduli, control of violence against tribal women and a solution to the Mahanadi area. The movement of vehicles was affected in the five districts due to the bandh, according to the reports.

It was also reported that alleged cadres of the Communist Party of India (Maoist) executed a counterrevolutionary, identified as Mohan Majhi, from the Lahidi village located on the border between districts of Kandhamal and Kalahandi on 21 October, reports Odisha TV.

In another action in Chhattisgarh a PLGA (People’s Liberation Guerrilla Army) column, on October 20, destroyed railway equipment and construction machinery near the Kamaloor train station, Datewada.