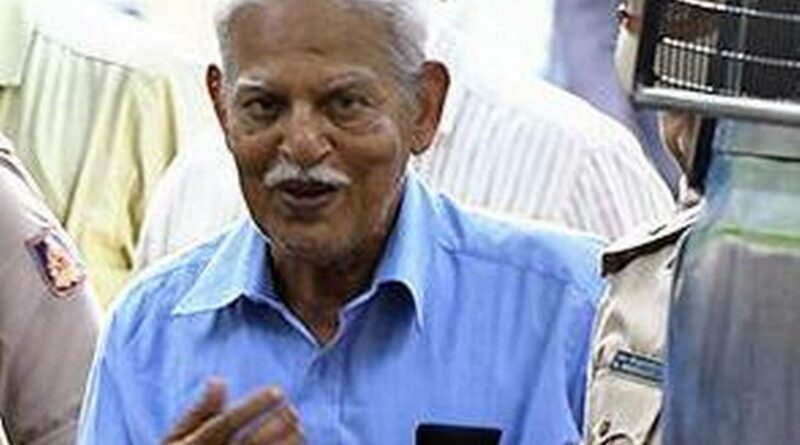 Mumbai, December 21: The Bombay High Court on Monday allowed Political Prisoner Varavara Rao, arrested by the National Investigation Agency (NIA) in the Elgaar Parishad case, to remain at Nanavati hospital in Mumbai till the next hearing on medical bail plea on January 7.

Rao, who is lodged at Taloja Central Jail, was shifted to the private hospital following a court order on November 18. The court also directed the Nanavati hospital to file a fresh medical report of Rao by the next hearing.

A division bench of Justice S S Shinde and Justice M S Karnik was hearing a petition filed by Rao’s wife P Hemalatha, seeking proper treatment for the 81-year-old and his release on bail on health grounds.

On Monday, the court enquired about Rao’s health to which senior advocate Anand Grover representing Rao, on instructions from his family members, submitted that while Rao’s health was improving, he still had blood pressure issues and doctors from Nanavati Hospital had kept him on night monitoring as he was sweating and was feeling giddy.

Chief Public Prosecutor Deepak Thakare for the jail authorities submitted that Rao was fit and can be discharged from Nanavati. Additional Solicitor General (ASG) Anil Singh, representing the NIA, submitted that Rao had been treated properly and can be discharged. While the court sought to know from Singh if he was available for final hearing on the plea on Tuesday, Singh submitted that he was required to attend other matters and would not be able to make his arguments for NIA on Tuesday and sought that the plea can be kept for hearing in first week of January after the court reopens after vacation.

Justice Shinde said, “If we accede to your request, we will have to continue his stay in Nanavati Hospital. We find it very difficult to recall our order without hearing this plea on merits.”

After hearing submissions, the court in its order noted, “There is a consensus among parties that this matter can be conveniently argued next month. The petitioner and her relatives are satisfied with treatment given to Rao in Nanavati Hospital.”

Posting further hearing to January 7, the bench said, “We are making an exception because of his health conditions and since his application is pending for some time.”