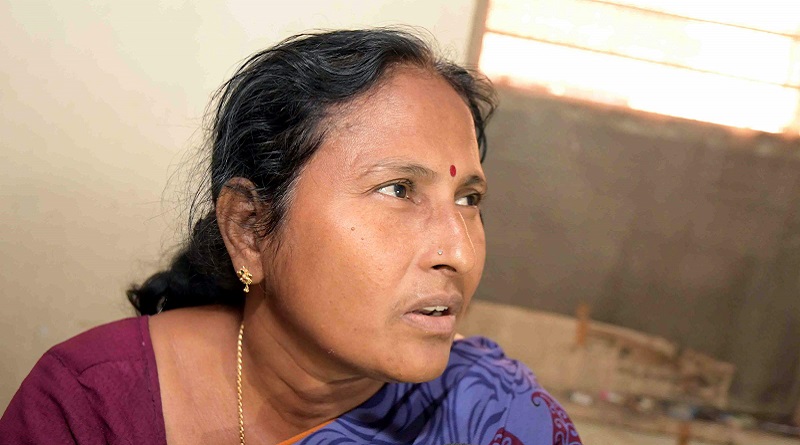 “Munna was always saying that death was certain for any one but one must die for people. People need us, he would always feel, but the police killed him at a young age,” said a sobbing Sirisha, his mother and wife of CPI (Maoist) central committee member and a top leader of the party Ramakrishna alias, during a brief halt a the house of late Chalasani Prasad, founder member of the Revolutionary Writers Association in the city on her way to Malkangiri in Odisha, on Tuesday.

This was what she said of the loss of her son, who was in his early 20s and joined the party not long ago. He was also said to be in the security ring of his father.

Munna was among the 24 Maoists killed in an exchange of fire with the joint force of AP’s Greyhounds and Odisha’s Special Operations Group in the thick forest area near Pansaput in Malkangiri district in Odisha near the Andhra border on Monday morning.

Ms. Sirisha along with her brother-in-law and co-brother of RK, Kalyana Rao, left for Malkangiri along with RK’s family members, and some others. Two ambulances were also engaged by them to bring the bodies in case they are identified.

Earlier, revolutionary writer Varavara Rao and some others left Chalasani Prasad’s house for Malkangiri after making a brief halt in the city.

Mr. Varavara Rao and Mr. Kalyan Rao, speaking at different times to reporters, said it was not an exchange of fire but a massacre of Maoists who were taking rest and demanded that the government book a case of murder against the police officers and men responsible for the encounter as per the Supreme Court guidelines. An investigation into the incident would reveal the truth, they said.

Mr. Varavara Rao asked why no Maoist was injured if it was really an exchange of fire.

The incident was part of government’s move to totally eliminate Maoists from the Agency area since they were preventing it from taking up bauxite mining by supporting the Girijans who resisted the move during Chandrababu Naidu’s previous term and when late Y.S. Rajasekhara Reddy was Chief Minister, he said.

Anjamma and Padma Kumari president and secreatary of the association of martyrs’ friends and relatives respectively, Maoist leader Gajarla Ravi’s brothers Sammayya and Ashok, his sister-in-law and family members of some of the Maoists who have been killed or suspected to have been killed, accompanied Mr. Varavara Rao to Malkangiri.

Mr. Varavara Rao claimed that the incident took place near Munchingput and not on the other side of the border in Malkangiri district but the bodies were shifted to Malkangiri instead of bringing them to Visakhapatnam.