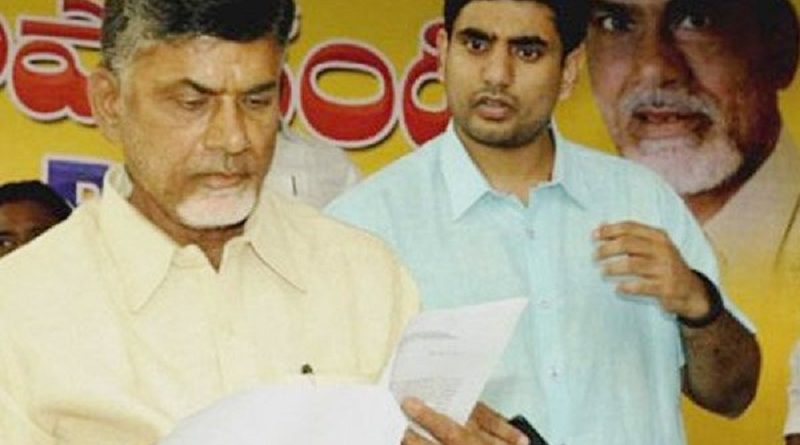 Note : This is only a media report – Redspark is still waiting for the confirmation from comrades on this letter. We will update further information as soon as we receive.

Visakhapatnam: Terming the recent encounter as “covert operation”, maoists issued a threat letter to AP Chief Minister N Chandrababu Naidu and his son TDP general secretary Nara Lokesh. The letter was issued on Wednesday evening by Maoists’ spokesperson Shyam stating that they would take equal revenge for the midnight ambush in which 24 Maoists have been killed on Andhra Odisha Border (AOB) two days ago.

The comrades also threatened that they would attack Naidu’s family with a suicide bomber. Following the threat letter to the Chief Minister, there is possible overhaul in security arrangements to Naidu. Lokesh, who is equipped with bullet-proof vehicle, will be protected with additional convoy.

Spokesperson Shyam demanded that the rebels who were captured by the Grey Hound forces should be immediately released. The government is resorting to murder in the name of encounter, he alleged. The ruling government is only trying to plunder the wealth of jungle in the name of development, he said.

Stating that Naidu cannot escape every time with heavy security blanket of commandos and armed men, the Maoist leader termed the encounter just a cyclone storm and would stand resilient within four days.

The politicians are earning crores of rupees in the State through illegal means and the senior party leaders are also supporting them, the Maoists mentioned in the letter. Since it was a plot hatched by Chandrababu Naidu and Prime Minister Narendra Modi, politicians will be targeted from now, they warned.

It may be recalled that Chandrababu Naidu escaped unhurt when an assassination attempt was failed at Alipiri checkpost on October 1, 2003 while he was on his way to Tirumala as part of Tirumala Brahmotsavam. The accused were awarded sentence in the case.