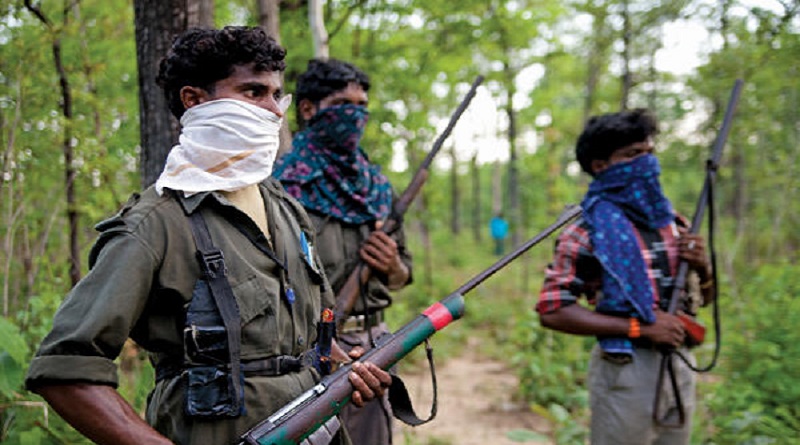 Gaya: Following the recent set back in which a Maoist leader Tyagiji was killed in an encounter with the police last week, the ultras have threatened to avenge the killing.

Hand written notes bearing the typical Maoist mark have appeared at several places in Maoist-hit Sherghati sub-division of the district. The posters accused police forces of killing the Maoist leader, Tyagiji, after overpowering him who was wounded but alive.

The posters written in a combination of red, green and black inks alleged that the CoBRA unit of the CRPF caught Tyagiji alive and murdered him in cold blood. More than once, the posters refer to PLGA (People’s Liberation Guerilla Army), the execution wing of the Maoists, hinting revenge by the armed squad.
For the record, it exhorted ‘aam janata’ to gun down Tyagiji’s killers. In the Maoist jargon, ‘janata’ means Maoists and their supporters. While mourning Tyagiji’s death, the poster said the killing will further motivate the ultras to realise the slain leader’s dream. It also ridiculed the ongoing police operation against the Maoists.

Denying the Maoist charge that Tyagiji was captured alive and subsequently killed, IG (operations) Kundan Krishnan told TOI on Tuesday that the allegation was just part of the old Maoist ploy to prevent demoralisation of its ranks. The postmortem report too gives lie to the Maoist accusation, said Krishnan.

Undeterred by the threat and the allegation, the IG said the operation against the Red rebels will continue.

Maoists, it may be recalled, have already retreated from the mainland in Konch-Tekari area, where but for once in a while hit and run operation, now concentrate on retaining the Dumaria-Imamganj-Barachatti areas of the district, where both the terrain and socio- economic milieu suit the Red rebels.