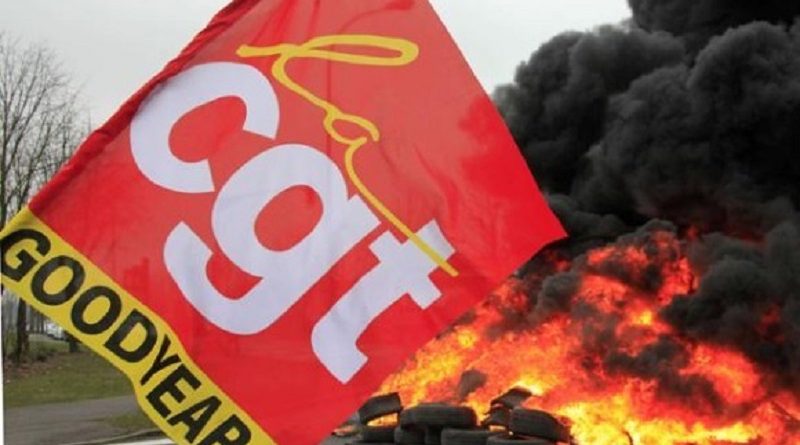 Since 2007, workers at Goodyear Amiens Nord have led a fight against the closure of their factory and for the preservation of their jobs. A key point in their long struggle is their unity, solidarity and determination.

On several occasions, the Goodyear workers did not hesitate to speak in the only language that the bosses understand: brute force! This willingness solidified the struggle and showed how determined they were to accomplish their goals.

In their fight for workers dignity, Goodyear confined in their office two factory officials on the 6 and 7 January 2014 – the production manager and the HR manager of the plant. The management had finally withdrawn their complaint and the two confined officials had not even filed one. But they were not counting on the relentlessness of the bedmates of the bourgeoisie: the state! Then the sentences fell: nine months in prison, plus fifteen month suspended.

For some years now, repression of the labor movement and broader social movements has worsened. Many protestors were beaten, arrested, convicted or imprisoned during the movement against the Labour Law. Not to forget the sad fate of the Comrades of Air France. The state wants to paint us negatively and reverse the roles – the people, fighting for our dignity, are made out to be “rogue,” “thugs,” or “violent.”

We repeat once again, these workers that the state proclaims as “violent” are right to rebel! The state and the bosses do not hesitate to use violence on a daily basis. Isn’t it violent to be fired? To risk to not being able to pay our way? Sinking into depression? To divorce? Being driven to suicide? Not to mention occupational diseases and everyday wear and tear of the body and the mind that occur on the production or construction sites.

Yes, we encourage revolutionary violence that aims to regain what has been stolen from us, with the aim of a social emancipation, for the establishment of a society where the people no longer suffer the violence of the bourgeoisie! Only in this way can the working class grow in respect and grow in power.

The Goodyear workers are right to rebel and we will continue to stand with them, as we have done for several years now.

Down with bourgeois justice!

Long live the struggle of the working class!

Neither the state nor the bourgeoisie and its running dogs will make us bow down!