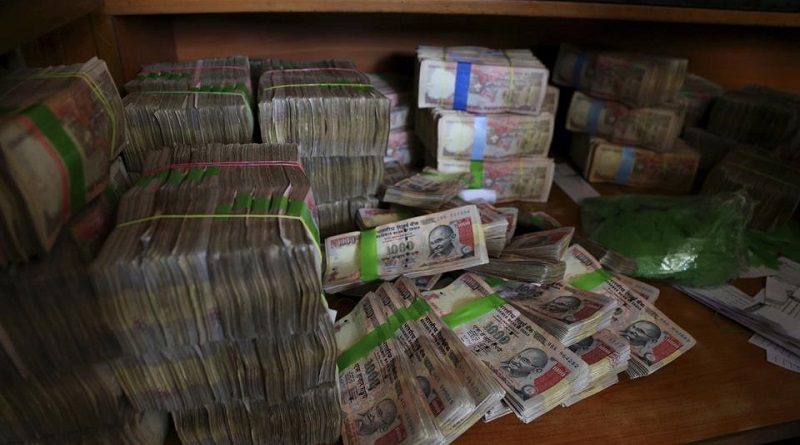 Maoists have launched a “pamphlet war” against Centre’s demonetisation move in left-wing-extremism affected districts of Madhya Pradesh and Chhattisgarh calling for “vigorous” mass movements against the decision.

The latest psychological-operation (Psyop) strategy of the Maoists came to fore when security forces deployed against the red terror in Balaghat district of MP, adjoining Chhattisgarh and Maharashtra, recently recovered a bundle of anti-demonetisation pamphlets in jungles along the state’s border with Chhattisgarh, police sources confided to Hindustan Times.

Police believe the pamphlets were left behind by the CPI (Maoist) cadres.

It said the Narendra Modi-led government’s November 8 decision to scrap banknotes of Rs 500 and Rs 1000 denominations was “dictatorial move” that overnight unleashed terror on 125 crores Indians.

Mocking at the Prime Minister’s claim that the demonetisation struck a severe blow to Maoists, the pamphlet said it’s “revolution is the answer to the Brahminic Hindu-fascism fuelled capitalism of Modi.”

It claimed the demonetization was an attempt by the PM to revive his party’s sagging electoral fortunes ahead of UP assembly polls.

It said owing to the move small traders, daily-wage labourers, farmers and rural folks were under severe stress.

According to the Maoist propaganda flyer, the Modi government’s move was promoting corruption instead of weeding out black money.

“It has sprouted several new agents who are converting defunct currency with new notes for hefty commission,” read a pamphlet, adding most of these middlemen were BJP cadres.

The move also helped money lenders to further loot the poor farmers by lending money at high interest rates and given an opportunity to police to threaten innocent citizens, it said.

SP Balaghat Amit Sanghi said police was investigating the matter after being informed about the recovery of pamphlets.

He said the propaganda was the manifestation of Maoist groups’ frustration over failing to change bulk of its defunct currency to new notes through villagers, local businessmen and private contractors.

Meanwhile, a senior IT official in Bhopal said, “The department has no clear evidence of Maoists parking demonetised notes in Jan Dhan bank accounts. But at least 500 such zero balance accounts in different banks in MP and Chhattisgarh in which sums ranging between Rs 50,000 and Rs 3 lakh have been deposited since demonetisation are under its scanner.”

Around 100 villages in 10 police stations in Balaghat are Maoist affected.

On December 10, the Balaghat police had detained two men, including a grocery trader and a collection agent of a finance company, with Rs 15.40 lakh in new and lower-value currency.

Since demonetisation, the IT department teams in MP and Chhattisgarh have seized unexplained cash totaling around Rs 13 crores.

The seized cash includes over 3 crores in new Rs 500 and 2000 currency notes.

What does the pamphlet says

Move aimed to benefit BJP cadres who have turned into agents converting defunct currency with new notes for hefty commission.