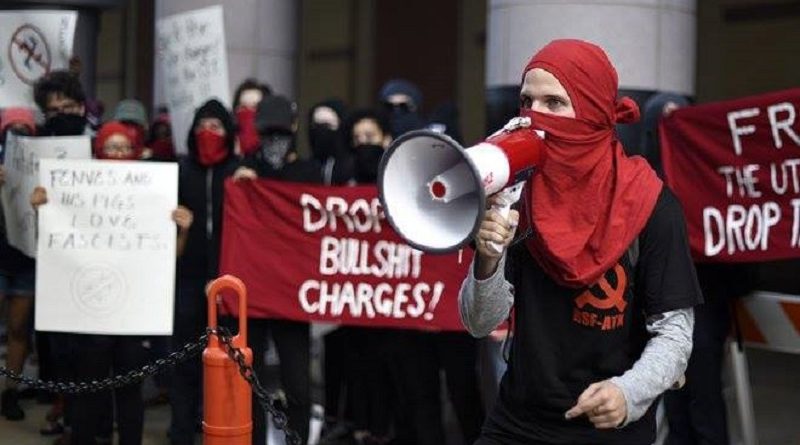 In our December 8 summation of the anti-fascist action at A&M, we included some statements about FRSO-FB that were incorrect, reckless, and opportunistic. In the final paragraph of the statement, we erroneously claimed that a FRSO-FB member was a known rapist and the organization was silencing survivors, without investigating these very serious allegations sufficiently. In making this accusation, we went directly against a principle that every revolutionary should take to heart: if you don’t fully investigate a subject, you don’t have the right to speak on it. We made assumptions instead of seriously investigating the facts of the case and whether the member in question is guilty. Though FRSO-FB’s lack of transparency has severely clouded the matter, without knowing the facts for sure it was extremely reckless to call him a known rapist.

This recklessness doesn’t just hurt our credibility as an organization and that of other organizations close to us within the Austin left. It could also jeopardize the fight against predators on the left as a whole – which is crucial for revolution – by making other statements outing predators less credible. When we offer such claims without evidence and expect people to believe them anyway, we suggest that such an unscientific method, “just trust me,” is suitable instead of, or in addition to, a scientific approach. This approach of offering claims without evidence sets an example for a counterproductive and counterrevolutionary way of engaging with other organizations and attempting to understand the world. It is ultra-leftism, leftist in form and rightist in essence: while it may sound revolutionary, in fact it sets back the revolutionary struggle.

While we know that the other statements we made — regarding the importance of combating predators in the left and FRSO-FB’s unprincipled behavior in dealing with very serious accusations of sexual assault by their members, as well as their unprincipled responses to other sorts of criticism — are true, the inclusion of the paragraph about FRSO-FB in the statement was opportunistic. It had no relationship to the action at A&M and served no purpose other than posturing. Though they were present at the action, we didn’t have any struggle or interaction with them beyond merely occupying the same space, and it was not our intention to imply otherwise. However, our stance on FRSO-FB remains the same – we aren’t going to work with an organization that has continued to maintain a complete lack of transparency around rape allegations for several years, that promotes opportunism and reformism rather than revolution (as we’ve seen in their stance towards the anti-gentrification movement in Los Angeles), and that responds to criticisms by calling critics cops, wreckers, and liars – but as revolutionaries we need to deal with all situations and organizations in a principled and thorough way instead of an opportunistic and liberal one.

As we work towards revolution, it’s inevitable that we will make mistakes. The conscientious practice of self-criticism is important for our organization’s leadership. Just like a car must be continually maintained to remain a working car, revolutionaries must continually practice self-criticism to remain effective revolutionaries. The purpose of self-criticism is to identify the weaknesses and faults that an organization has succumbed to, and then address and correct them in a timely manner, so we can learn from past mistakes, recover, and avoid future ones. All revolutionary organizations that wish to overcome obstacles they face on the road to victory while maintaining unity and fighting capability must take self-criticism seriously in their practice. We’re making this self-criticism openly because we’re committed to being transparent and dealing with our mistakes openly rather than covering them up. We hope that in making this self-criticism, we will provide a means for not only our organization, but all groups that operate in the same way, to rectify or avoid making these same mistakes in the future.