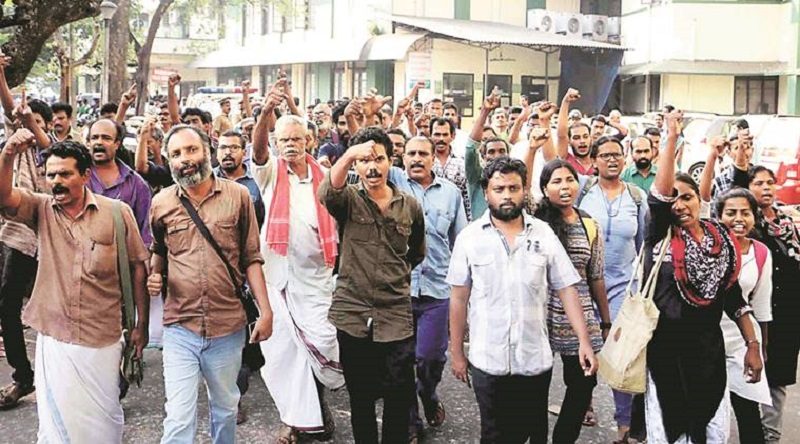 The CPI-Maoist outfit in Kerala is trying to send signals of clarification through the local media days after two Maoists were gunned down by Kerala police commandos last week in the forests of Nilambur in Malappuram district. This was the first incident in which a Maoist was killed in the state in recent times.

Binu George of Malayalam newspaper ‘Mangalam’ was among several journalists contacted via telephone by suspected Maoists in their bid to establish that the encounter that took place on Thursday was in fact ‘fake’ and carried out in haste.

“Basically, he called me to allege that the encounter was staged. He said both Kuppu Devaraj and Ajitha who were killed were suffering from diabetes and extremely ill. They were not even in a condition to stand up, let alone retaliate against the police force,” said George.

“He told me they were surrounded by the commandos and fired upon immediately. They were not given a chance to surrender,” George said. George’s revelations were reported in a story in the Mangalam newspaper.

The journalist said the suspected Maoist member had given a fake name of Akbar during the phone call and was not interested in answering any other questions.

On reports that the encounter was conducted by the Andhra Pradesh Police and not the Kerala Police, George said the suspected Maoist told him he could not verify whether the personnel were from Andhra Pradesh or Kerala. “He (suspected Maoist) said there was chaos when the encounter took place and they could not find out how many police personnel were present,” George told indianexpress.com.

While four of the Maoists were reported to have fled, two (Kuppu Devaraj and Ajitha) were shot dead by the police in Padukka forests near Nilambur. Devaraj, 61, was a central committee member of CPI-Maoist and Ajitha a state-level leader from Tamil Nadu. Sim cards, cell phones, pen drives, laptops and a firearm were reportedly retrieved by the police from the scene of the encounter.

Human rights activists and relatives of the deceased Maoists have refused to accept their bodies alleging the encounter was fake. Chief Minister Pinarayi Vijayan, under pressure from his party’s ally CPI, has ordered a magisterial-level inquiry to find out the truth behind the encounter.