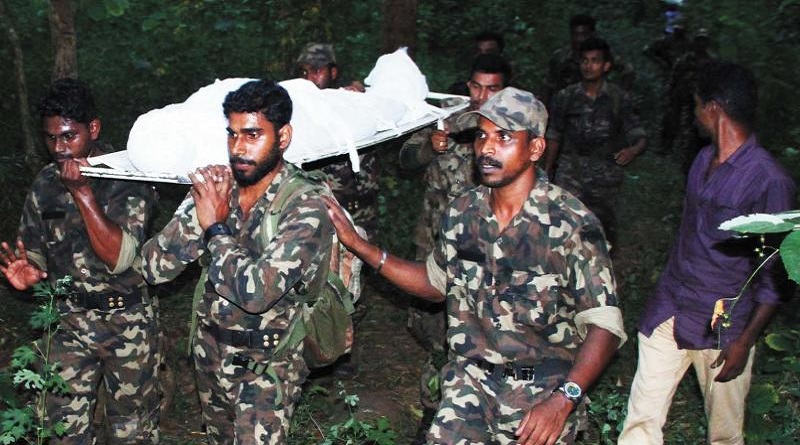 Thiruvananthapuram: Even as political leaders like CPI state secretary Kanam Rajendran and commentators on social media questioned the veracity of police version on the encounter death of two Maoists in Nilambur, the Kerala State Human Rights Commission has sought a report from DGP Loknath Behra on the incident. Three Maoist including a women were killed in the encounter on Friday. Commission member K. Mohankumar while considering a petition by P.K. Raju here on Saturday, said that the doubts regarding the encounter killings should be cleared by the government.

Mr Raju said that the police could not come out with a convincing answer after one-and-a-half days. DGP Loknath Behra has ordered an investigation by the Crime Branch into the encounter. “The dead body of Ajitha who was killed in the encounter death was lying on its back. The version that there was a continuous crossfire between the police and the Maoist for two hours cannot be believed. This was because not even a single police official was injured in the firing,” Mr Raju said.

In the complaint, Mr Raju alleged human rights violations in the case. While considering the case, the Mr Mohankumar pointed out that the media reports on the encounter death were contradictory. There are also reports that the Maoists were unarmed. The government should also examine whether the dead bodies were given a civilised treatment. The government should also examine whether the post-mortem was conducted following the procedures laid down by the directives of the Supreme Court, Mr Mohankumar said.