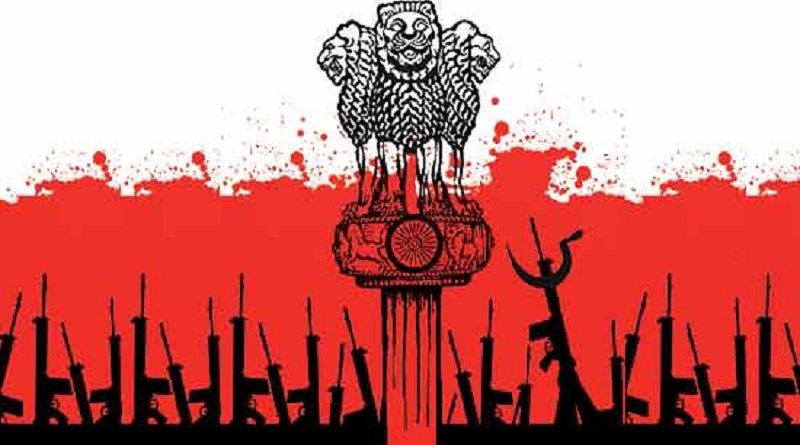 Vowing to ruin “Operation Green hunt”, an ongoing anti-Naxalites police operation in Jhumra Hills of Bermo sub-division in Bokaro district, CPI(Maoist) has urged the masses to observe its 12th martyrdom week from September 21 to 27 to price rise, corporate loot, and conspiracy by Raghubar Government against Jal, Jamin aur Jangal in Jharkhand. Posters regarding this were being seen in Dania and Lugu-pahari areas in Gomia, police sources said.

A senior police officer, monitoring the anti-Naxalites operations, said that these posters clearly exposed Maoist presence in different parts of the State.

“As these posters were mainly found in the mining areas, transportation were likely to be affected during the week. The truck drivers may not dare venture off the

highways. The dreaded rebels also take advantage and shift to safer places during the period. The Bermo police and CRPF too have great challenges ahead,” SDPO Bermo Raj Kumar Mehta ,said.

Maoists are observing the martyrdom week for the last one decade in State, the date baring significance as ultra-left ideologue Charu Majumdar had died in police custody on July 28, 1972. During the week, the rebels mainly target the police, and hold meetings and awareness campaigns through posters and handbills in remote villages.

Bokaro superintendent of police (SP) YS Ramesh added that the ‘so called’ martyrdom week was not going to affect the ongoing anti-Naxalites operations in his domain. “Extra precautions have been taken to avert any untoward incident,” he maintained.

Meanwhile intensive operations were conducted in Gomia block during last two days in the areas where the posters were found. SP further added.