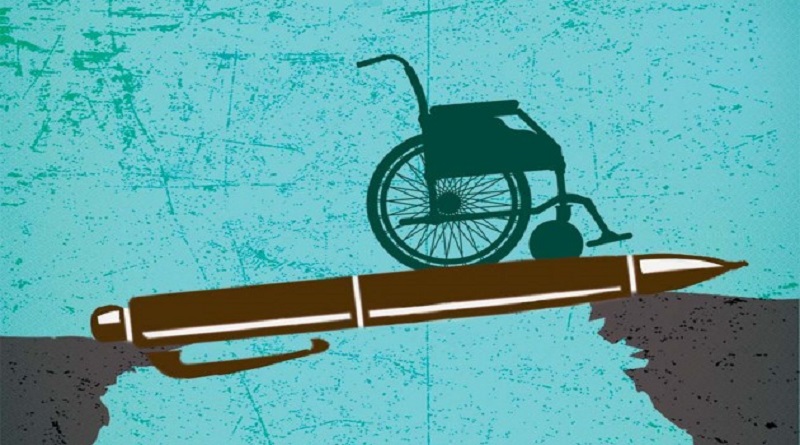 Forty years ago, I was growing up as a disabled child, draped in the folds of stark poverty. I now wonder how I confronted the world. There was no awareness in society or in me that a 90 per cent disabled child needs special amenities to realise his abilities. My parents were more worried about how I would confront the world rather than about my education. My mother would carry me in her arms to a film or a traditional theatre performance outside our village. My father would take me on his bicycle to show me a river, or the Bay of Bengal, where the Godavari voided. But after the family shifted to Amalapuram town, my mother wouldn’t move out. I missed my classes at the Shiva temple, and missed my friends grazing their cattle on the banks of the pond, where I would sit for hours.

Soon, I found that there was a municipal primary school near our rented house. One day, I crept on my hands surreptitio­usly to the school. I found that there were huge steps after the gate; beyond that was a big room where a person sat in a chair by a desk with a stick in his hand. It was impossible for me to climb up the steps. I sat for two or three hours below the steps.

No one noticed me or asked any questions. Then I slowly returned home. By then, my mother had looked for me everywhere and was furious. That was the first time I left home on my own. From then on, every morning before the prayers would end and classes would begin, I used to go to the school and wait at the steps. Eventually, the teachers talked to me. The headmaster roared at me: “This is not the time for admission; come back in June next year”. At a loss for words, I slowly crawled out.

I didn’t tell my mother what happened. Next morning I went back. The gate wasn’t open. After some time a teacher came and opened it. He was in a white dhoti and yellow shirt. He saw me squatting before the gate on the road. He smiled, and I smiled back. He asked me about my family, where I came from. I pleaded to be allowed to sit on the steps inside and watch students learn. He said that wasn’t possible, the headmaster wouldn’t allow it. I was silent, but followed him inside. The headmaster arrived and, ignoring me, rushed inside.

From then on, each morrning I would slowly climb the steps before the headmaster came and would sit on the windowsill, from where I’d closely follow classes of the third and fourth standards that took place in one room. To my surprise, no one objected, but at times the students would giggle at me. The teacher, Ganapathy master, one day  asked me questions. I understood everything he taught. He would shout down the children whenever they would look at me and giggle.

After several months, the headmaster called me in. I sat beside his chair on the floor. He said I could come and sit in the second standard class every day. The school inspector was supposed to visit that week and must not see me squatting outside. Unlike the first time, he was polite. I was overjoyed.

I wanted to rush back to my mother to inform her that I could go sit inside the school, but the headmaster sternly told me to remain in class and pay attention.

The inspector asked me several questions from second standard textbooks. I answered promptly and correctly. I could see that he appreciated my effort. He talked in a low voice to the headmaster. Next day, the headmaster told me that I was to take a test in all subjects of the third standard. I passed the test without any preparation. I was promoted to the fourth standard straightaway in the middle of the academic year. Next year, I would be in fifth standard.

Everyone told me how education was the only path tow­ards my salvation. Back in my village, those gentlemen who used to identify me as the ‘cripple’, instead of by my name, were sudden converts to this benevolent point of view, particularly after I got admission to St. John’s High School after my fifth standard. St. John’s changed my life beyond recognition.

(G.N. Saibaba, a professor of Delhi University, is accused of being a Maoist activist.)