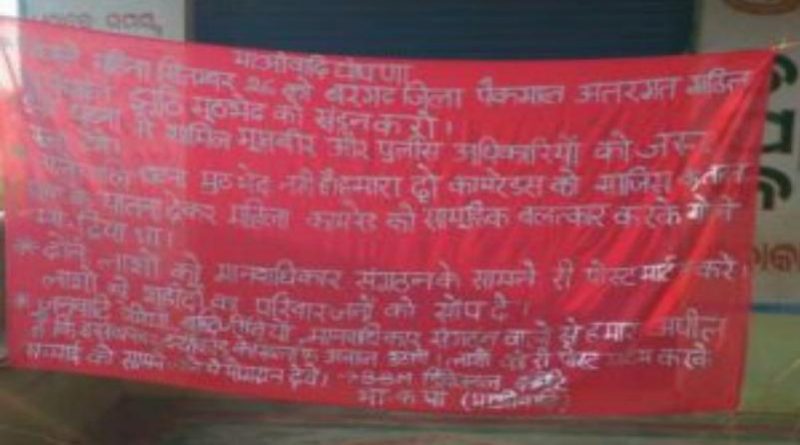 Balangir: After a few days lull, Mao posters and banners have surfaced again at the Udiapalli village under Khaprakhol police limits in the district this morning.

The posters and banners released in the name of Bolangir-Bargarh-Mahasamund (BBM) divisional committee of outlawed CPI (Maoists) group slammed the Bargarh Salepali village encounter of September 26.

Demanding justice for the two Maoists including a woman who were killed in the firing, the red rebels claimed that policemen carried out inhumane torture on them before the encounter through the poster.