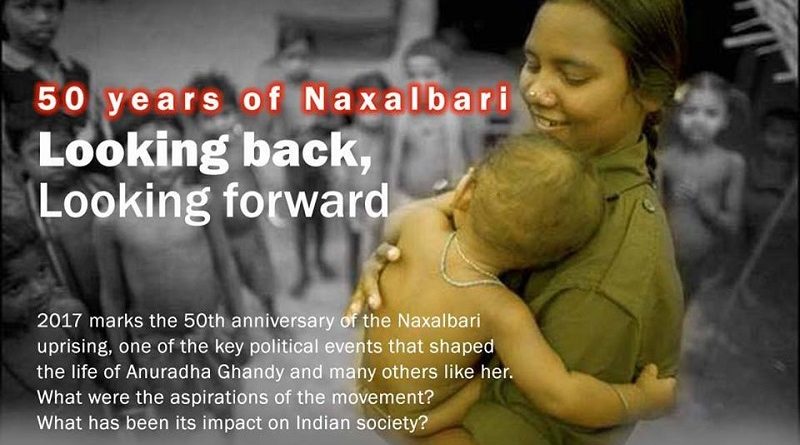 2017 marks the 50th anniversary of the Naxalbari uprising, one of the key political events that shaped the life of Anuradha Ghandy and many others like her in the late 1960s – early 1970s. What were the aspirations of the movement that encouraged urban youth to join hands with the tribals, peasants, dalits, workers, women and other oppressed sections to strive to create a new type of democracy in the country? What was its impact on Indian society over the past five decades? What lies behind its continued ability to mobilize lakhs of the poorest and most dispossessed of Indians today?

Two veteran activist-thinkers who have had close association with the movement – Vara Vara Rao and Tilak Dasgupta – will discuss these and various other aspects of the peal of Spring Thunder that reverberated in distant Naxalbari fifty years ago and the continuing storm across the country. 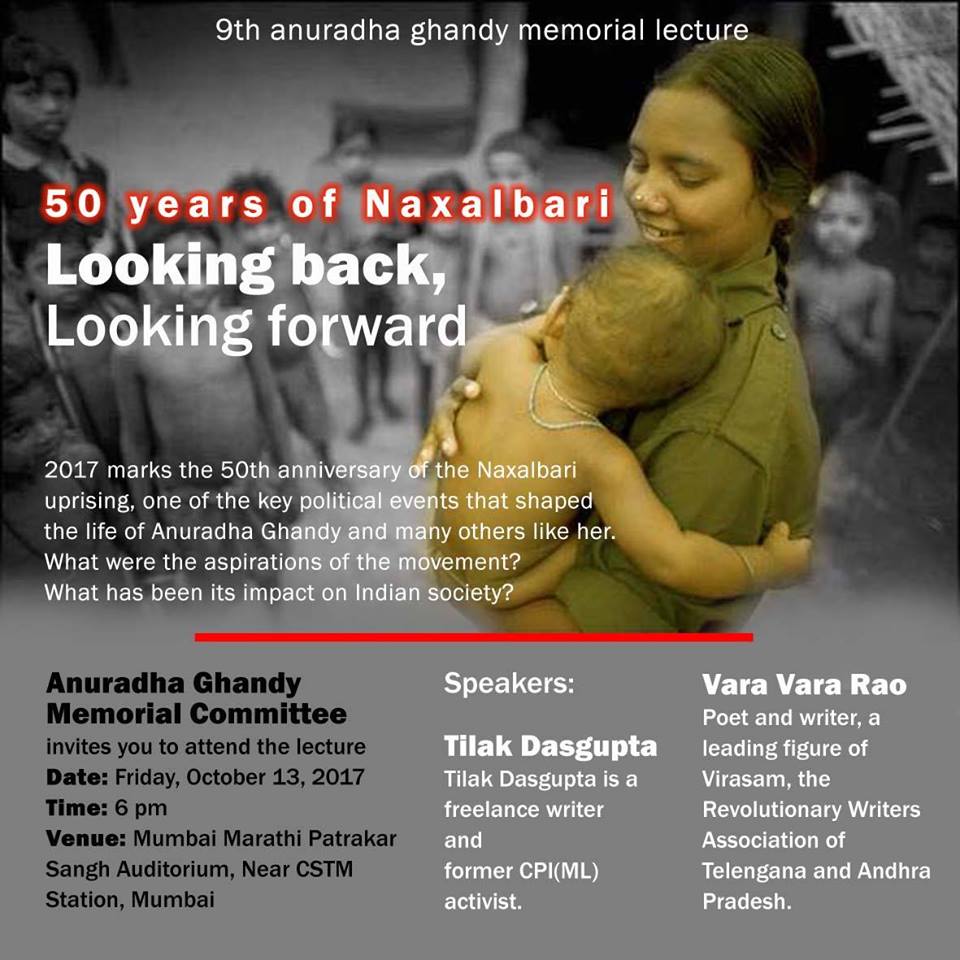