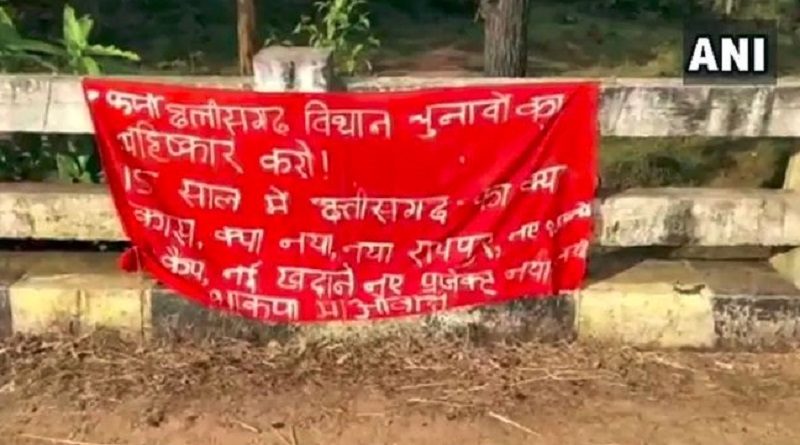 Banners and leaflets written in the name of the banned Communist Party of India (Maoist) were seen today in the Kanker district of southern Chhattisgarh, urging people to boycott the upcoming assembly elections in the state. The red banners written in Hindi said, “Boycott the Chhattisgarh Vidhan Sabha elections…what has the Chhattisgarh government done in 15 years?” and it went on to list “Naya Raipur, new projects, new mines, new detention camps”, which according to the outfit, have harmed tribals. Several leaflets calling for a boycott were also found.

However, not all election boycott calls have been linked to the Maoists. For instance, the residents of the tribal-dominated Belakchhar Gram Panchayat in Chhattisgarh’s Korba district have announced that they would boycott the assembly elections as the government hasn’t fulfilled any of its promises, reported ANI.