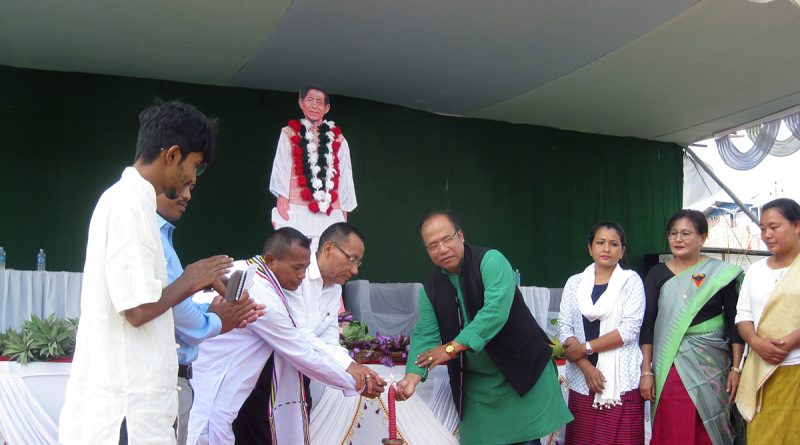 This September, the Manipur Proletariat Peoples Democratic Union (MPPDU) organized an entire month’s commemoration dedicated to the life and struggle of Hijam Irabot. Founder of the Communist Party of Manipur, Irabot also started the first armed resistance in Manipur. The Manipuri people honor Irabot as a national and socialist hero. 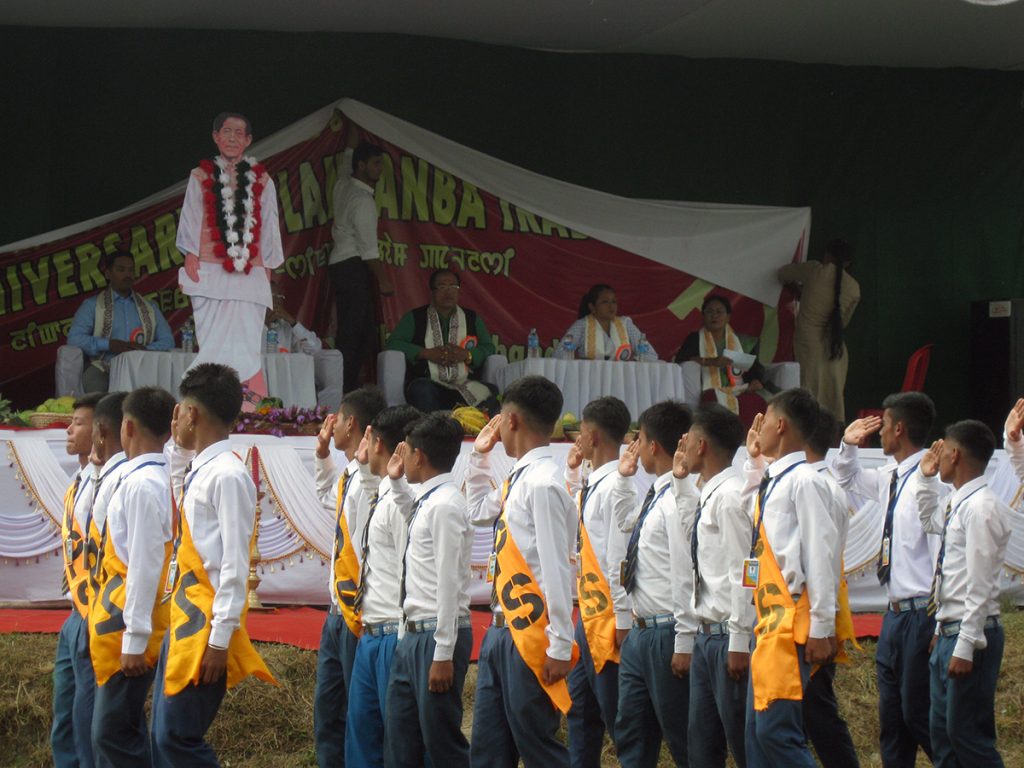 The culmination of the month’s commemoration took the form of a public gathering on September 30th, when over a thousand people gathered in Imphal’s outdoor stadium. The event was organized by Irabot Ningsing Pangba Lup, a committee formed by Socialist Students Union of Manipur (SSUM), Manipur Proletariat Peoples Democratic Union (MPPDU) and Proletarian Feminist Movement Manipur (PoFM). The day long commemoration was filmed and broadcast live on Manipuri local television.

The program began with a militant parade of school students, marching by a life-size picture of Hijam Irabot and honoring him with a military salute. The crowd was heard shouting, “Yawolna Yaifare!”, or “Long live the Revolution!”, to encourage the students.

A cultural program, organized by indigenous tribes of Manipur, with traditional songs and dances followed. 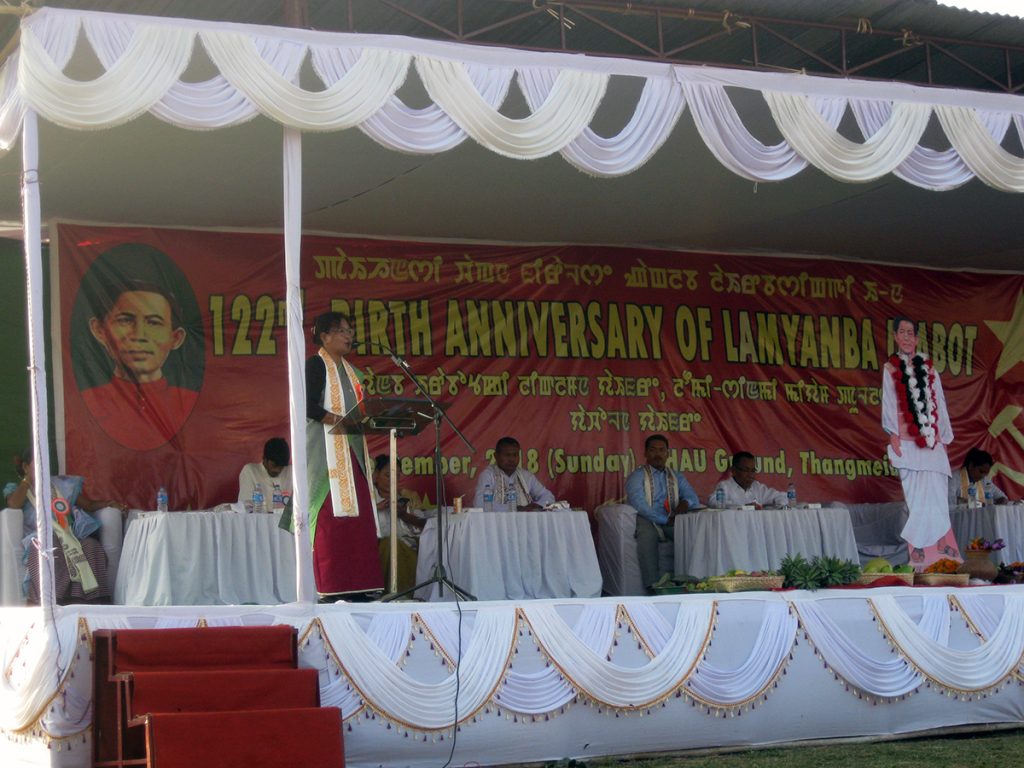 For the main program, speakers from the dais gave militant speeches, including Comrade Atif Anik, the President of the Revolutionary Student/Youth Movement, an organization based in Bangladesh and MPPDU and local representatives.

The program concluded with more traditional performances by women’s drumming and dance groups.

The march organized by the comrades for after the gathering was banned by the authorities. In its place, comrades called on supporters to take to the streets, and put up an altars in memory of Hijam Irabot in front of their houses. Thousands of lighted of candles illuminated Imphal’s streets, remembering the sacrifice of their beloved hero. 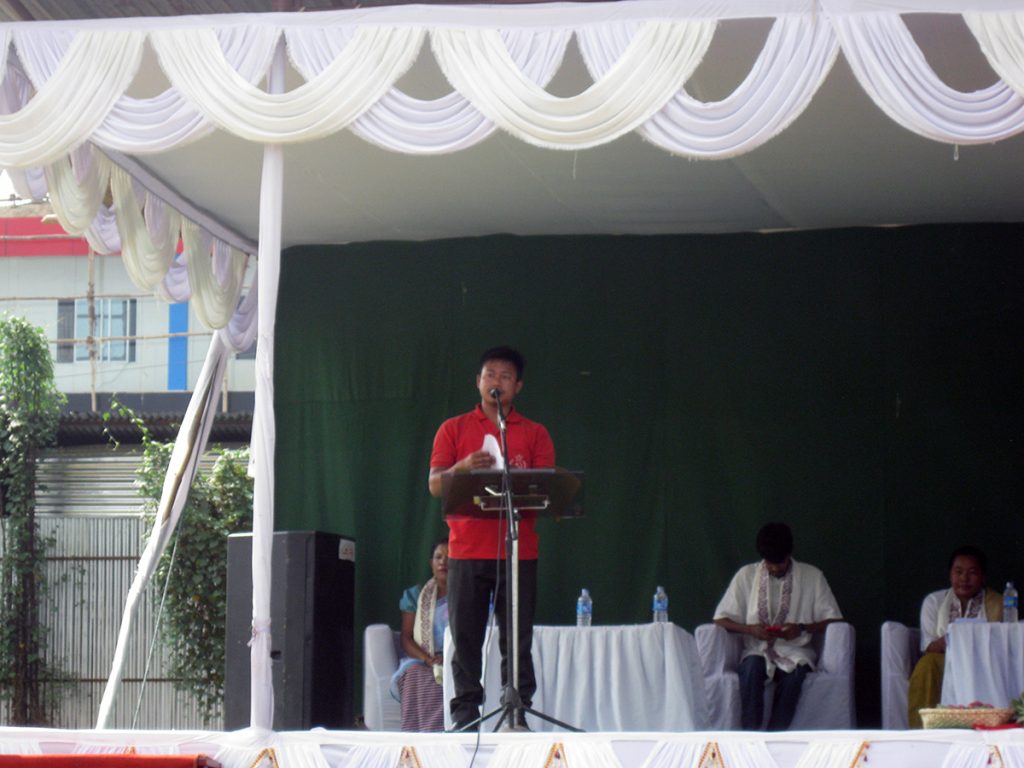 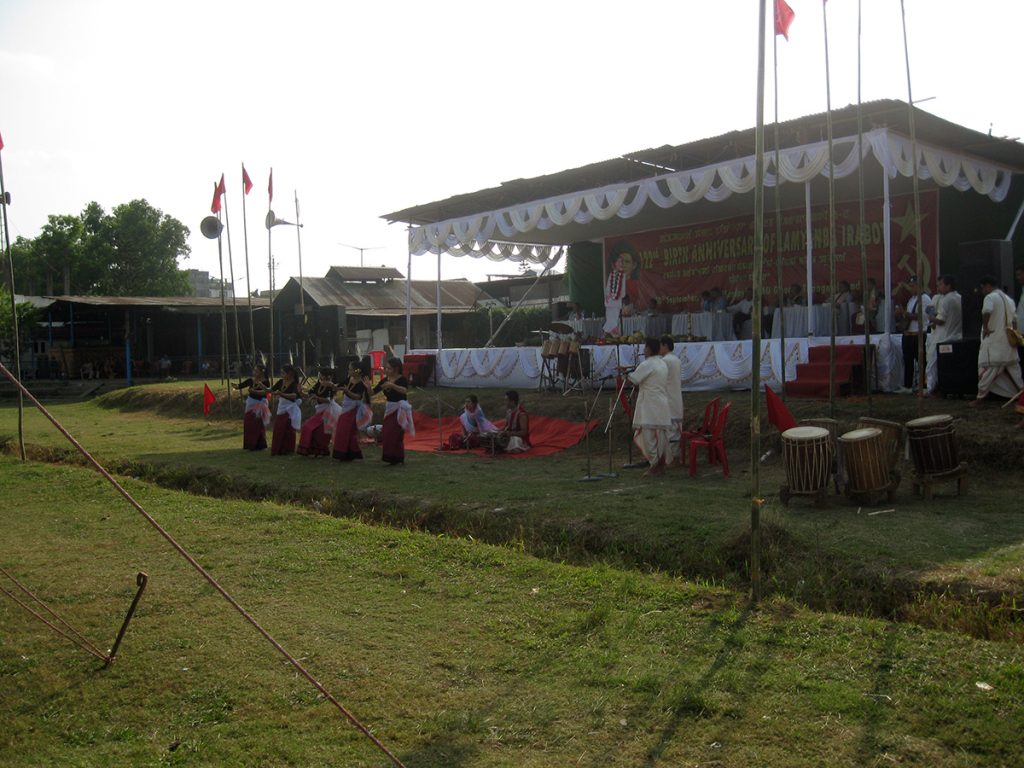 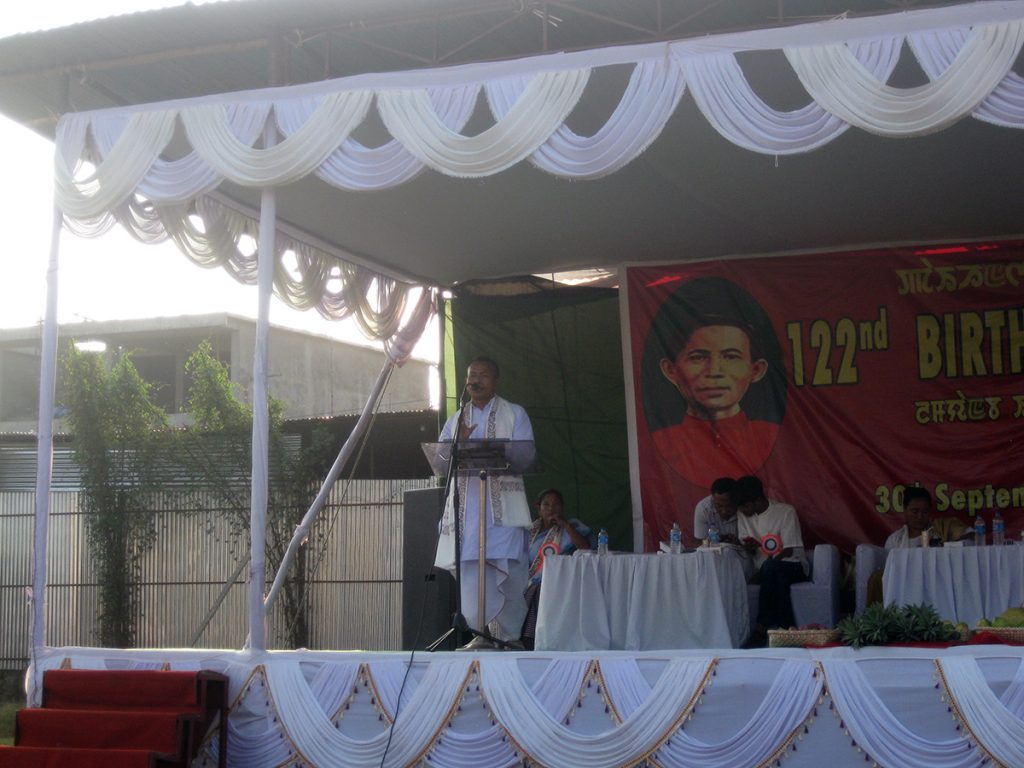 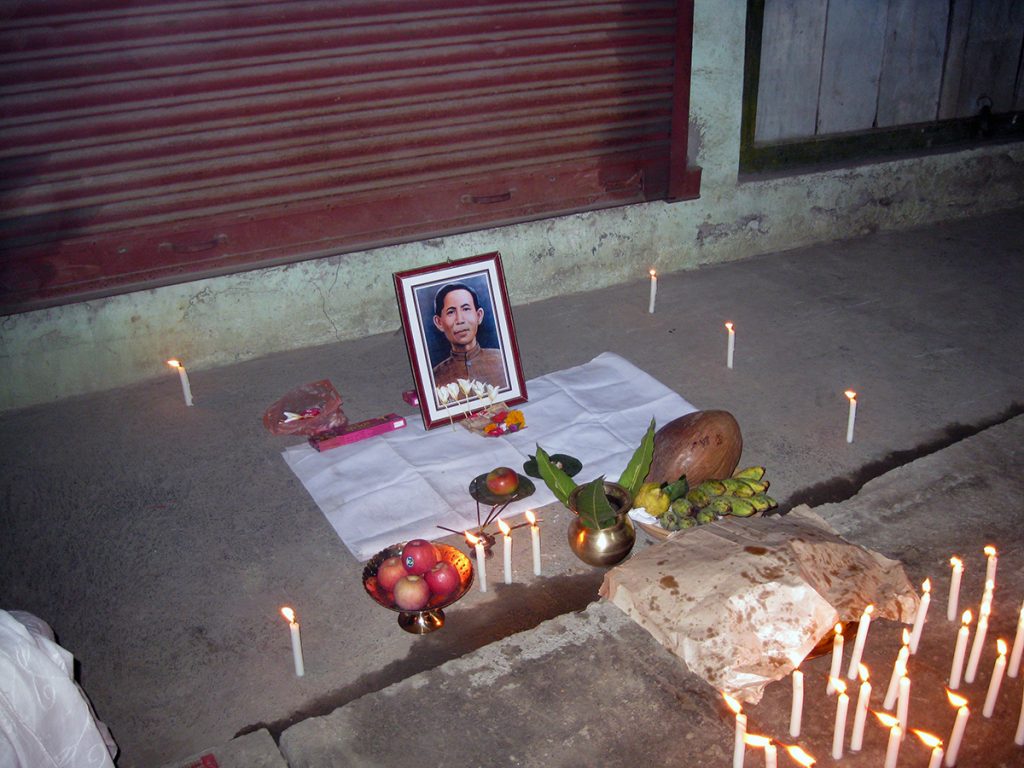