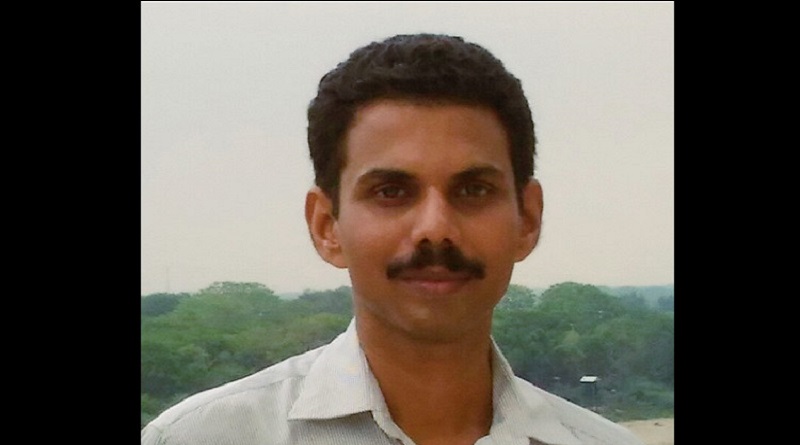 ‘The state is targeting rights activists by trying to charge UAPA on us.’

A Kerala government employee and human rights activist was on Tuesday suspended from service for “violating the code of conduct” by being part of a “leftist extremist group”.

Thirty-five-year-old Rajeesh Kollakkandi, a lower-division clerk at Directorate of Technical Education in Thiruvananthapuram, was suspended with immediate effect pending enquiry as per the directions of Kozhikode Commissioner Uma Behera.

In the suspension order issued on December 7 based on a directive from the commissioner, Rajeesh- a member of Janakeeya Manushyavakasha Prasthanam- has been accused of being part of an extremist group.

“He has thereby violated the code of conduct for government employees and has indulged in activities that make him liable to be charged under UAPA,” reads the circular that was handed over to Rajeesh on Tuesday, after nine years of service.

A day after he was suspended, Rajeesh told The News Minute that the state was deliberately targeting rights activists in the state.

“I was one among the activists who helped the slain Maoists’ relatives with accommodation and other things. The police knows me by name and since our organization (among others) have been calling them out on their fake encounter, I see my suspension as the beginning of them targeting us,” he said.

Rajeesh pointed out that there was hardly any violation of code of conduct in him being part of the rights group. “I am only a weak target for the state’s police who are trying to suppress voices of dissent,” he added.

Rajeesh said that he is going to explore legal possibilities against the suspension.

CP Rasheed -president of the Janakeeya Manushyavakasha Prasthaanam, said that the group will protest against the police’s fake encounter on December 18 in Kozhikode. Rajeesh’s suspension that is now being discussed widely on social media will also be taken up at the protest.