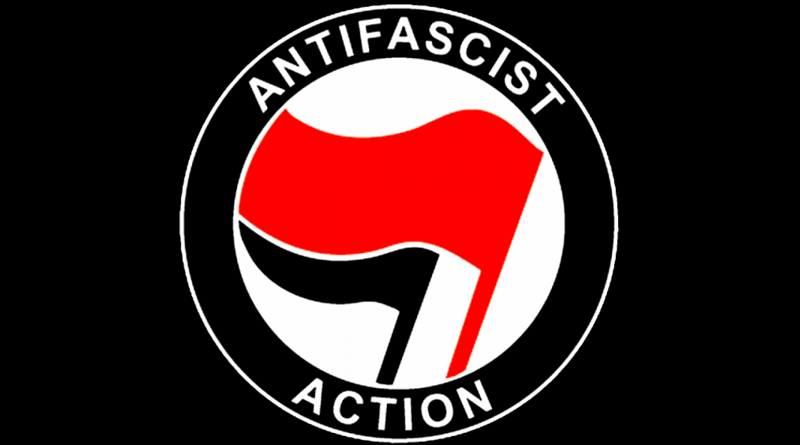 We are reaching out to you today in light of the recent election of Donald J. Trump as president of the United States. Any observer among the left, among religious minorities, among immigrant’s right groups, women’s rights groups, LGBTQIA+ rights groups, or observers from practically any other progressive perspective has likely been appalled by the results of this presidential election and its future ramifications.

But beyond the immediate results of this election, we also find appalling the fact that the election of Donald Trump is just one further symptom of a broader trend of right-wing populism, nationalism, and fascism, that has been sweeping across much of the United States and Europe. The recent withdrawal of the United Kingdom from the European Union on the basis of nationalist and anti-immigrant sentiments, the surging popularity of the Front National in France, Pegida in Germany, the Golden Dawn in Greece, and countless other right-wing nationalist groups growing in popularity in Western countries, the intense backlash against Syrian immigrants in Europe, all of these are evidence of a global trend towards right-wing ultra-nationalism of which the election of Donald J. Trump is just a USAmerican manifestation.

In light of these horrifying developments we believe the time is long overdue for a united front of progressive organizations that will be willing to stand together to combat this rising tide of right-wing nationalism, and that will be willing to stand directly in defense of the communities most likely to suffer immediate consequences should this movement continue to grow and gain power. That is the purpose of this letter: we are asking that any and all organizations with a willingness to unify around this common cause host an emergency assembly to determine what would be the terms of our unity, where we can find agreement in terms of the enemy we are facing, and what actions we are willing to immediately take in order to be proactive in the defense of ourselves and our communities.

Anyone well acquainted with the the 20th century history of Europe would have great reason to be alarmed in light of these recent global developments. The historical parallels between the rise of Donald Trump in the US today, and the rise of Mussolini and Hitler in the 1920s are too blatant to ignore. Donald Trump is a demagogue. This election cycle he was masterfully able to play to the genuine sentiments of disenfranchisement and disillusion that many white, working-class voters from Middle USAmerica are feeling, and was able to play on their latent (and often overt) racism in order to redirect much of their economic frustration onto groups that have been traditionally economically, racially and religiously oppressed. In doing so, he has also awakened the many white-nationalist and fascist groups around the United States, who feel as though they once again have a champion of their ideas in the White House and who have been, over the last few years, emboldened to take direct action against the communities on which they place the blame for their economic woes.

This combination of a right-wing demagogue in power and a litany of racist and fascist gangs around the country being emboldened by his rhetoric is very scary indeed. What we are seeing resembles very closely the sort of Nationalist sentiments that Adolf Hitler was able to arouse in Germany, the paramilitary gangs he was able to embolden that eventually became the so-called “brown shirts”, and the general scapegoating of traditionally oppressed minorities. We have heard the saying so often that we take it for granted, but what does it mean that “those who do not know history are doomed to repeat it”? What does it mean for us particularly at this moment in time?

The history of Nazi Germany and the preceding history of the Wiemar Republic is certainly too long and complex for us to be able to thoroughly detail in a simple letter, but there are certain aspects of this history that we do not feel we can leave out as we make this plea to you for a united front. We do not want to mince words: the movement that we are witnessing, with or without Donald Trump, is a movement towards open fascism in the United States. Trump taking the reigns of the presidency is not in and of itself the victory of “fascism” proper, but it is an enormous step in that direction and the time is now for us to be proactive in preventing the repetition of the tragic history of Germany and Italy in the middle of the last century. The history of the Wiemar Republic that we do not wish to see repeated is the abject failure of the left progressive and left-religious organizations to assemble a united front against the growing fascist movement.

Following an incomplete revolution in Germany in 1918, the “Social Democrats” gained power in the parliament and came with a whole host of promised reforms and policies to better the lives of downtrodden and working class German people. Ultimately, due to the constraints of the bourgeois democratic system that existed in Germany at the time which the revolution was not able to completely undo, the Social Democrats were not able to deliver on their promises to working class people. In this environment, the Nazi’s were able to capitalize on the continuing discontent of the people, who felt as though the Social Democrats in power had failed them. Additionally, by consistently urging the people of Germany to put their faith into the Social Democrats and to put their faith into the bourgeois democratic structures in which they operated, the working-class and oppressed people of Germany never conspired to create expansive working-class structures of power on their own to provide for their own needs and defenses.

Years and years of putting their faith into the “lesser evil” culminated in the elections of 1932, in which the people were again urged to vote for Baron Von Hindenberg as the “lesser-evil” to Hitler and his Nazi party. Hindenberg was elected and soon after appointed Hitler as Chancellor of Germany. This marked the ascension of the Nazi party to power in Germany, the emboldening of the fascist paramilitaries that had been bubbling just beneath the surface of “liberal” German politics, and the ultimate tragedy that followed. Furthermore, because the people of Germany had consistently put their faith into the “democratic” system headed up by the Social Democrats, no external base of power for themselves was ever established, and when the fascist paramilitaries immediately began their crackdowns on working class people—trade unionists, the poor, disabled, religious minorities, etc. these groups were absolutely defenseless and were slaughtered at the hands of the Nazis.

This is the most important historical lesson we believe we must draw from the history of fascism in the 20th century: without a unified movement of working class, oppressed religious and racial minorities, we will find ourselves helpless in the face of the racist gangs which a Trump presidency is currently emboldening and dog-whistling. We cannot rely on the very system of government that created the conditions in which Trump was able to rise to save us from the mess we are facing. Those in government, the liberals and the progressives, are currently holding the door open for Trump as he assumes the reigns of power and appoints open white-nationalists like Steve Bannon to important positions in his presidential cabinet. These elected liberals and progressives in government are like the Social Democrats of Wiemar Germany who insisted the German people “give Hitler a chance” right before appointing him Chancellor of the country.

We cannot continue to neglect building this united front outside of the system and hope that Democratic or liberal challengers in elected positions will put up the requisite fight to defend the communities most at risk from this growing movement. We have to do it ourselves. We have a historical duty to do it ourselves, to learn the mistakes that were made in the 20th century and to not repeat them. Only the broad masses of people, and the organizations to which they belong and which represent them, organized and ready to take action on their own accord, will be sufficient to stop the horrors which await our communities if we do nothing.

We propose that sometime within the next four weeks, any organization who wishes to join to this united front determine a time which would be best suited for a city-wide meeting, determines a number of delegates from their organization who will attend this meeting to represent them, and that they draft up whatever key points could be determined ahead of time that would be necessary for their unification with such a united front.

We do not expect that anyone who wishes to join into this Front with us agrees completely with our political outlook. We believe that these are questions that can be settled later. For now, we believe there is a common enemy in the Far Right, white nationalism, and fascism, and that if we do not agree on a course of action for our communities now it may be too late for us sometime in the near future. Please join us in this struggle. We hope to hear from you soon. We are open to suggestions on how this meeting should be coordinated and organized, so please respond indicating your willingness to join or not to join such a front, as well as any suggestions you may have. When we have heard back from all the organizations contacted, we will reach out with a further email indicating a location and a time for the meeting.

If you have any questions please send us an email [email protected]gmail.com