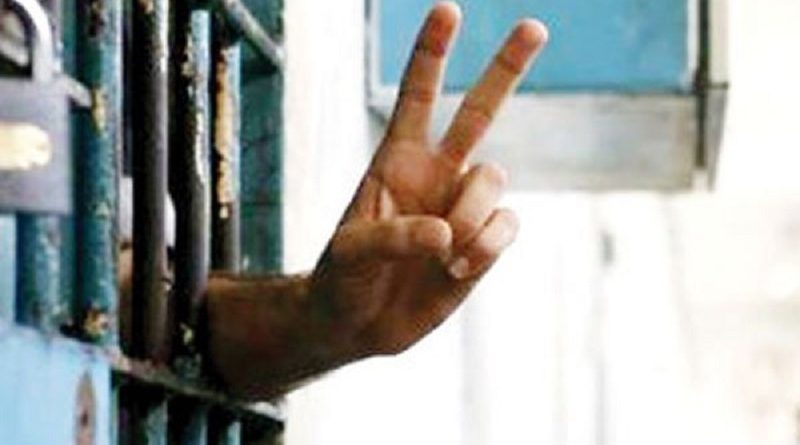 It is ironic that a man who is a leading member of the Committee for the Release of Political Prisoners (CRPP – based in India) is himself behind bars. Rona Wilson is charged under one of the most draconian of laws in India – Unlawful Activities (Prevention) Act. Wilsonis a scholarfrom Delhi who was pursuing a PhD at Jawaharlal Nehru University JNUbefore he was arrested in June 2018. He holds the portfolio of Public Relations Secretary in CRPP. This essentially is an above-board organisation that acts as a watchdog on matters relating to people imprisoned for their political views and activities within the law of the land, but which the Indian State finds distasteful and/or objectionable. Such organisations are necessary in every democratic society that volunteers to keep a check on Government-Administration’s malpractices that escape the normal inbuilt checks and balances in most democratic countries. This is why similarorganisations like Amnesty International (AI) which seeks to expose injustices and campaigns for human rights are respected in most democratic countries. The work done by CRPP is similar to AI but more focussed on the political prisoners in India.

The CRPP came into existence after the acquittal of SAR Geelani, a teacher at Delhi University and human rights activist. Geelani was falsely charged of involvement in the 2001 terror attack on Indian Parliament. Rona Wilson believed that Geelani was wrongly given the death penalty. Wilsonworked tirelessly to get Geelani’s death sentence quashed and eventually got him freed. After that, together they formed the CRPP to help secure the release of other political prisoners unjustly held behind bars. The Liberalisation, Privatisation and Globalisation policies that took hold in India during the 1990s,have resulted in opening up of India to free-for-all loot of the mineral wealth buried in the land, the goodness intrinsic to the flowing waters and the richness that naturally exists in the jungles. The result of these corporate-sponsored mining projects has seen mass displacement of Adivasi (Tribal) people and devastation of their environment.

Since India’s ‘Independence’, Adivasi land has been encroached upon slowly but surely. Promises of fair compensation and relocation have been broken without any recourse for justice. Dr G N Saibaba pointed out that there was another angle of attack from the onslaught of Globalisation on the Indian People.The Indian Government had agreed to allow Multinational Corporations, both foreign and national, to set up numerous Special Economic Zones (SEZ) all over India. These agreements had been signed and sealed under hundreds of Memorandum of Understandings (MOU), details of which are kept secret.  Ambitious plans were afoot to build theme parks, retail parks, multi-lane highways, numerous air/sea ports, hydroelectric dams, etc., all in the name of ‘development’. However, this will be/has been at enormous cost to large sections of poor Dalit and Adivasi communities,resulting in their inevitable displacement. Saibaba spoke of Peoples’brave resistance to save their Jal(water), Jungle and Zameen (land). He highlighted the great sacrifices being made by Dalits and Adivasis to protect their rights and how thousands were locked up in jails as under-trials, without any legal help. He spoke of many who retaliated against the Police violence and fire and were being killed in police encounters. The tireless campaign of Dr G N Saibabato awaken the world to the human catastrophe in the making,landed him in the Nagpur prison, for life, in solitary confinement, in the notorious Anda (Egg) Cell. Solitary confinement is barbaric – it is torture – a crime according to international Covenant on Civil and Political Rights. Before his outrageous life sentence,Dr G N Saibaba was a much-loved professor at Delhi University. It needs to be said that Prof Saibaba is wheel chair bound, 90% disabled, with polio debellated legs. His incarceration for over two years has deteriorated his wellbeing and he suffers many serious ill health conditions. This is a gross miscarriage of justice that needs international condemnation in the strongest terms.

Rona Wilson and his CRPP team specialised in picking out such cases where a miscarriage of justice has occurred. They successfully campaigned for the release of Dr Binayak Sen, a physician and human rights activist, wrongfully arrested, sentenced to life imprisonment, for allegedly working with the CPI Maoist – a banned organisation in India. The campaign succeeded in securing Dr Binayak Sen’s release. The team also worked for the release of journalist Arun Ferreira, a democratic rights activist, arrested under UAPA on charges of sedition. Ferreirawas eventually released after 4 years and 8 months, cleared of all charges (only to be arrested again – see below).

It is widely believed that Rona Wilson’s CRPP Team, with the legal brains of Surendra Gadling, a lawyer specialised in Unlawful Activities Prevention Act, were putting up a toughlegal battle to get the judgment on Prof Saibaba overturned. To scupper their efforts, the Indian Government played the often-used card of arrest based on totally fabricated charges. Rona Wilson and Surendra Gadling were labelled ‘Urban Naxalites’ and arrested in June 2018, under UAPA, along with Prof. Shoma Sen, Sudhir Dhawale and Mahesh Raut. All are known democratic rights activists, supporting the activities of CRPP. These activists were asking very awkward questions and raising very pertinent issues regarding denial of justice to Dalits, Adivasi, repression of women and persecution of those who spoke on their behalf. However, since questioning the Government is not against the law, the police concocted the story that these five people instigated the violence at Bhima Koregoan at the start of 2018. Even more bizarre is the allegation that they were conspiring to assassinate Prime Minister Narendra Modi. Fabricated emails/letters were presented as evidence, said to have been found on computer belonging to Rona Wilson. This allowed the activist to be charged with the non-bailable cases and locked up in prison for an indefinite period. From behind bars, they are now having tofight a never-ending legal battle, against all odds, to prove they are innocent. It seems the norm of ‘innocent until proven guilty’ has disappeared from the Indian justice system.

Prominent people like writer/poet and social activist VaraVara Rao, lawyers Sudha Bharadwaj and Arun Ferreira, human rights activist and writer Gautam Navlakha and Vernon Gonsalves, campaigned and demanded their release. Not putting up with the noise of condemnation, the Indian police moved to also arrest these latter five in September 2018, labelling them ‘Urban Naxals’, also alleging their involvement in the Bhima Koregoan violence,as well as the over-throw of the Indian State. All are behind bars, except Gautam Navlakha who has so far evaded arrest through some clever legal moves. But his freedom hangs on a knife edge with Indian authorities’ incessant effort to overcome the legal obstacles that prevents his arrest. The same fate is being faced by Father Stan Swamy who is very concerned about the plights of people held as ‘under-trials’, often for an indefinite period. Then there is the threat of arrest to Prof Dr Anand Teltumbde, a well-known technologist and prolific writer on Caste/Dalit issues. He is leading figure in the recognised Committee for Protection of Democratic Rights (CPDR) whom the police want to group with the other ‘Urban Naxals’. The Indian State is aware of the fact that it has no legal case against these people, hence it resorts to illegal acts of fabricated charges against theseworld-renowned intellectuals, democratic and human rights activists.

Having been considered as thorn in the body of State power, these activists were taken out, locked away, to fight for theirrights, freedom and justice from the confines of the Indian Prison. In India, fight for legal justice from outside the prison is near enough animpossible task. What chance do they havefrom inside one of the most horrible prisonsystems in the world? The most convenientand heinous instruments the Indian government has at its disposal,are the colonial era created laws of sedition. These laws cansimply be used to imprison anyone whom the government doesn’t like, leaving them to fight for justice against the well-funded state legal machinery. At the same time the prison authorities do their damned to shred the prisonersto pieces, both physically and emotionally, in the secured closed confinements.

Over a number of decades, a clear pattern is emerging in India. Both the Indian and foreign multinational corporations want a free hand to loot the natural resources, cheap labour and market wealth in India. They can only do that with the support of the Indian Government that supresses Peoples resistance. To stay in power, the Indian Government has unleashed the organised Hindutva goonda forces under various banners like Gau Raksha, Love Jihad, Bharat Mata, GharVapsi, etc. Its fascist tentacles are spreading everywhere, in industries and institutions such as the police, judiciary, bureaucracy, universities and in all other administrative departments. It commands almost all the electronic and print media. The independence of the CBI, Banks and the Supreme Courts have been called into question. Thisprovides the capacity to clamp down any descent with brute force. The Indian style fascism is quickly rooting itself all over the country. Its ugly growth is overshadowing democracy and is set to destroy India.

The peopleheld for their beliefs and views are POLITICAL PRISONERS and they must be classed and treated as such. India is party to the international code applicable to handling of Political Prisoners, however the observance of such code of conduct is notably very absent. Democracy is becoming illusive outside the Indian prisons but inside it is not to be seen in any shape or form. The relationship of democracy to India is thus twice removed.

Lekh Pall is UK Based Democratic and Human Rights Activist