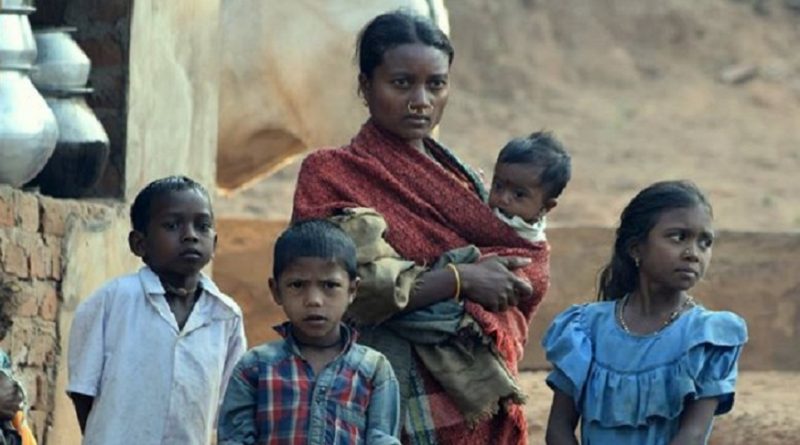 In the view of different narratives presented by Police, Maoists, Rights’ organizations and Tribals, a team constituting of university students particularly research scholars from 12 different universities across the country have decided to conduct a fact finding to reveal the truths behind the entire episode which has claimed 32 lives.

The fact finding team with almost 26 members has studied the entire event by meeting and interacting with the relatives of the dead including Maoists, Police and Tribals, visiting the site of ‘encounter’, and nearby tribal villages such as Baakuru, Bejjangi, Gussam Podar, Kojjiri guda, Bachhal podar as well as the village of Abu Bakar (Gajuvaka) and Munna (Alakurapadu). The team could make some observations which are different from the statements or declarations made by the DGP as well as the media. Few of the observations are presented as preliminary report for the purpose of today’s press conference.*

No traces of cross firing

Andhra Pradesh DGP has described the entire episode as an event of crossfire or exchange of fire between them and Maoists. However we could not found any evidence of exchange of fire on the site. The fact finding team divided into the teams of five has searched every inch of the ‘encounter’ site. Nowhere in the encounter field around 300 feet, could we find the traces of bullet wounds, blood stains, or even any traces of friction between them. Andhra DGP by displaying the weapons said to found in the ‘encounter site’ has stated that the Maoists have used highly lethal weapons. If this stands true the amount of destruction should be high with high amount bloodshed. But this is not the case when we observed the site. We could observe a bullet wound on a tree and also we could find an un used bullet on the site.

Why the evidences were burnt?

When we observed the site of ‘encounter’ we could find some things used by  Maoists such as water cans, plates, tiffin boxes, umbrellas (28), glasses,  shaving creams, lifebuoy soaps, etc. These things were found burnt in a  single place. We could also observe huge amount of cut long hair. If the  police after the episode could display the arms procured from the  ‘encounter’ site before the media why did they burnt the other stuff of the  Maoists if not to bury any traces of evidences.

The things left un burnt such as few magazines of ‘Arunatara’ editions of  July and August, 2016 of Virasam (Revolutionary Writers Association) and  Vaartha news paper (October 10, 14, 19) and Eenaadu (October 29) reveal  that they might stayed there for more than a week. It also reveals that the  police has selectively tried to establish as direct link between the Maoist  party and Virasam.

What about mutilations of the bodies?

The first hand witnesses revealed that when an aadivasi girl named Jammi  khora who tried to hide in a bush nearby upon hearing the heavy firing  sound, she was dragged out by the police by pulling by both hands and was  killed.

In the similar lines the villagers who have seen the dead body of Laxman  Pangi (tribe) has revealed that they found the face of the dead burnt after  pouring hot water.

According to the direct witness stated by the villagers of Ramaguda named Lachha modali, Donbru Killoyila, the police have fired at a house in which  an aadivasi woman who ran for life after hearing the firing hide. We could notice the three bullet injuries on the wall of the house in Ramguda. In  addition when Lachha Modali went on to Balimela reservoir to take out the  fish net at 6 am the police has fired at him indiscriminately so he flew the site by swimming and hinding in hills only to return after a day in the  evening to his village.

The father of dead Maoist Daniel hailing from the infamous Wakapally has  said that he found marks of cuts made by axe on the face of Daniel along  with bullet wounds on head and temple shot at point blank. He along with  other relatives could also found the hands of Daniel being twisted. These  evidences he said were present before the postmortem. It needs to be  hightlighted here that even though they were taking the body of Daniel  after fulfilling all the necessary formalities they were harassed by the  police on their way near Chintapalli.

What about the 11 missing Aadivasis?

An aadivasi Jayaram Khilla native of Khojjiri guda who was air lifted by  the helicopter from the site of ‘encounter’ along with other 10 aadivasis  from nearby villages went missing from the day of the ‘encounter’. The  visual of Jayaram being lifted by helicopter was also telecasted in news  channels.

Violations of rights and law

The guidelines declared by NHRC as well as the honorable Supreme Court  state that the details of the dead should be informed to his parents or  relatives while that of unidentified should be disclosed through media, and  the procedure of postmortem should be video recorded. However these  guidelines have been violated in every means possible.

What about the alcohol box labels as well as condoms?

200 meters away from the Ramguda village in the place where police have  stationed the team could observe along with socks, labels of alcohol bottle  boxes as well as used condoms. This raises doubts regarding the chances of  sexual assault on the aadivasi women who were caught red handed by the  police.

We were stopped at every village and our jeeps were checked and repeatedly were asked to display and handover id cards. On the one hands we were asked to do the observations neutrally without any  bias while on the other hand we were pressurized, harassed and haunted continuously. Since we have declared the details of the team members on the  media the family members of our team members (David, Valarmathi and Satish)  were harassed and threatened by the police.

By sending the police to our homes our family members were terrorized. This however reveals that the police are trying hard to not to let us study and reveal the facts about the entire episode. Various hurdles were created to defame the fact finding    team as biased by deliberate rallies organized by the police in every place  where we visited.

Doubt about the death of police constable

Even though the dead constable knows swimming as declared by his father is  said to be died by drowning in the exchange of fire. A well trained  paramilitary constable dying by drowning raises many questions about his death.

Distortions by the media

While we were involved in the fact finding by visiting the families of  Maoists, aadivasis and the police several news papers particularly published from Ongole have stated that the fact finding team consoled the  family of the dead. We would like to declare that our entire visit was  neutral and was with the intention of enquiry. We request the concerned  media to correct themselves. We would like to declare that we did not  involve in consoling any family but we were motivated to study the facts.