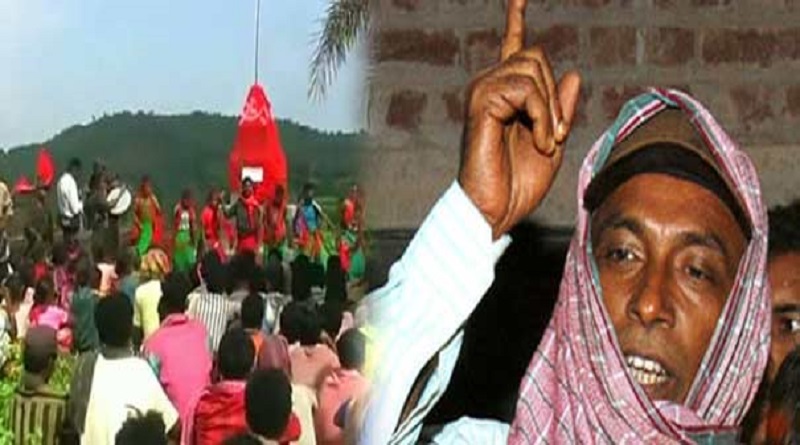 Exactly five years back, Indian state killed com. Kishenji. The struggle has continued, and it will continue. As long as there is oppression, there is injustice. For that occasion, we publish a touching letter from com. Kishenji to his mother.

People are protecting forest brothers and forest sisters amidst state repression and combing operations by the security forces. Repressive measures of the government are on the increase when people’s movements are on the rise. Everything is fine here. You might have observed the students at Hyderabad! Telangana is not announced despite the continuous struggles of students of Osmania University and Kakatiya University, various political parties and sacrifices and suicides of the youth for decades. We extend support for a separate Telangana. But more than that for a democratic Telangana, democratic Dandakaranya and democratic Lalgarh. We are fighting for even a separate Gurkhaland. Any struggle lasts until the aspiration for a separate State is successful. All political parties are playing gimmicks on the Telangana issue. But, from the beginning, we are demanding and fighting for a separate Telangana—that too for a democratic Telangana! To divert the issue, there are group clashes in the Congress party and under the leadership of former Chief Minister of the State Rosaiah, they are distributing free rice in all areas. All these won’t stop the people’s aspirations for separate Telangana. To divert the issue, they are making ‘hangama’ by declaring four per cent reservations for Muslims. For their survival the Congress, BJP and RDP—all are sailing in the same boat.

This time the Prime Minister, Manmohan Singh, and the Police Minister, Chidambaram, responded positively for a separate Telangana keeping in view the ferocious resistance put up by students of the OU and KU. However, no attempt to fulfil the promise is made. We supported Telangana as part of our fight for rights. The government, showing our support to the cause, wants to crush the movernent. As at Lalgarh, additional forces were deployed at the OU. People know who the Maoists support. It is the humble duty of the movement to protect Hyderabad, people’s history, Muslims, Hindus, Adivasis and the downtrodden from the clutches of the rulers. Democratising Telangana and working for a Federal lndia is the sole aim of the Maoists.

The state declared war on us. The movement is progressing with the agenda of—‘Land to the down-trodden, land to the tribals‘. The Manmohan Singhs, Naveen Patnaiks, Chidambarams allot thousands of acres of land to the Jindals, Posco, Tatas in Odisha, Chhattisgarh and Jharkhand. When forty thousand acres of land was to be given to the multinationals, people are taking up various types of struggles and even readying to shed their blood for land. We are with those people! You might be aware that people’s war is going on under our leadership to protect the rights of tribals.

On behalf of lakhs of mothers like you, we are fighting against deception and cheats that are prevalent in the tribal areas. ln plain areas our natural brinjals are disappearing and B’T’ brinjals are coming up to replace them. As we are opposing it, Green Hunt Operations are launched against us. The government is misleading the media that I along with some other comrades was killed in an encounter on March 25-26. Me and all other comrades are safe. The people are protecting us, keeping their eyes on us.

Not only you alone. Oh! crores of mothers of lndia!

We are safe and well. Your sons are all in the great batile. lf we win this batfle, there will be great sunrise—cool breeze, a great and new environment with no oppression and no repression. Recently Arundhati Roy visited Dandakaranya of Chhattisgarh, met many of your forest sons and wrote about them to let the outer world know of them. lf you wish to know our aim, mother, read it.

I remain. I’ll write whenever I get the chance.

Koti on beharf of Venu, Maina, Raji Reddy and thousands of sons.