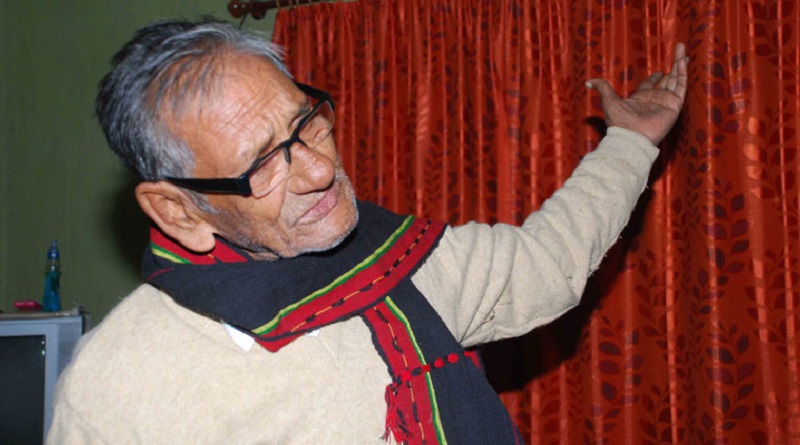 Redspark team sadly informs you that our dedicated revolutionary comrade Narayan Sanyal of CPI (Maoist) has died in his 84th year, on April 17th, 2017.

He died in hospital in Kolkata, after a long illness. Comrade Narayan Sanyal will live on in the movements that he helped build across the country; in the revolutionary inspiration and ideas that he gave; in the memories of the humaneness that he brought to every situation he touched.

Some details of his life:

A top Maoist think-tank and leader of the Communist movement in Bengal, Narayan Sanyal joined Communist Party of India – Marxist-Leninist (CPI-ML) in the ‘60s. He left his job in a bank in Kolkata to join the Charu Majumdar-Kanu Sanyal led movement. After a split in CPI-ML in the ‘70s, when Bihar’s leader Satyanarain Singh revolted against the ML leadership, Mr Sanyal was sent to Bihar to replace him. Later he was arrested and sent to Kolkata.

Mr Sanyal remained in jail till Left Front came to power and granted a general amnesty to many of the leaders associated with the ML movement in the State. But soon after his release – quite 40 years ago – Mr. Sanyal went to Bihar started working with CPI-ML – Party Unity (PU), which was an union of ML leaders in Bihar and Bengal.

He worked hard in the villages of Bihar to strengthen Party Unity at the grassroots and later merged with People’s War Group (PWG) to form the CPI-Maoist. He was arrested a decade back in Chattisgarh and kept in various jails of central India.

“Known for his mental agility and thick moustache, we often used to refer him as ‘Stalin,”’ said one of his old but jubilant party comrades in Kolkata, who now works as a publisher. Many of his old comrades in Kolkata were keen to meet him after nearly half a century later, when he was released from jail two years back.

“Though death befalls all men alike, it may be weightier than Mount Tai or lighter than a feather.” Comrade Narayan Sanyal died for the people, and his death is indeed weightier than Mount Tai. He will be remembered by the revolutionaries of the world, and in his name, and many other martyrs, we will spread the flame of Marxism-Leninism-Maoism and People’s wars!