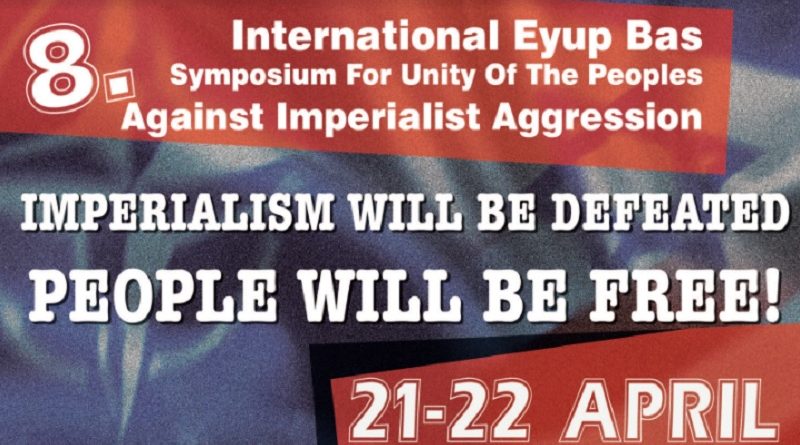 Imperialism must be defeated / People will be Free!

We carry the thousand year old rage…
We are burning the thousand year old fire
Today is the day that Spartacus lit the fire of rebellion!
Today is the time for millions of slaves to break their chains…
We will shake the palace with the steps of the slaves which shook great Rome…
We will light the fire against thousand years of darkness and slavery…
Now is not the time to give up and turn back, it’s time for rebellion…
Now is the time for the rebellion to burn the fire we lit with our hearts…
It’s time to live, to break our chains…
This world, this land that pours the labour of the people and sweat of their faces is not a war arena… Peoples that attack each other are not gladiators!
Those that turn the Middle East into fire, the responsibles for the destruction of the cities and dying the children, those that have imagined that they are the God are the imperialists.
The chain around our necks did not change, the names of the killers did.
There was Hitler, Mussolini, Franco, Samoza…
Now there is Trump, Erdoğan, Merkel!
Yesterday the slaves were sold on a market, in arena lions were set loose to enslave people…
Now gangs such as Islamic State are set loose to enslave the people…
With the state of exception, and border crossing operations the killers grow their numbers!
For free living it’s necessary to wage a war…
Not against other slaves, but against the imperialists that enslave the people…
Come, let us grow the fire, let us unite in the Symposium of the People’s Unity Against the Imperialist Aggression, let us expand the Anti-Imperialist Front!