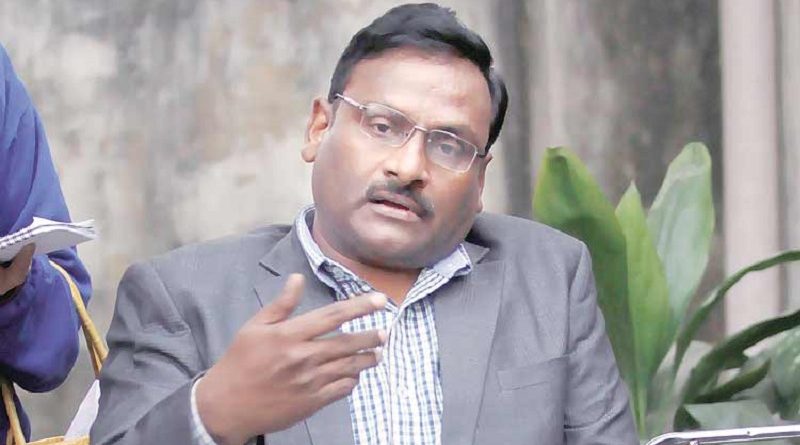 The International League of Peoples’ Struggle (ILPS) condemns in the strongest terms the highly anomalous conviction and sentencing for life of Professor GN Saibaba, Hem Mishra, Prashant Rahi, Mahesh Tirki and Pandu Narote for their alleged links to the Indian Maoists. The ILPS is one with all progressive forces in India and around the world in calling for the freedom of GN Saibaba and his co-accused political prisoners.

The only crime committed by GN Saibaba has been his consistent defense of the rights of dalits, adivasis and other exploited and oppressed masses in India. He has also been at the forefront of the campaign against the brutal counter-insurgency war called Operation Green Hunt in Central India.

This counter-insurgency war is being waged by the Indian state against the adivasis who have risen up to resist the operations of foreign mining companies that have no concern whatsoever for the destruction they cause to the environment. The adivasis have found a strong and reliable ally in the Indian Maoists in their just struggle to defend their land and their livelihood.

The Indian government has deployed around 100,000 military forces in this war against the adivasis and the Indian Maoists. The US has allowed its spy satellites to be used in Operation Green Hunt.

GN Saibaba was previously incarcerated for 14 months at the Nagpur Central Prison at which time his health condition deteriorated. His left hand was paralyzed and his heart and spinal problems worsened while in jail. Because of this, the Bombay High Court ordered his temporary release on bail based on medical grounds.

But he was later remanded back to the Nagpur Central Jail in a highly irregular manner when the courts were on winter vacation preventing his supporters from challenging the order.

We call on all the member organizations of ILPS around the world to protest the unjust conviction of GN Saibaba and his co-accused and demand their unconditional release from prison through statements of condemnation and mass actions in front of Indian official missions abroad. We likewise demand the freedom of all political prisoners incarcerated in India.