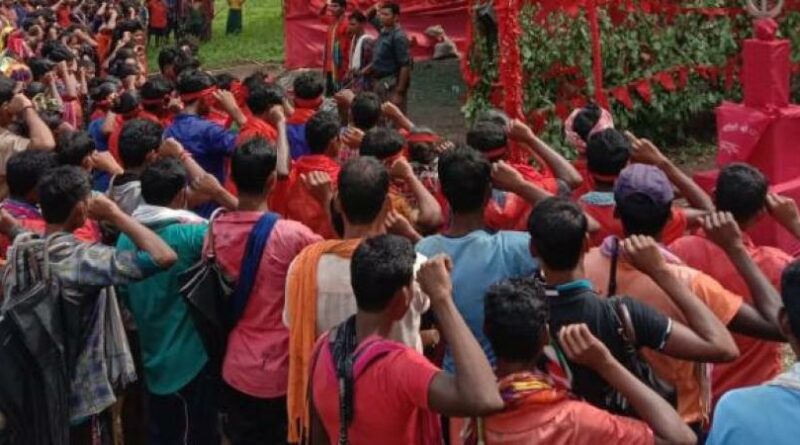 A week ago, the posters and leaflets left by the CPI (Maoist) exhorting the local tribals to support their Foundation Day celebration from September 21—27, were recovered in some parts of Bastar district.

The CPI (Maoist) came into existence following the merger of the People’s War Group of Communist Party of India (Marxist-Leninist) with another rebel outfit Maoist Communist Centre (MCC) of India in 2004.

The security forces were on alert across the strife-torn district of Bastar as senior state police officials visited the base camps in the hostile Maoist hotbed areas to boost the morale of the forces and resolve their issues.

“Of late the Maoists are preparing the video clippings and images of their meetings and circulating as part of their propaganda. This will help us in identifying their cadres as well. They force the villagers to attend their programme where the locals are misguided. There is nothing new about them holding such big meetings in remote areas where the villagers are forced to participate”, said Sunderraj P, IG of police (Bastar district).

However, the Bastar police claimed that the locals who attended such gatherings out of fear also realize the anti-tribal and anti-development attitudes of the Maoists.

The New Indian Express accessed images of the rebels celebrating their Foundation Day in the remote forested terrain of Abhujhmad, close to Bijapur district border, amid the presence of hundreds of villagers. The rebels belonging to Maad Division Committee and Bhairamgarh Area Committee reportedly attended the event that saw tribals from around 20 villages participating.

An unconfirmed report stated that besides the local leaders, several Maoist cadres were present during their show.