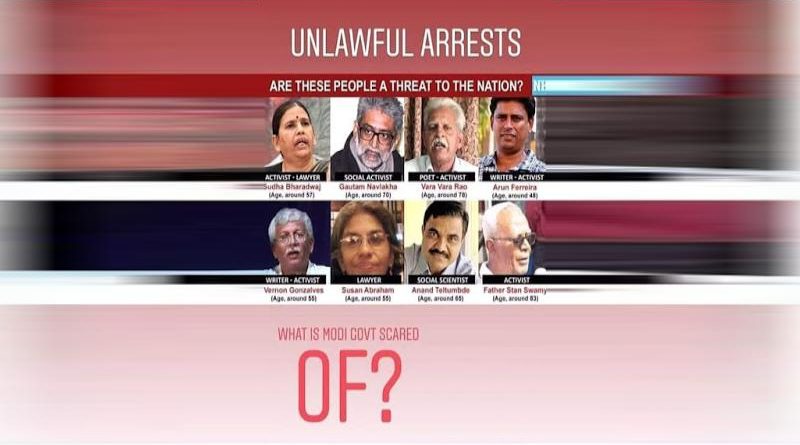 The “Galician Committee to Support the People’s War in India” strongly condemns the arrest of the activists;

and we call on progressive and democratic political, trade union and mass organizations to publicly show their rejection of this new wave of arrests of activists who serve the people by the Modi’s Fascist Saffron regime.

We demand the immediate release of all these prisoners, as well as of the activists arrested in June;

and also of Professor GN Saibaba!!