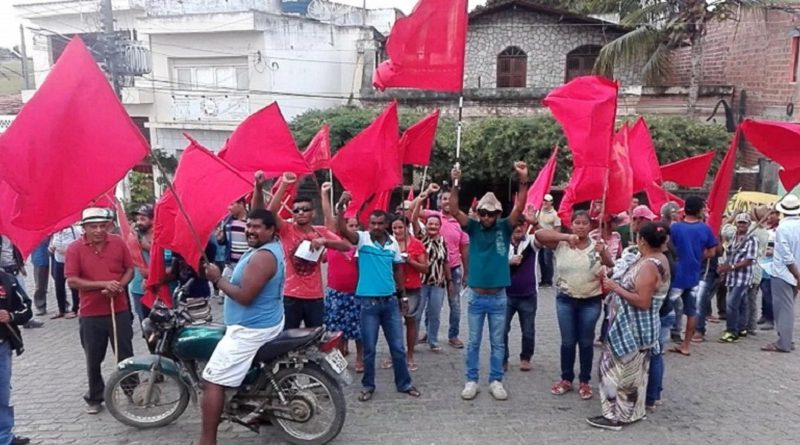 In the state of Pernambuco, in the town of Lagoa dos Gatos, more than 100 peasant families held a large demonstration on August 21, distributing more than 1,000 leaflets at the event and on the streets of the town with the title: “Resistance continues! Riachão belongs to the people!”, and on the reverse, “Do not vote, fight for the revolution!”. The objective of the demonstration was to continue the defense of the lands occupied more than 15 years ago and divided among the peasants in 2009 through the People’s Court. The demonstration joins the campaign for the defense of the Jose Ricardo revolutionary area, which started in January after another failed attempt by the widow of the former colonel “Cordeirinho” to consummate his sinister dream of evicting the peasants.

The victorious demonstration received the sympathy of large sectors of the population of the town, fulfilling together with the defense of the lands, the diffusion of the agrarian revolution and the denunciation of the electoral farce. The march culminated in a resounding upheaval in front of the town forum, where a meeting organized by the League of Poor Peasants (LCP) was taking place in parallel to reaffirm and substantiate the legitimacy of the peasants’ ownership.

It was another important step in defending the land against the mandate for the reinstatement of illegal possessions that had been issued earlier this year (but successfully overthrown by the resistance and combativeness tens of the dozens of peasant families and their supporters). At the end of the event, the families sealed their commitment to continue resisting and defending the struggle in defense of the land for those who live and work there. 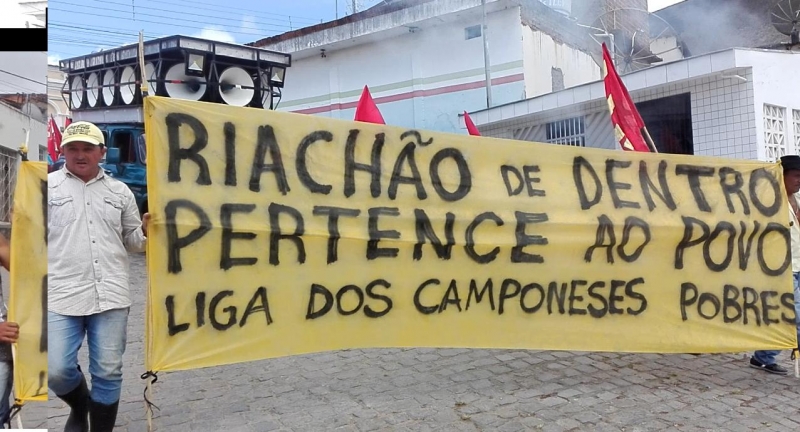 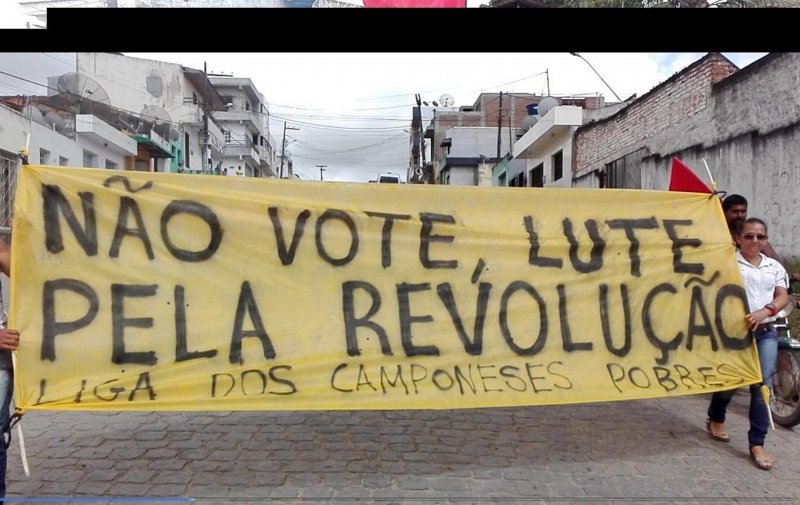