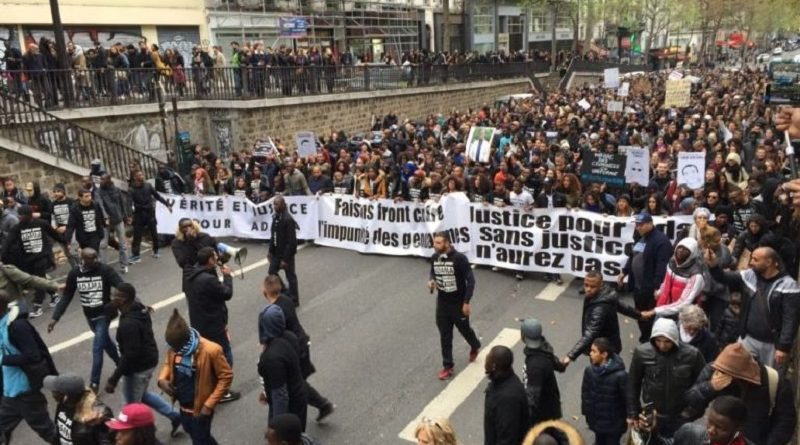 Since the assassination of Adama more than four months ago, Nathalie GROUX, UDI Mayor of Beaumont-sur-Oise, did not even say a few words about the affair and prohibited several rallies for Adama in Beaumont, and had now the nerve to announce her intention to file a complaint against Adama’s sister, Assa, for “defamation” because she told the truth to the Grand Journal of Canal+: “the Mayor of Beaumont-sur-Oise has chosen her side, she is on the side of the cops, that is to say on the side of police violence”. And as if that were not enough, she applied for functional protection for her legal proceedings, that is to say that the municipal budget bears all the costs related to her court procedings, amounting to 30,000€!

The Traoré family then called to participate in the municipal council of November 17, as it is possible to do for every citizen, and where the question of the functional protection of the mayor was on the agenda. Obviously, the gendarmes and policemen were waiting for the Traoré family and their supporters. Some had been able to enter the council, but the mayor did not accept it and ordered the police to expel the Traoré family and their supporters. There had been no clashes, but that did not stop the cops from using tear gas on those gathered. That night, the gendarmes raided the neighborhood of Boyenval, the neighborhood where the Traoré family lives. They attacked the youth, even fired tear gas into homes through windows, and beat them up when, once again there had been no clashes. Samba Traoré, one of Adama’s little brothers, was beaten up by five gendarmes at that time. It was clearly a punitive expedition intended to punish the gathering at the municipal council on behalf of Nathalie GROUX, who let us not forget, had shared on her Facebook a publication calling on “native-born citizens” to arm themselves and come to help “poor policemen”!

The city council session was canceled and postponed to November 22, but Youssouf and Bagui Traoré, two Adama brothers, were arrested and placed in police custody for “belligerence”, “rebellion” and “death threats”! Thoses charges were entirely based on testimony from police and gendarmes. The State went after the Traoré family, who dared to fight. The city council session was finally canceled for “security reasons”. Youssouf and Bagui Traoré were placed in pre-trial detention until their judgment on December 14 and in response, young people rebelled that night.

While he too had not said even a single word for Adama and, on the contrary encouraged the action of the cops, Interior Minister Cazeneuve received Nathalie GROUX a few days ago to assure her that “the reinforcements are already deployed” in Beaumont and that the Val-d’Oise will be “maintained, even reinforced, as much as necessary”.

A large demonstration took place in Marseille to demand justice for Adama and freedom for Youssouf and Bagui. In Paris, a demonstration gathering more than a thousand people also took place on November 5 despite the first demonstration in Paris being blocked by the police. Assa Traoré and her entire family continues to speak despite pressure from the State and the “Justice”. We are with the Traoré family to go as far as possible in their judicial struggle against Adama’s murderers, but as Assa Traoré has said repeatedly, to change everything, we need a revolution, a revolution that will radically change society and destroy the capitalist system and all the police and racist logic that exists behind it.

We would also like to pay tribute to Jean-Pierre Ferrera, a 51-year-old man killed in Echirolles by five police officers on the October 28, and his family, who still has not had access to the case for one month now, and who today also mobilizes to demand justice.

Justice for Adama, Jean-Pierre, and all victims of police violence!

We are right to rebel!

Freedom for Youssouf and Bagui! 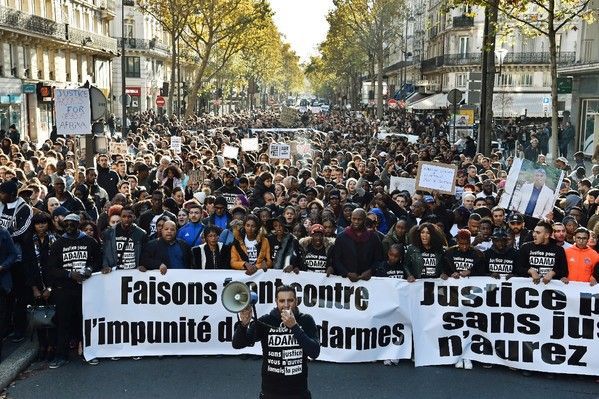