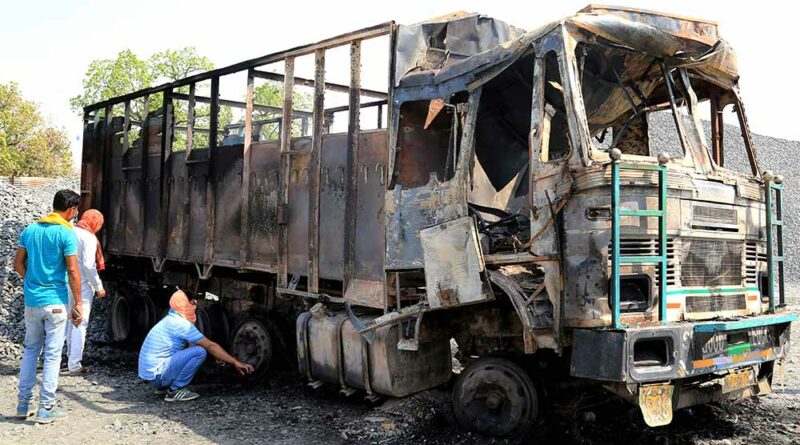 Balaghat District, January 31, 2021: A squad of at least 15 CPI (Maoist) cadres set ablaze a truck and two tractors of a road construction company in Balaghat district of Madhya Pradesh state in the early hours of Sunday, police said.

“As many as 15 members of Communist Party of India (Maoist) Tanda Dalam set a truck and two tractors afire on a road connecting Devarbaili to Malkuan village, a Maoist affected area, to stop the construction,” Tiwari said.

Three teams of the Hawk Force, an anti-Maoist unit of the Madhya Pradesh police have launched search operations in the area to nab the Left wing rebels, said the SP.

The movement of Maoists has increased in Balaghat region. Four Maoists were gunned down while one was arrested in Balaghat region in the past one year. A few days ago, Maoists allegedly distributed some pamphlets in the villages of Balaghat threatening villagers of dire consequences if they helped the police personnel, Tiwari said.