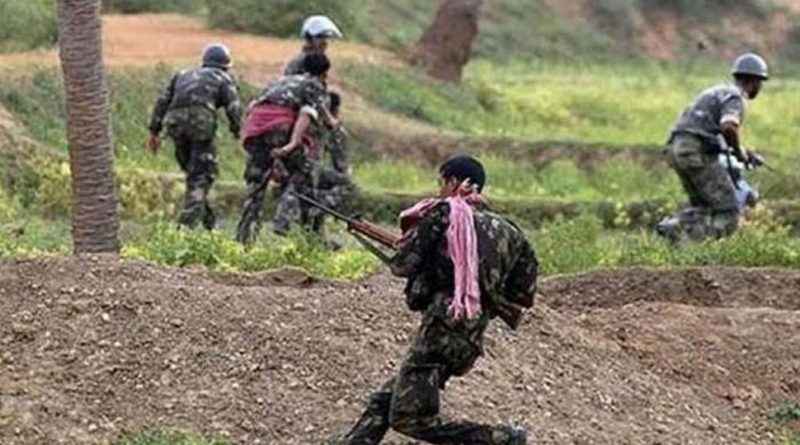 KOLKATA: After about six years of peace in West Bengal’s Jangalmahal since the death of Maoist leader Mallojula Koteswara Rao also known as Kishenji, the spectre of Maoists seems to have come back to haunt the administration, as they are attempting to regroup in this region.

Officers in central intelligence agencies said that activities of the armed squad led by state secretary Akash have recently increased in the villages along Bengal-Jharkhand border in the districts of Jhargram and Purulia in West Bengal.

R R Bhatnagar, the DG of CRPF, recently confirmed this news during his visit to Kolkata to attend a meeting with the ADGs, DIGs and IGs of the state that falls within the central zone.

“Yes, there are reports of Maoists regrouping in Jhargram, which still falls under the worse affected districts,” Bhatnagar when asked by DNA/ZEE NEWS on the preparedness to take on the Maoists head-on in Jhargram.

Until recently, Bengal had four districts listed as worse affected by Left-wing Extremism. However, due to the past five-six year’s peace in this forested belt of southwestern West Bengal, only the district of Jhargram is now listed as LWE affected.

Significantly, these renewed Maoist activities come at a time the districts of Jhargram and Purulia are heading for political turmoil with the ruling party, Trinamool Congress, starting to lose its grip.

It was evident from the results of the recently-held rural polls that resentment against Trinamool Congress is growing among the people of Jhargram and Purulia, where people at some places supported BJP and independent tribal outfits at some other places to defeat the ruling party leaders.

A senior police officer said that it was a similar period of political turmoil in the last 1990s that helped Maoists gain a foothold in West Bengal. During 2010-11, Maoists led by Kishanji had wrested control of significant parts of the districts of Jhargram, Purulia, West Midnapore and Bankura. However, the Maoists’ organisation broke down virtually overnight after the death of Kishanji.

Presence in parts of Bengal:
If intelligence inputs are to be believed, Akash along with his squad has been located in places like Belpahar in Jhargram district, Binpur in West Midnapore and Bandwan in Purulia. However, Akash and his squad members are not risking night stays in Bengal.

Who is leading this rebellion?
Akash alias Ashim Mandal, a native of Bengal’s West Midnapore district, is the sole member of the state committee who is out and alive. After Kishenji was killed by joint forces in 2011, other members of the state committee have either been killed or jailed or surrendered. Akash, according to the last press note released in 2016, mentioned himself as the state secretary, Bengal.

Squad members:
The eastern regional bureau of CPI(Maoists) that comprises – Bengal, Jharkhand, Bihar and Assam is headed by the politburo member Prasanta Bose alias Kishan da. The 70-year old Bose is based out of Jharkhand according to reports. Akash, state secretary reports to him. His squad reportedly comprises 12-15 members. The prominent faces in Akash’s squad are Sachin alias Ramprasad Mardi, Dilip Singh Sardar, Kamal Maity, Madan Mahato and his wife Joba. The squad also consists of female members led by Joba.

Vacuum created:
After Kishenji’s encounter in the year 2011, the state committee ceased to exist. Reports say that Akash’s squad is in the preparatory stage for building the state committee. Bengal is no longer a guerrilla zone in Maoists parlance that it used to be just eight years back. Close to 500 guerrillas, more than 10 squads of the People’s Liberation Guerrilla Army (PLGA) once existed. Purulia alone had a platoon of 34 guerrillas. Now, not a single such squad exists. Akash’s squad is the sole existing squad and is presently trying to revive old contacts, develop a strong information network and regain lost hold.

Government’s proactiveness:
Soon after the CRPF DG RR Bhatnagar held an internal conference on July 20, 2018, in Kolkata, a coordination meeting was held between Bengal police, Jharkhand police and CRPF officials discussing the activities of Akash’s squad.